The Wolverine Disappoints at Box Office

The Wolverine grabbed $53.1 million at the box office over its opening weekend, which may sound like a lot before considering that the blockbuster’s opening-weekend take was expected to be closer to $80 million, and the film faced virtually no competition. Wolverine’s opening numbers are actually right on par with X-Men: First Class, which took in $55.1 million during its opening weekend in 2011. 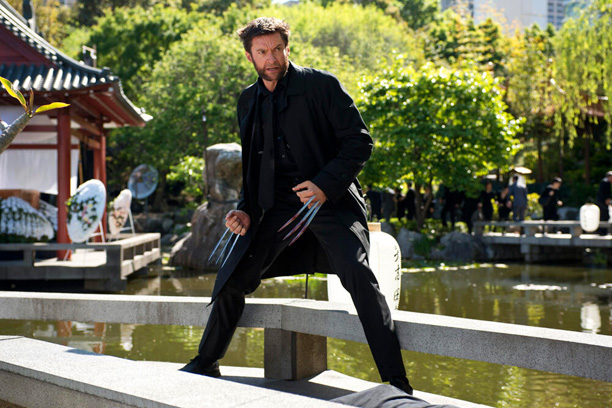 It was a bit of a mixed bag for the sixth installment of 21st Century Fox’s X-Men film franchise, which still easily led the weekend box office. The Wolverine opened 38 percent below the $85.06 million start of 2009’s X-Men Origins: Wolverine. That The Wolverine was not able to outpace First Class was underwhelming, especially since First Class didn’t have the advantages of higher priced 3D admissions or of having Wolverine in a key role.

On the heels of the previous weekend’s stronger than expected start, Warner Bros.’ The Conjuring held up nicely for a horror film in its second weekend. The modestly budgeted James Wan directed film grossed $22.21 million to place in second. That represented a 47 percent decline from its opening weekend. The Conjuring is having the type of performance not normally seen from horror films (especially in recent years) and will surpass the $100 million domestic milestone soon.

Also holding up last weekend was Universal Picture’s Despicable Me 2. The computer animated blockbuster from Illumination Entertainment fell 34 percent to place in third with $16.42 million. In the process Despicable Me 2 surpassed the $300 million domestic milestone last weekend, making it just the second release of 2013 to do so (the other being Iron Man 3). Despicable Me 2 reached the milestone in 25 days and grossed $306.39 million in 26 days. The film will soon face new competition for family audiences, with Sony’s The Smurfs 2 arriving on Wednesday, and Fox’s Percy Jackson: Sea of Monsters and Disney’s Planes both arriving the following week.

In fourth place was computer animated film Turbo with $13.74 million. The Fox and DreamWorks Animation release was down 36 percent from its previous weekend’s debut. Turbo grossed $56.18 million in 12 days of release. That places Turbo 15 percent ahead of the $48.84 million 12-day take of last year’s Rise of the Guardians. However, given the previously mentioned new family films on the horizon and the holiday boost experienced by Rise of the Guardians later in its run, Turbo will be hard pressed to remain ahead of the pace of Rise of the Guardians. In other box office news, Sony’s Grown Ups 2 surpassed the $100 million domestic mark last weekend. The Adam Sandler led comedy sequel placed in fifth for the weekend with $11.60 million.

In its first weekend of wide release, The Weinstein Company’s Fruitvale Station took in $4.59 million to place in 10th. The early awards season hopeful will have to depend on strong word of mouth and awards buzz rather than theater expansions going forward. Fruitvale Station grossed $6.27 million to date, which is a strong showing given the film’s ultra-low budget.