The Conjuring Scares Its Way to the Top

The Conjuring easily led the box office last weekend with an impressive $41.86 million debut. The R-rated horror film from Warner Bros. exceeded its rising pre-release expectations and performed especially well with its modest price tag in mind. Strong reviews and early word of mouth are clearly helping The Conjuring and it appears that the film’s subject matter and strong marketing campaign are helping it appeal to more causal horror fans to begin with. 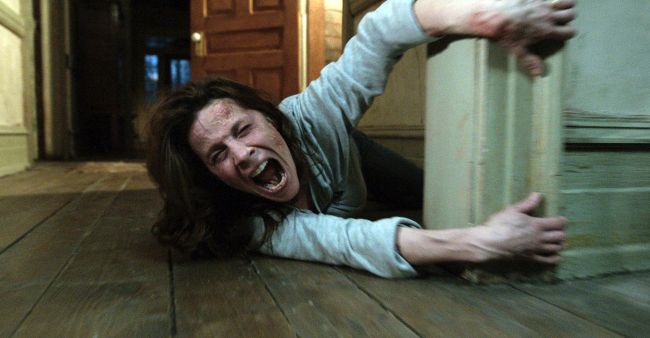 The Conjuring debuted at the top of the box office last weekend. (Photo courtesy Warner Bros.)

Universal Picture’s Despicable Me 2 was able to hold off the weekend’s other three new releases to take second place. The computer animated blockbuster from Illumination Entertainment fell 43 percent to gross $24.91 million. That represented one of the weekend’s better holds among wide releases, which is a sign that the film is now stabilizing by family film standards, especially given the new competition it faced from fellow computer animated film Turbo. Despicable Me 2 has grossed $276.01 million in 19 days, making it the third highest grossing release of 2013 domestically so far.

20th Century Fox’s Turbo opened in third place with $21.31 million. The latest computer animated film from DreamWorks Animation debuted towards the lower end of expectations, which were already relatively low for a DreamWorks Animation release due in large part to the film arriving on the scene so shortly after Despicable Me 2. Since its debut on Wednesday, Turbo has grossed $31.02 million in its first five days of release.

Opening a bit below Turbo was Lionsgate’s Red 2. The Bruce Willis led action sequel debuted in fifth place with $18.05 million. That was slightly below expectations and was 17 percent softer than the $21.76 million start of 2010’s Red.