The 160-seat eatery at 14th and W is influenced by Isabella’s travels through Northern Greece and Macedonia. At a sneak peak earlier this week, we got to look at the menu which is divided into spreads, barely raw mezze, cold mezze, garden mezze, ocean mezze, spit roasted and chef tasting menu — 60 percent of the dishes are vegetarian. 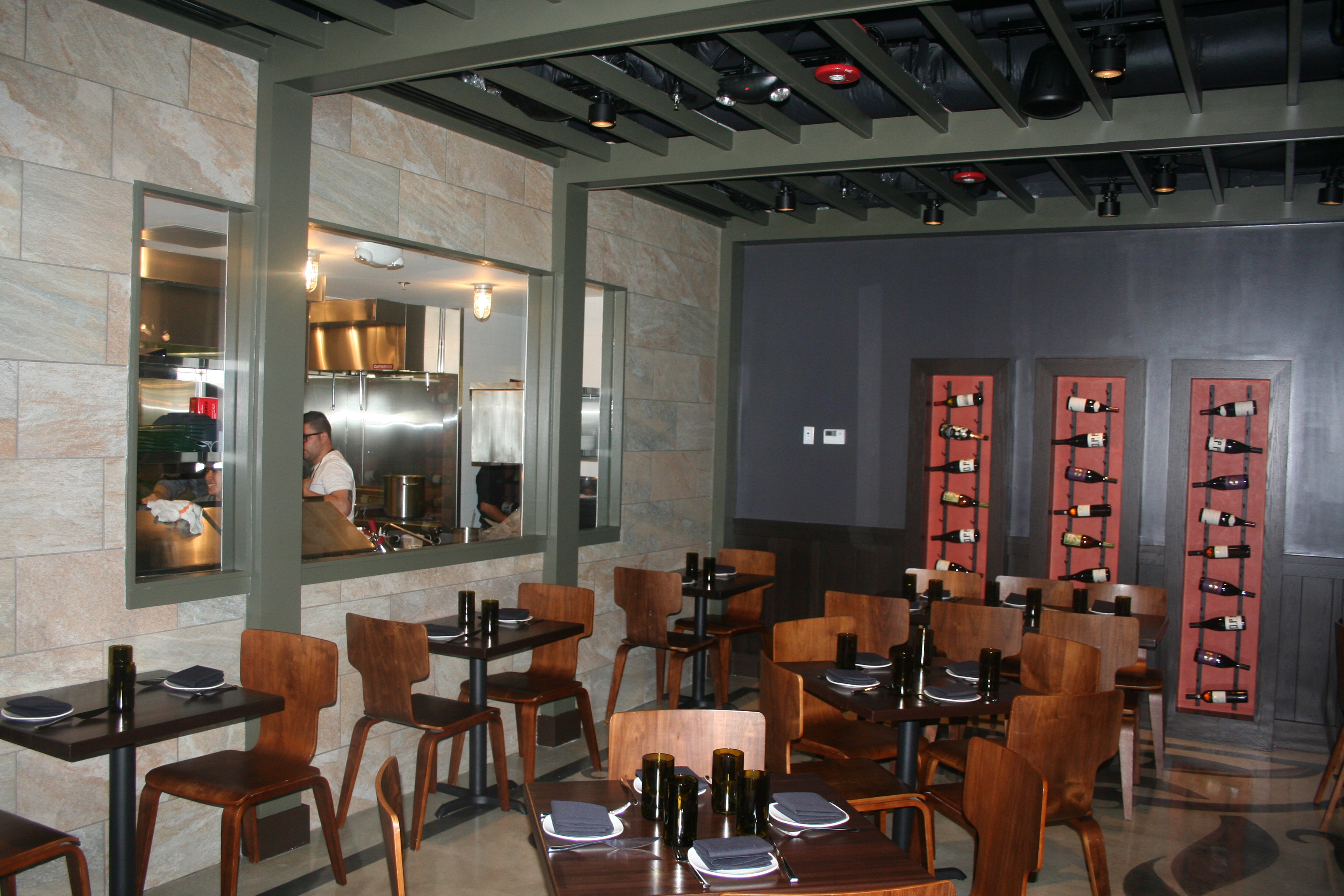 Why would an Italian-American from New Jersey open a Greek restaurant?

“I was the executive chef at (José Andrés’) Zaytinya and trained at (Atlanta’s Greek restaurant) Kyma,” Isabella told DC on Heels “It was a restaurant I always wanted to do. Now’s the time to do it. I want to bring back the classics.”

The menu will feature a rotating classic each night. Monday is moussaka, Tuesday is avgolemono and Wednesday will be keftedes. Saganaki is Thursday’s classic, spanakopita on Friday, kapama on Saturday and souzoukakia on Sunday. Kapnos also has a wood grill for phyllo pies and flatbreads cooked to order.

Isabella worked closely with his business partners, brothers George and Nick Pagonis, on the menu. His chef de cuisine and general manager, respectively, are the sons of Greek immigrants and speak fluent Greek.

The spreads selection includes the traditional tzatziki and hummus while the barely raw items include bronzino and clams. Spicy watermelon and charcoal roasted fennel are included in the selection of cold mezze, while gigandes (giant beans, onion seeds, bulbs, stems and flower) and fava are among the garden mezze. Charred octopus with grapefruit, fennel and cucumber and a 2 pound salted, baked whole fish (24 hour notice required) are on the ocean mezze menu. But the highlight of the menu are the spit roasted meats all served with an ancient grain salad.

“We’ll have whole lamb, whole goat and whole baby pig everyday along with chicken,” Isabella said. “I’ve been cooking Greek food for a large part of my career, and with Kapnos I really wanted to show a different side of Greek cooking in D.C. That’s why we’ll be spit-roasting whole animals every day – it’s a taste of Northern Greece, and a different way of enjoying a cuisine that a lot of people think they already know.”

The interior of the 160-seat restaurant is heavily influenced by Isabella’s travels with warm earth tones accented by Byzantine detailing, whimsical floor art and custom lighting made from suspended wine glasses and bottles. The dining room wraps around the open kitchen. There’s also a 10-seat chef’s table made of individual mesquite blocks with a carving station to serve whole animals right in front of the two custom wood grills cooking the whole animals. There is also a 38-seat semi-private dining area that features deep velvet curtains, punched metal Moroccan lanterns and a window view into the kitchen.

A window-encircled 50-seat bar adjoins the dining room and is home to the restaurant’s extensive wine selection and Greek-influenced beverage program. The bar has two communal tables made from the same tree. The drink menu includes a trio of lemonade cocktails, including one made with grilled lemons and three wines. There are house-made sodas and the wine list includes 150 bottled and 25 by-the-glass offerings that draw heavily from Greece. The cocktail program includes a dozen libations using head mixologist Taha Ismail’s house-made sodas and bitters as well as the flavors of Greece with regional ingredients and liqueurs. 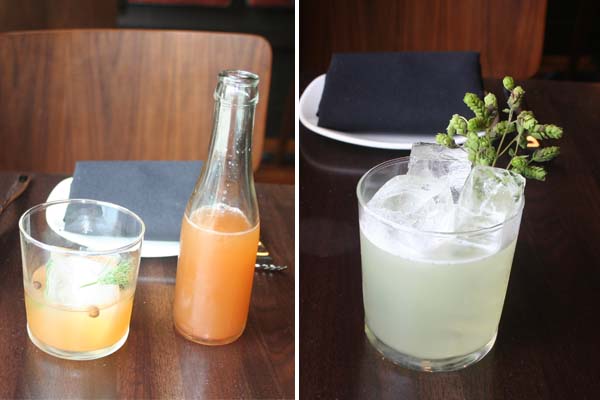 Kapnos “Smile Like a Doughnut” and “Turkish Fabio” are among the new restaurants’ drink menu. (Mark Heckathorn/DC on Heels)

In the weeks following the opening of Kapnos, Isabella will debut his G sandwich shop next door. G will serve Italian sandwiches by day (some of which will use meats from Kapnos’s whole animal roasts), and offer a fixed-price four-course tasting menu by night. The menu will be more traditional Italian than Graffiato.

The bar opens daily at 4 p.m. Dinner is served beginning at 5 p.m.