Mike Wazowski and James P. Sullivan are an inseparable pair, but that wasn’t always the case. From the moment these two mismatched monsters met they couldn’t stand each other. Monsters University is a prequel to the original Monsters Inc. and tells how Mike and Sulley met, became friends and learned to be really scary during their days at Monsters U. 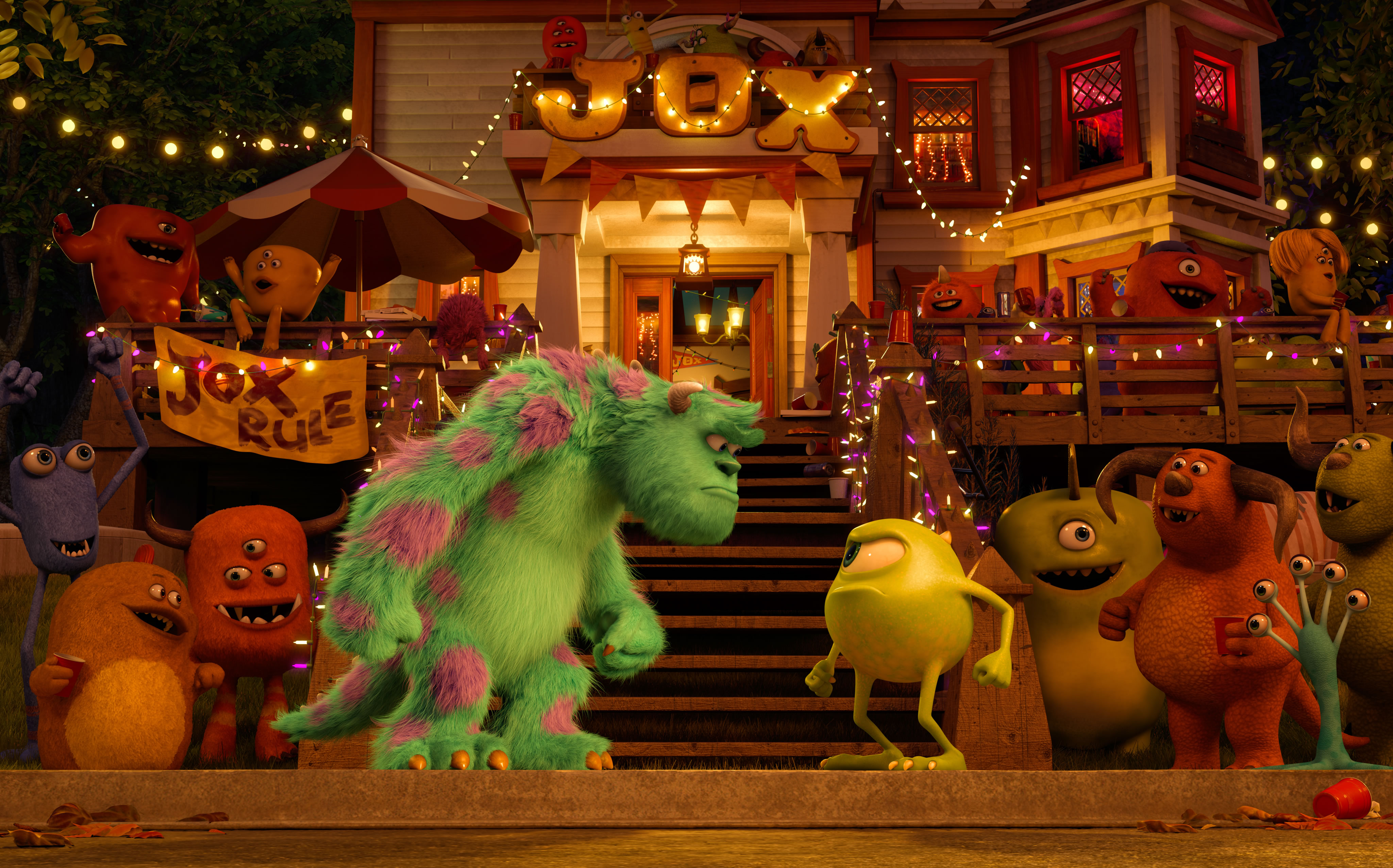 We start with a pea-sized Mike (wearing braces and voiced by Billy Crystal) on a middle-school field trip to the Monsters Inc. plant, where the top scarers are as idolized as pro athletes. After an unauthorized trip crossing the monster-human divide, he resolves to attend Monsters University and its elite School for Scaring program, no matter how cute and harmless the world thinks he is.

Although a line in the first movie suggests that they met in sixth grade, Monsters University traces the friendship of young, one-eyed Mike Wazowski and big, blue John “Sulley” Sullivan (John Goodman) to their university days. The first encounter happens in a scaring class, when the hard-working Mike — who thinks that if he studies hard enough, he can become one of his world’s Scarers — is overshadowed by Sulley, who believes that he can coast on his family’s frightening good name.

The relationship between Mike and Sulley unfolds within the confines of a college movie, with fraternities like Roar Omega Roar (ROR) and its president, a strutting big monster on campus, Johnny Worthington (Nathan Fillion). Sulley appears slated for a ROR letter jacket, while Mike ends up in loser land with Oozma Kappa (OK). The usual oddball assortment of soft and squishy geeks and freaks, the OK dudes shake and quake as Mike resists their charms and fights for their right to be Scarers.

While Mike hits the books to learn every child-scaring behavior, he soon becomes Sulley’s enemy. When their escalating rivalry gets them both thrown out of the program, they end up joining the outcast Oozma Kappa fraternity, where if they sign up for the annual “scare games,” they have a chance to win back their academic spots.

Eventually the two lead the geeky-clumsy OK fraternity brothers (voiced by Steve Buscemi, Sean Hayes, Dave Foley and others)in a series of competitions with other far-cooler fraternities. They must win in order to be able to stay in the scaring school, which is run by uptight Dean Hardscrabble (Helen Mirren).

Monsters University is an imaginative, raucous and wildly inventive cartoon of a movie. But the originality and stirring emotional complexity of Monsters, Inc., with its painful and touching parallels with the human world, are missing. Monsters Inc. presented a typically Pixar, self-contained original world. Monsters University, by contrast, is padded with pop-culture references, from Harry Potter to The Hunger Games to the teen horror classic Carrie, giving it a second-hand quality. Also, there are no significant female characters. Rated G. Opens June 21, 2013.