This past holiday weekend, moviegoers gorged themselves on high-profile sequels powering the box office to a record-breaking Memorial Day take with the top 10 films grossing over $305 million during the extended Friday-
to-Monday weekend. It was one of the five biggest overall box office weekends ever. 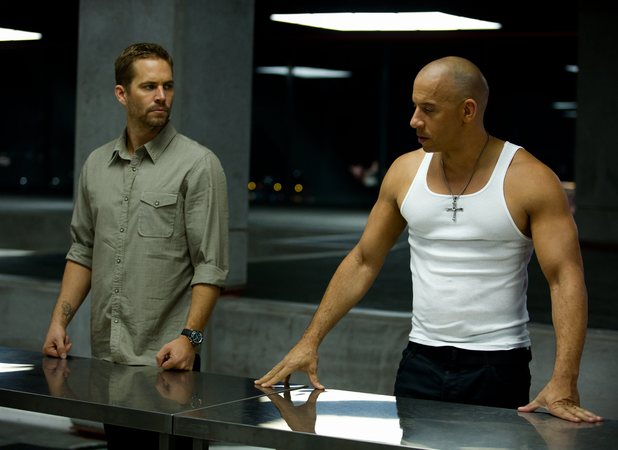 The leader was the high-octane opening of Universal Studio’s action hit Fast & Furious 6, which generated the best debut in the 12-year franchise history with $117 million over the four-day holiday. Starring Vin Diesel, Paul Walker and Dwayne Johnson, the latest PG-13 installment averaged a muscular $31,995 from 3,658 theaters with no help from any 3D gimmickry. Since Diesel’s return to the popular series with 2009’s Fast & Furious (the fourth installment), the opening weekends and final grosses have risen sharply with every new installment. Producers know to add something new each time to keep customers interested. Instead of franchise fatigue, audiences have become even more excited. The last film, Fast Five from April 2011, opened to $86.2 million on its way to a $209.8 million domestic final and $629 million worldwide total — all franchise highs. Part 6 is now looking to beat all of those marks.

Three of the four biggest opening weekends in company history for Universal are from the last three Fast installments. From day one in June 2001, the series has invested in ethnically diverse casts, which has broadened the consumer base. Sales from urban youth have always been key. And appeal has been strong with women too. This weekend’s audience breakdown showed a 49 percent female crowd, which is incredibly high for a macho action sequel; 57 percent were age 25 or older and 32 percent were Latino.

Suffering the opposite franchise trajectory was Warner Brothers’ The Hangover Part III, which opened in second place with $50.2 million over the four-day weekend, which was half of what its predecessor did over the same holiday weekend two years ago. The new chapter grossed $63 million from Thursday-to-Sunday, down 53 percent from Part II. Though a huge commercial blockbuster, the second part was widely criticized by audiences as being a lazy copy of the first film’s plot and that prompted many to lose interest in a third entry.

Paramount’s Star Trek Into Darkness fell from its number one spot, but held up well given the intense competition. It dropped 33 percent and the long four-day gross was $47 million pushing the total up to $156 million. After opening below expectations, the Paramount release is benefiting from good word-of-mouth with a decline that was commendable for a sci-fi sequel.