Beyonce Knowles-Carter and husband Shawn Knowles-Carter (better known as Jay-Z) are expecting their second child, sources confirmed to E! News Friday, just days after she canceled her concert in Antwerp, Belgium ”as a result of dehydration and exhaustion.” 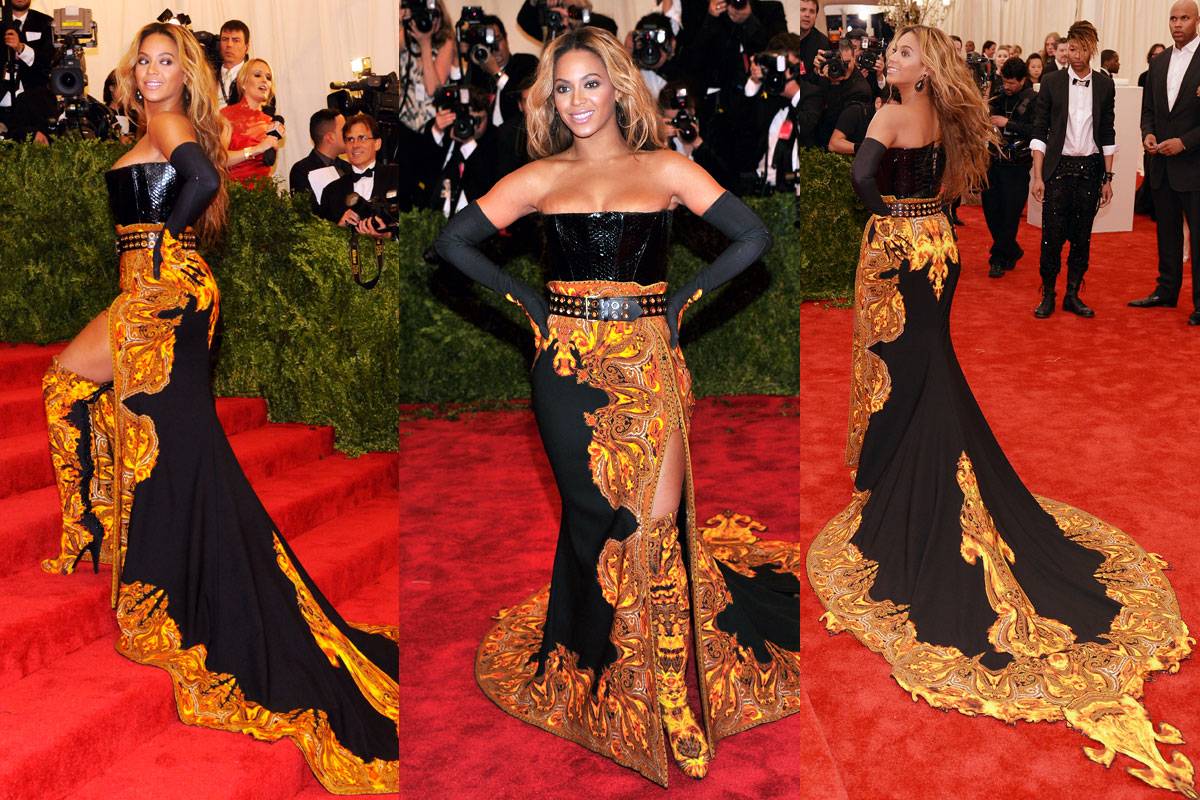 Beyonce at the Met Ball in New York City earlier this month. (Splash)

Rumors began in early May

Beyonce’s pregnancy speculation began earlier this month when she wore a black and gold Givenchy gown to the Met Ball in New York City, which carefully concealed her midsection. But rumors went rampant on Tuesday when Beyonce was forced to cancel her concert in Antwerp. She revealed that she was too sick to perform and had to see doctors.

Bey later apologized for the cancellation in a handwritten note posted to fans on her Tumblr saying, “I’ve never postponed a show in my life. It was very hard for me. I’m sorry if I disappointed you.”

On Friday, multiple sources confirmed to E! News that the two are in fact expecting their second child!
The news comes after the proud mom gushed about Blue Ivy May 6 on Good Morning American.

“I would like more children,” Beyonce said. “I think my daughter needs some company. I definitely love being a big sister and at some point when it’s supposed to happen.”

While Beyonce is in the midst of her Mrs. Carter Show World Tour, a source close to the singer told E! News that her pregnancy will “likely not” impact any of the shows.

She has 40 tour dates left — 12 in Europe and 28 in North America — and her final date is Aug. 5 in New York City at the Barclays Center. She is expected to continue her tour through the summer as planned. She’s scheduled to perform July 29 and 30 at the Verizon Center in D.C. as part of her tour.

Beyonce is used to performing while pregnant — she announced her first pregnancy with baby Blue Ivy Carter at the MTV Video Music Awards in 2011 when she was already five months pregnant.