You Wanna Be on Top?

Jaslene Gonzalez, winner of America’s Next Top Model (ANTM) Cycle 8, visited Washington, D.C., this past weekend to co-host the West Potomac Academy Fashion Design show, “From Concept to Catwalk.” Between a catwalk competition, a dance-off and words of wisdom to those seeking a career in fashion, Gonzalez’s vivaciousness was as much a star of the show as the surprisingly stunning student designs we were there to see. 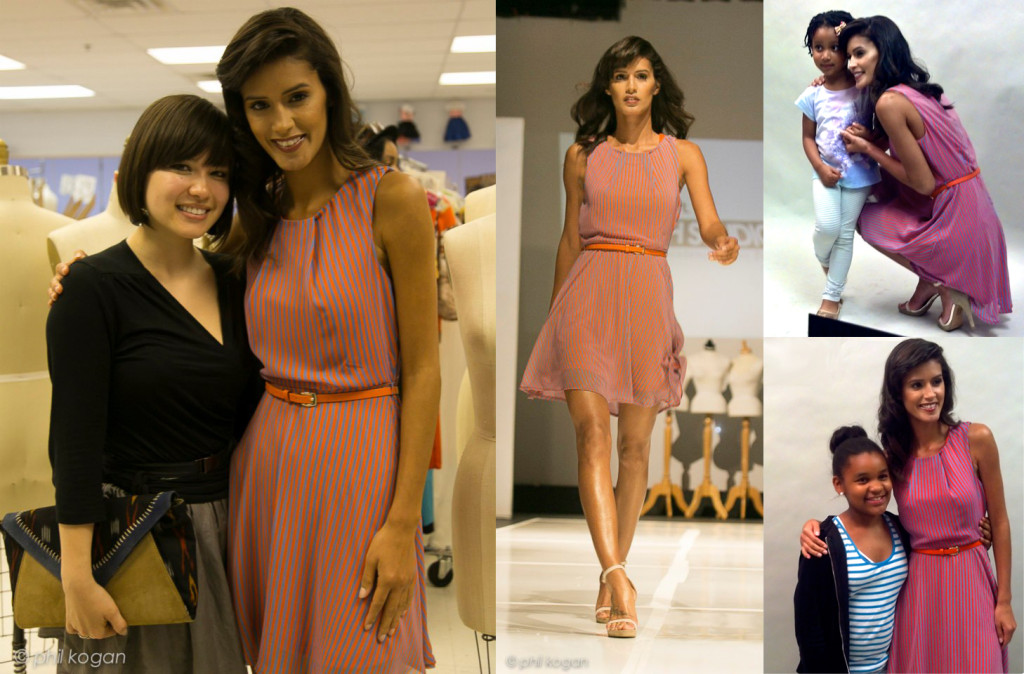 ANTM’s Jaslene Gonzalez and the author, and Gonzalez walking down the catwalk. (Photos by Phil Kogan) Gonzalez also posed for and took photographs with young girls. (Photos by Liz Parker)

D.C. isn’t necessarily known in the fashion world for being a center of style, but it is slowly becoming a budding fashion scene thanks to designers and talented creatives who hail from the DMV. I actually heard about this fashion show from a photographer I met at a previous event. He told me that as a high school show way out in the Alexandria suburbs, it doesn’t get as much coverage as it deserves, but it’s actually one of the best productions in the area.

Having co-hosts Gonzalez and Guy Lambert of WPGC 95.5 radio present the show definitely brought it some credibility. They both agreed that D.C. is finally beginning to be known for fashion. One small reason of which is due to the West Potomac Fashion Design. A career-based academy in Alexandria for fashion forward high school juniors and seniors, the program teaches students college level skills in draping, garment construction, illustration and marketing. Every year, the students produce a professional caliber fashion show and are involved in producing all the garments for their collection and other aspects of the production. Along with students, industry designers Nam Nguyen, Speak Vintage, Walish Gooshe and My Bougie Baby were also invited to share their new collections. This year’s show was sponsored by Fashion Group International, Fashion Fights Poverty, Krispy Kreme, Nation Tours & Transportation, Paul Mitchell Tyson’s and WDCW DC50TV CW Television.

For a high school edition fashion show, I was definitely impressed. Some collections probably could have used more time, but for the most part, the collections were unified, well-crafted and unique. I could’ve bought a dozen of the looks that strutted down the catwalk that night. 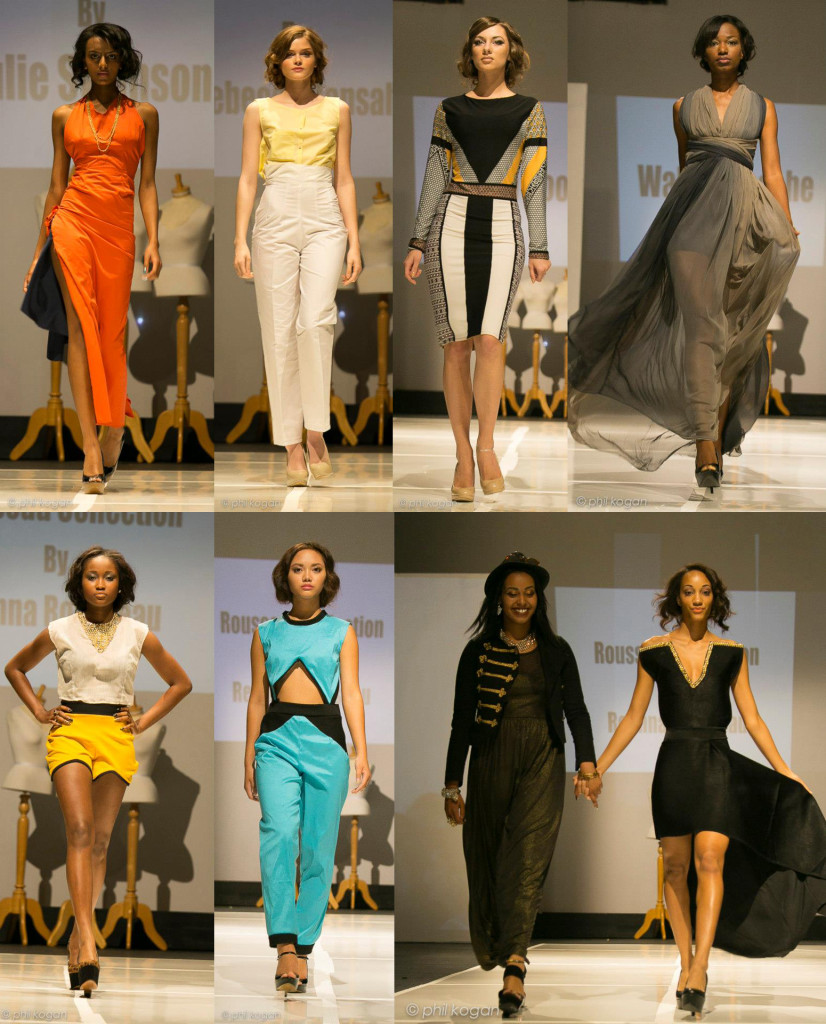 As great as the designs were, Gonzalez’s presence was the cherry on top. In between designers, she shared a few tidbits about her life as a model since winning ANTM. During a show, she said life backstage is hectic. A lot of work and energy goes into what amounts to a minute or less of walking time on the runway before her role in the show is over. Her advice to aspiring models is to try and enjoy all the moments, the good and the bad. Most importantly, she said, what success comes down to for a model is confidence. It influences how you walk, carry a dress. Every time she’s on the catwalk, she says she walks like she’s the prettiest, baddest girl in the show.

Her other piece of advice to designers and models was to explore outside the U.S. She said a lot can be gained from getting out of the country and traveling. In the end, they may actually end up finding more work abroad. Gonzalez herself was recently featured in India Vogue and has had a lot of success overseas.

Jaslene competing against two young girls in a dance off to Psy’s “Gagnam Style.” (Photos by Phil Kogan)

But don’t take this woman too seriously. I think the most valuable lesson I learned from her that night was HAVE FUN! Gonzalez is not only stunning and elegant, she’s also silly and is fine with looking like a fool. She demonstrated this when she invited two young girls up for a dance off to Psy’s Gangnam Style and pranced around with them, laughing the whole time.

It’s apparent Gonzalez loves what she does. I think the same could also be said for all the designers featured that night. They were all grinning ear-to-ear, elated and proud. I’d love to see them make it in the fashion world, and as cut throat as it is, I think they stand a pretty good chance.

Liz Parker is a NOVA girl with a long love affair with Washington, D.C. A self-proclaimed Washingtonian, she spends her days and nights coffee shop hopping and wandering around the city. She’s fascinated with street-style fashion and has a soft spot for thrift and vintage shops.
2 Comments