In the first part of this series, we told you that Lost and Hawaii 5-0 star Daniel Dae Kim was at The Spin Room party at Heist nightclub.  The actor was also among guests on the rooftop terrace of the Hay-Adams on Friday, April 26. Kim was an honored celebrity at Voto Latino’s Our Voices: Celebrating Diversity in Media event. When we spoke to him on the red carpet, Kim told DC on Heels about a brand new project that he was working on.

“I’m just in the beginning stages of developing a project with an author named Mike Kim. He spent several years trying to help refugees from North Korea escape to South Korea. We’re working together to try to get that project developed,” said Kim. “I think North Korea is always topical and being from South Korea, I feel a particular kinship and connection to stories of a separated country.” 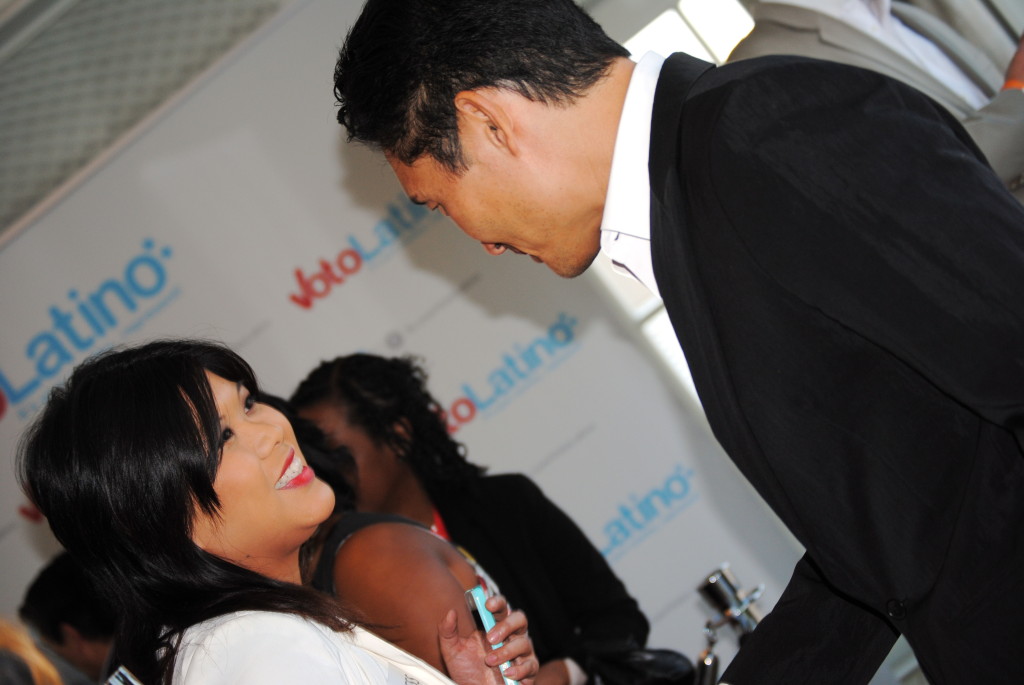 The event was packed to the brim with a socially and ethnically-diverse group of journalists and celebrities, an image that echoed the theme of the event. Celebrities included Olympic gold medal-winning gymnast Gabrielle Douglas, CBS’ Norah O’Donnell, Health and Human Services Secretary Kathleen Sebelius, Los Angeles Mayor Antonio Villaraigosa and MSNBC’S Alex Wagner.  Wagner stopped by to give DC on Heels some pre-White House Correspondents’ Dinner words of wisdom.

“Last year I was wearing insane Kenzo heels — literally my date was carrying them around by the end of the evening,” said Wagner. “So, this year, I made a concerted effort to wear flats and I will be wearing flats tomorrow … I think my conversations will be better, more interesting and more fruitful because of the fact that I won’t be in excruciating pain … That’s my advice: Comfortable footwear and staying hydrated. Ladies, it’s a marathon, not a race.” 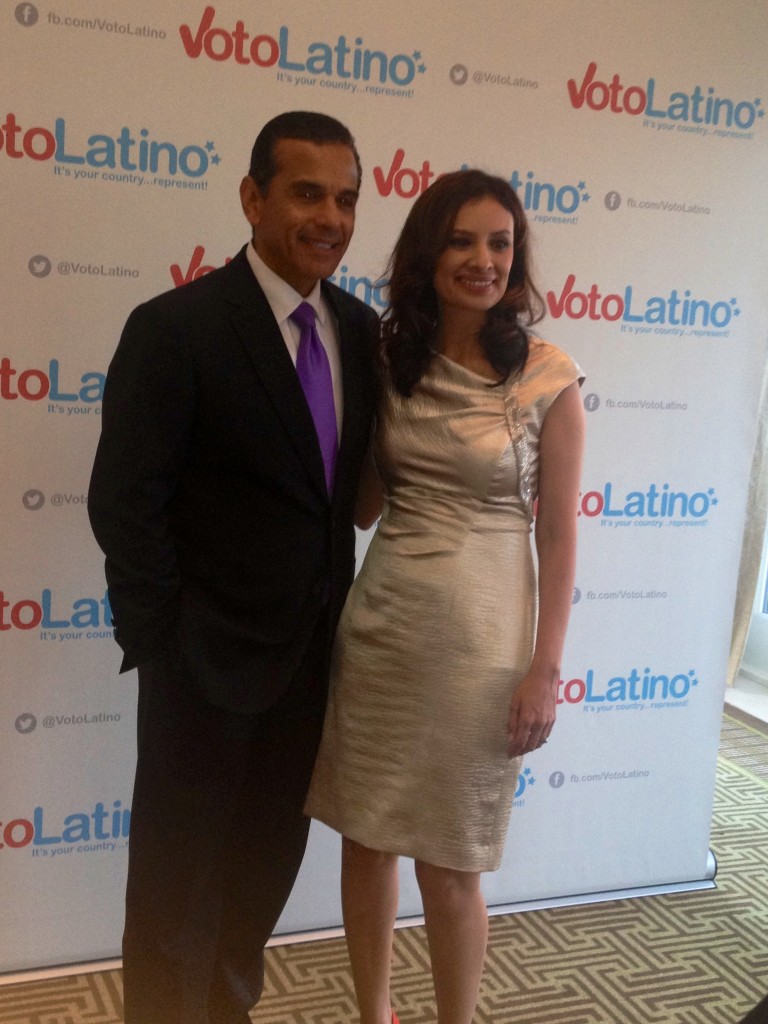 Voto Latino CEO and President Maria Teresa Kumar kicked off the program and introduced Kim to the crowd of eager guests. Voto Latino is an organization that “empowers American Latinos to claim a better future by voting” — a mission that likely perked the interest of political partygoers gearing up for the 2016 presidential race. Kim welcomed the crowd and reflected on the array of people standing in the room.

“We are not white America and then others. We are the new America,” said Kim.

Kim then introduced Villaraigosa, who joined the event following a meeting with President Barack Obama, just across the street. In addition to a room full of Hollywood and media celebrities, guests enjoyed music, drinks and hors d’oeuvres worthy of the spectacular city views. 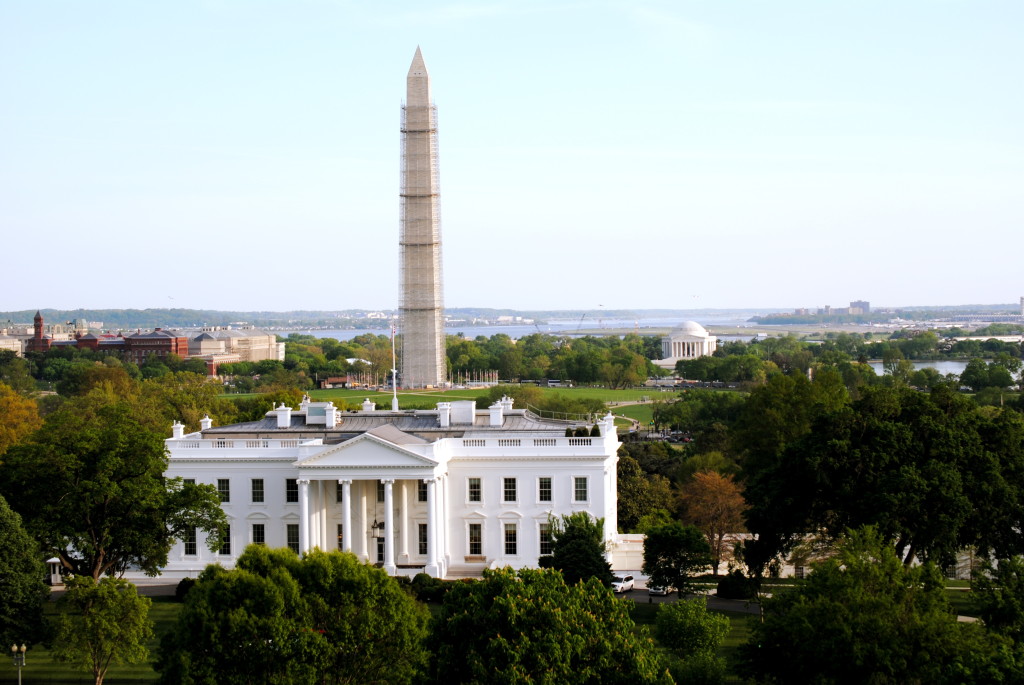