The folks behind Pork Barrel BBQ and Holy Cow are adding an “adults only” sushi bar in the 2300 block of Mount Vernon Avenue in the Del Ray neighborhood of Arlington.

Owner Mike Anderson and his partners are installing furnishings, have hired a sushi chef and plan to open The Sushi Bar on May 21. 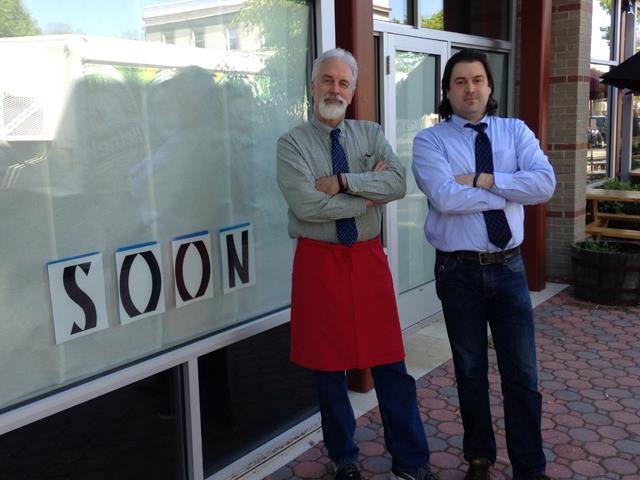 Details continue to be worked out, but the bar will include more than 20 different kinds of sake. A “SOON” sign in the windows of the space last week.

The 18-and-over restriction was something Anderson said people in Del Ray wanted.

“It’s going to be smaller, more upscale,” Anderson said. “No kids under 18. … Adults have said they need a place, too.”

No kids. No strollers. Just adults enjoying sushi and sake in a lounge-type setting. The sushi bar will be more of a lounge than a full service restaurant. Couches, coffee tables and large chairs fill the space.

“We thought parents just needed a place to give it a break, like an adult clubhouse,” said Anderson, who owns four family-friendly restaurants: Mango Mike’s of Alexandria dn Bethany Beach as well as the other two eateries in Del Ray. “We ran it by some parents that had kids and I would say eight out of 10 thought it was a great idea. They said ‘You’re on to something here.’”

When the adults-only joint was written about in the Del Ray Patch on April 9, it drew lots of fire with more than 100 heated comments. Eventually, comments were shut down.

Anderson isn’t the first restaurateur to block tots. A Park Slope bar in Brooklyn posted a sign that read, “Please, No Strollers.” In a place full of hipster parents used to hitting happy hours with bugaboos, the policy started an all-out war. A restaurant in Monroeville, Pa., near Pittsburgh, banned kids under 6 years old in 2011. The restaurant owner said in interviews that business was way up after the ban.

Anderson said he was kind of surprised by the level of interest in his new restaurant and its age restriction. “But overwhelmingly, we were buoyed by the fact that most people like the idea of no kids.”

The new restaurant, marked on the door by the Japanese symbol meaning “sushi,” will have 10 seats at the sushi bar, 15 seats at a sake bar and about 25 other seats around low tables.