Her representative confirmed the actress is pregnant, but no other details. TMZ is reporting the baby is a boy. This will be her second child. It will be Martinez’s first child. 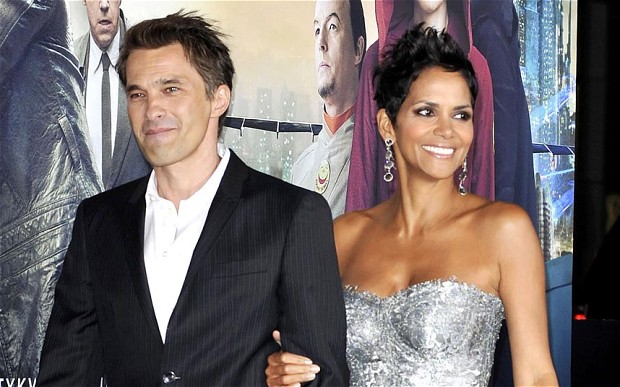 “Halle and Olivier are really excited,” a source said. “It’s a blessing. They can’t wait to have a baby together.”
The source added that the Oscar winner — who’ll also be appearing in next year’s X-Men: Days of Future Past — is at the beginning of her second trimester, about 12 weeks along.

Their son will join Berry’s 5-year-old daughter, Nahla, whom she had with her ex-boyfriend, model Gabriel Aubry.

Berry and Martinez met on the set of their thriller Dark Tide and have been dating since 2010. They announced their engagement in January 2012. Martinez is Kylie Minogue’s former boyfriend. They split in 2007 after 5 years.

Berry has admitted she loves being a relatively older mother. She said: “I’m a much better mother at 46, or 41 when I had her, than if I were 21 or 25. I was just a little baby, just trying to figure it out, trying to figure out who I was, let alone have the responsibility of trying to help another little soul develop and grow. I’m so glad I waited.”

Last year Berry revealed on The Wendy Williams Show that her daughter wanted to become a big sister.

“Every night, we do our prayers,” Berry said. “We pray to God, so sweet. She (Nahla) says, ‘God, please bring me a bunk bed and a baby sister.’ And I say, ‘I can do one of those things, I know for sure. The other one, we’ve got to keep praying on.'”