Actor Cory Monteith, who plays Finn Hudson on the Fox series Glee has checked himself into rehab.

“Cory Monteith has voluntarily admitted himself into a treatment facility for substance addiction,” his representative confirmed. “He graciously asks for your respect and privacy as he takes the necessary steps towards recovery.” 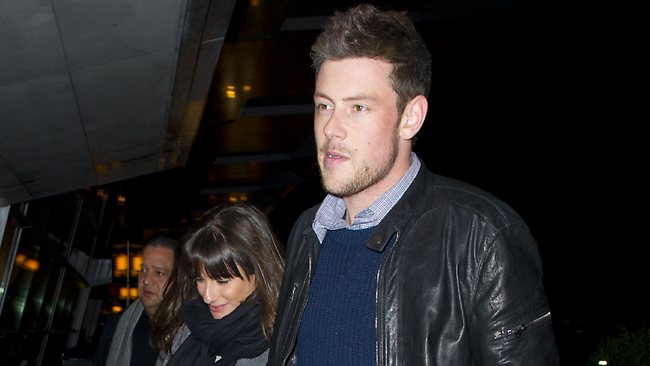 Monteith, 30, had previously checked into rehab when he was 19. In 2011, he told Parade magazine he was “out of control” as a teen. “I’m lucky on so many counts—I’m lucky to be alive,” he said at the time. He talked about how at age 13, he was getting drunk, smoking pot and skipping school in Victoria, British Columbia, after his parents divorced. By 16, he said, his drug use had escalated. “Anything and everything, as much as possible … I had a serious problem.”

Lea Michele, Monteith’s Glee co-star and girlfriend, said “I love and support Cory and will stand by him through this. I am grateful and proud he made this decision.” Michele and Monteith have been dating for about a year.

Glee is shooting its fourth season now. Production on the remaining two episodes is expected to continue as scheduled and his absence will be explained. Along with Michele and Chris Colfer, Monteith has been prominently featured this season despite his character graduating from McKinley High last May.

During the current season, Monteith’s character has been struggling to find his way after high school. Most recently, the character stepped in to oversee the glee club while Matthew Morrison’s Will Schuester went off to Washington. Upon his return, Finn realizes that he has what it takes to teach and will likely pursue that dream. His character was last seen in New York, where he showed up to fight for his “future wife” Rachel (Lee).

“Cory is a beloved member of the Glee family and we fully support his decision to seek treatment,” 20th Century Fox TV, which produces the show, said in a statement. “Everyone at the show wishes him well and looks forward to his return.”