Too Big for His Britches?

AMC’s Mad Men star Jon Hamm, 42, has a problem most men would love to have: people all over the world are convinced he has an enormous endowment. Hamm, who plays advertising executive Don Draper, became the butt of jokes last week when the New York Daily News reported that producers asked Hamm, who loves going commando, to wear underwear during the sixth season’s filming. Mad Men’s sixth season, which begins April 7, takes place in the 1960s, when tight pants were the rage. 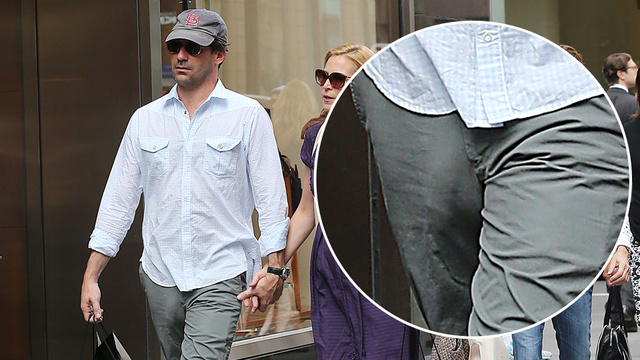 Show’s producers ask him to cover up

The show’s producers had to implore him to put it away, a source told the newspaper. “This season takes place in the 1960s, where the pants are very tight and leave little to the imagination. Jon’s impressive anatomy is so distracting that they politely insisted on underwear.”

The source said that during the first two seasons, AMC had to Photoshop promotional materials that were sent out to the press in order to make his privates more, well, private. A quick Google search shows Hamm appears to go commando off the set. There’s no shortage of images of him strolling down the street looking very healthy. There’s even been a Tumblr site dedicated to the subject for the last two years. 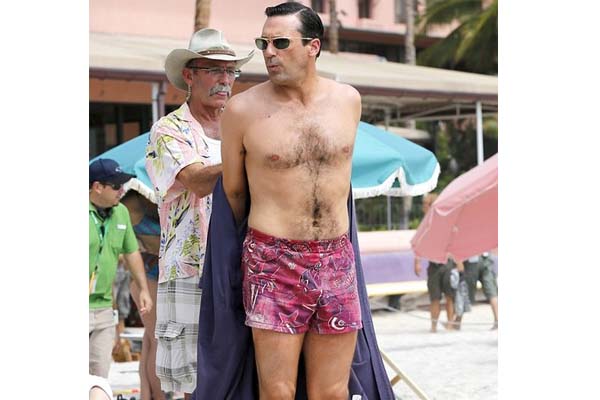 Jon Hamm preparing to film a scene for the upcoming season of AMC’s Mad Men.

Lay off his package

But Hamm’s had enough. In a Rolling Stone interview, the actor asked everyone to please stop talking about his penis. Hamm acknowledged that “most” of the comments about is package are “tongue-in-cheek,” but called them “a little rude.”

“They’re called ‘privates’ for a reason,” he said. “I’m wearing pants, for f**k’s sake. Lay off. I mean, it’s not like I’m a f**king lead miner. There are harder jobs in the world. But when people feel the freedom to create Tumblr accounts about my cock, I feel like that wasn’t part of the deal … But whatever. I guess it’s better than being called out for the opposite.”

Now, it seems, underwear companies want to cash in on his new notoriety. Both Fruit of the Loom and Jockey reportedly offered him free underwear for life on Wednesday.

“Jockey would like to offer our support for Jon Hamm in the form of a lifetime supply of Jockey underwear,” a rep for Jockey told TMZ, while Fruit of the Loom said, “We want people to be themselves. And if going commando makes you happy, we say go for it. But in case you change your mind, we got you covered.”