Earth has been inhabited by an intellegent alien species. Although an incredibly peaceful race, Souls can only survive by being inserted into a host body, taking control of their minds. But one host fights back to save her loved ones and her race. 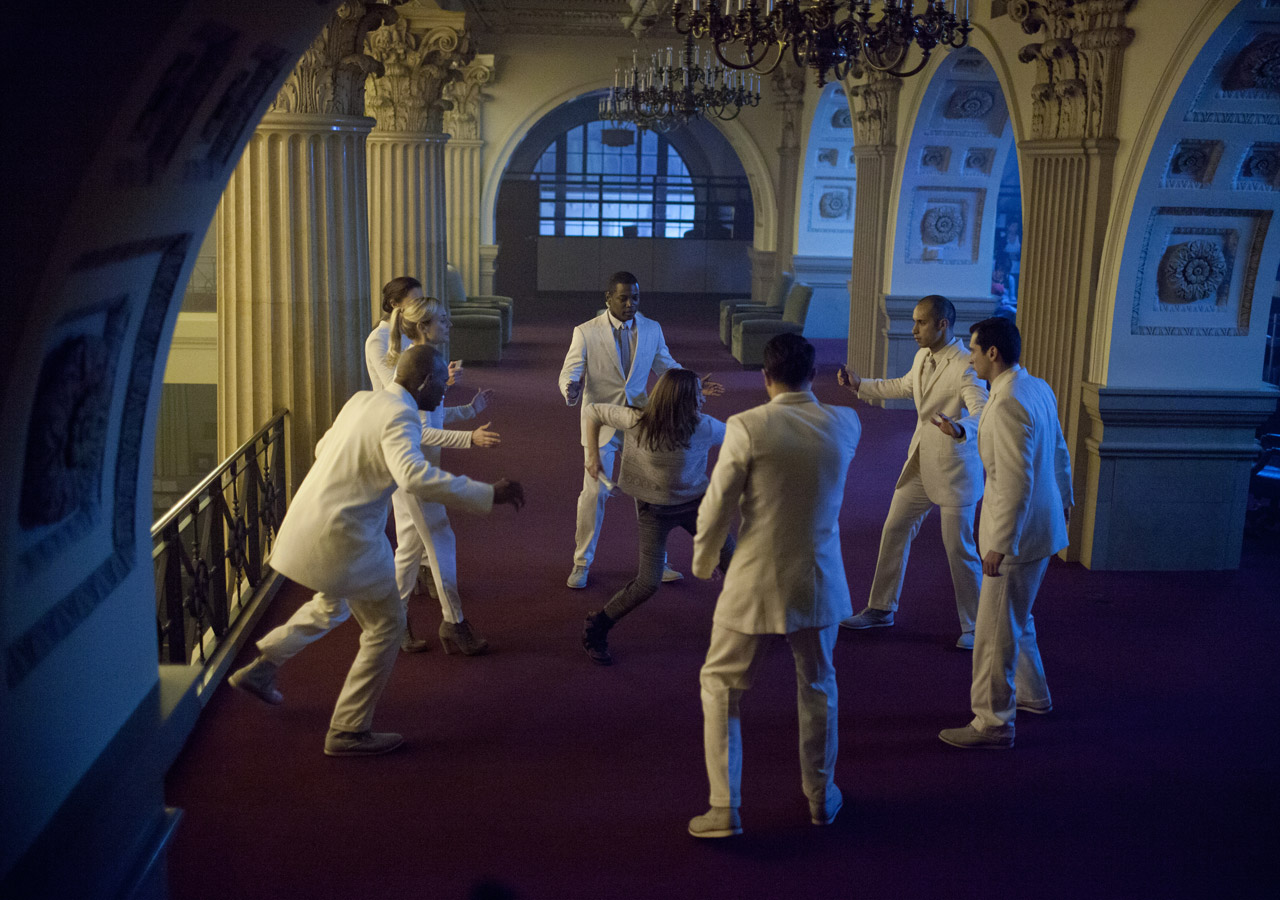 The Host is a love story from Stephanie Meyer, author of the Twilight Saga, set in the future where “Souls,” a parasitic alien race, erase the minds of their human hosts and inhabit their bodies. There are still pockets of resistance including Melanie Stryder (Saoirse Ronan), who is raising her young brother Jamie (Chandler Canterbury) after their father killed himself rather than let the Souls take over his and his children. While on the run, Melanie meets Jared Howe (Max Irons), and they fall in love. One night while Jared is out searching for food, Melanie is chased by a group of Souls and jumps through a window, nearly killing herself while leading them away from Jamie.

A Soul named Wanderer is inserted into Melanie’s body with the hopes of reading her memories and finding the other humans. However, Melanie remains partially conscious trying to protect Jared, Jamie and the others including her uncle Jeb (William Hurt) who leads a colony of humans living in a near-dormant volcano in the desert. The colony of humans uses the volcano’s thermal heat for power and huge mirrors to reflect the sun into the crater to grow crops. Wanderer begins to form an emotional attachment to Melanie and heads into the dessert to find her family.

Jeb finds Wanderer near death and takes her to his group’s dessert home. Many of the residents want to kill her, but Jeb refuses. Eventually, after helping out and showing kindness, Wanderer, who the humans call Wanda, begins to be accepted and falls in love with Ian O’Shea (Jake Able) while Melanie continues to love Jared, leading to conflict between the two. But Wanderer becomes angry when she discovers humans are experimenting with ways to remove Souls from their human hosts, although the procedure has always proven fatal to both Soul and human.

When Jamie becomes sick, Wanderer uses her identity as a Soul to gain access to a hospital and steal medicine heal him. However, Wanderer’s old seeker (Diane Kruger) tracks her and kills one of the humans before being captured. Wanderer reveals the way to safely extract Souls from their hosts, which they do to the Seeker, whose human host has remained conscious inside her body too. Wanderer asks to be removed from Melanie’s body so that Melanie can live again, opting to die rather than possess another body. The process is successful, however the humans implant her into a body of a human girl whose mind has been left blank after a Soul was extracted.

Melanie and Wanda begin relationships with Jared and Ian, respectively. At the end, the four, while on an outing, run into another group of surviving humans and another turned Soul.

Twihard Meyer fans may be a bit disappointed that the movie’s characters do not fit the description of the book’s characters, while others may find their favorite character from the pages did not make it to the screen. You get all the stuff you’d expect from Meyer like some very hot dudes and a unique romance. Ronan is the ultimate kick-ass chick. She’s got her pick of the men, but she’s also an independent, powerful warrior woman. This should be a hit with both Twilight fans as well as fans of the novel. Definitely worth watching. Rated PG-13. Opens March 29, 2013.