To kick off the inaugural weekend, Editor-in-Chief Vanessa Camozzi and Managing Editor Abbie Elliott bring you behind the scenes of the sold out Chefs’ Ball at Art and Soul on Saturday, January 19. With a bevy of delicious gourmet treats (don’t ask us how many crab crackers we ate), entertainment by Ben Taylor (son of Carly Simon and Inauguration ceremony performer James Taylor), a cameo appearance by Modern Family’s Jesse Tyler Ferguson and fiance Justin Mikita, and a DJ that rocked out–this was a night to remember!  Plus, if you haven’t seem it yet, check out Chef Bart Vandaele gangnam-styling on the dancefloor. 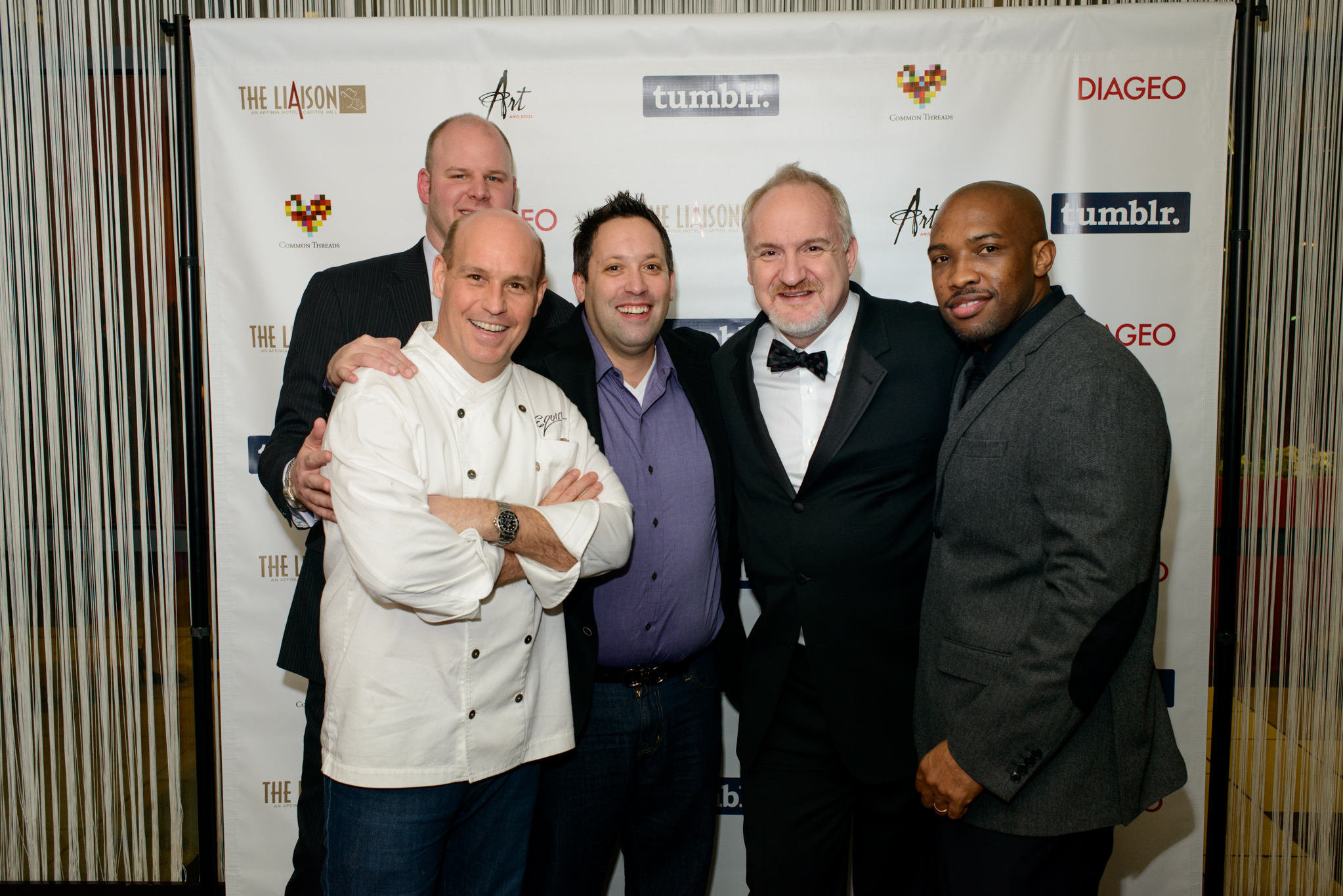 Scott Drewno of The Source; Todd Gray of Equinox; Mike Isabella of Graffiato; Art Smith of Art and Soul and Rock Harper of DC Central Kitchen. Photo by Jeff Martin 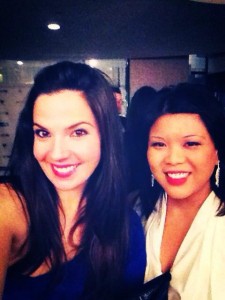 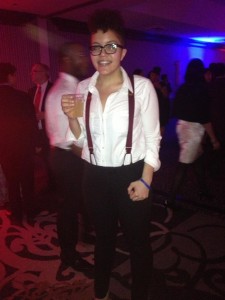 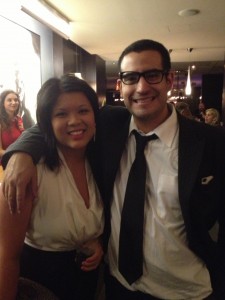 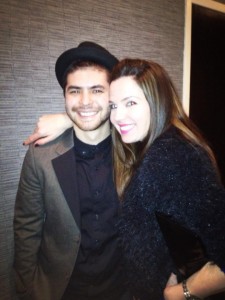 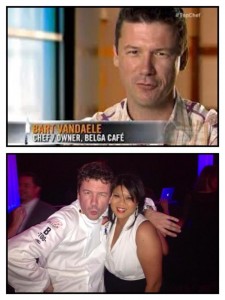 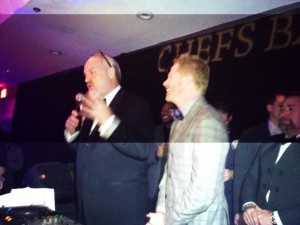 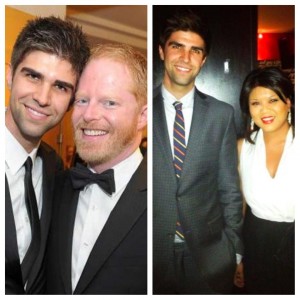