Media Mavens Celebrate the Holiday Season with Chocolate and Champagne

Alliance for Women in Media’s Chocolate and Holiday Affair

Women from all forms of media gathered to celebrate the holiday spirit on Thursday night at the NAB (National Association of Broadcasters) Broadcasting Hall of Fame. It was the local chapter of Alliance for Women in Media’s annual chocolate and holiday affair.

A beautiful tall Christmas tree adorned the entrance to the NAB lobby as guests entered to begin an evening of celebration well known among the local media companies for the focus on chocolate.

A large center table draped in red and covered in a variety of chocolate treats was the star among the stars. Chocolate Chocolate, a local DC shop owned by the Park sisters, Ginger and Frances, provided the delectable chocolates from all over the world. 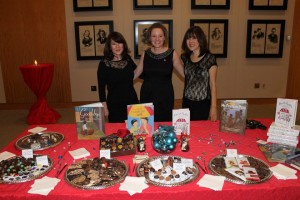 Music was provided on CD by local classical guitarist Paul Hutchison and was available for sale to benefit local DC organization, Fair Girls. 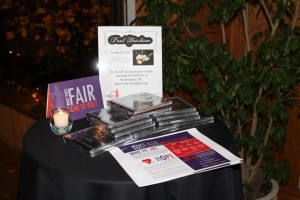 Employees from media companies Discovery, C-Span, NAB, Arbitron, MDB Communications, Cumulus and more raised a glass to 2012 and talked about the exciting happenings coming in 2013. 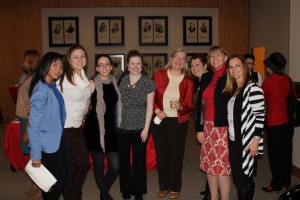 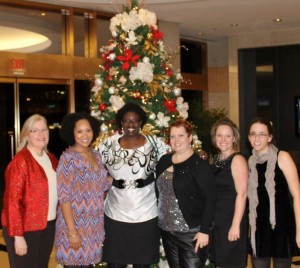 Howard University students also joined us with their professional mentors from the organization. 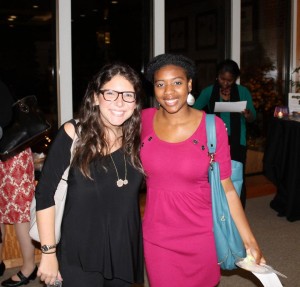 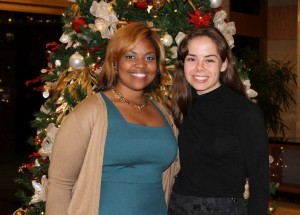 Learn more about AWM-NCAC and the newly formed mentor program at awmncac.org. 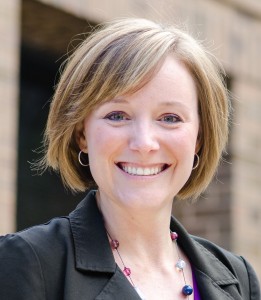