It’s everywhere, but–with a plotline more twisted than a daytime soap–the story of General David Petraeus and his mistress gets murkier every day.  So, ‘DC on Heels’ is breaking each relationship down for you Washingtonian-style.  C’mon people, we should know political scandal very well! 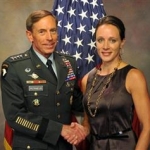 Relationship  #1 – General David Petraeus and Paula Broadwell: Petraeus resigned as Director of the CIA after revealing a sexual relationship with his biographer, Broadwell.  The two are both married, but began a relationship while Broadwell was researching the appropriately titled “All In.” 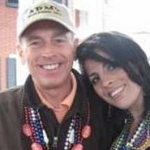 Relationship #2 – General David Petraeus and Jill Kelley:  As Tampa socialite, Kelley and her husband hosted many events that Petraeus and his wife attended–both on and off MacDill Air Force Base.
SCROLL_TEXT 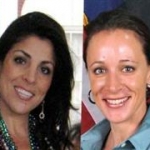 Relationship  #3 – Paula Broadwell and Jill Kelley:  Although Petraeus and Kelley had no romantic relations, it was threatening emails from Broadwell to Kelley that led to the FBI investigation.  It was this investigation that revealed Petraeus’ “indiscretions.”
SCROLL_TEXT 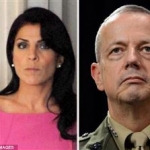 Relationship  #4 – Jill Kelley and General John Allen:  Allen was Petraeus’s successor in Afghanistan and is based in Tampa.  Allen exchanged 20-30,000 pages of communication with Kelley. 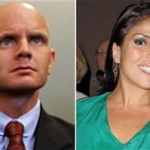 Relationship  # 5 – Jill Kelley and Frederick Humphries II:  Humphries was the agent who took Kelley’s complaint launched the FBI investigation.  The married man sent shirtless photos of himself to Kelley.  However, he says it sent as a joke. 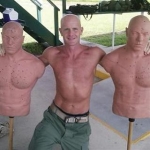 Puzzle solved…for now.  But, the question remains:  What does Jill Kelley have that we don’t?