My Ultimate Journey with UFX Class

I play tennis regularly and I had done some step aerobics and spinning classes at my local gym in Anacostia, but I still wasn’t getting the results I was looking for. When DC on Heels offered me the chance to participate in the UFX class, I jumped at the chance! The first class was enough to make you want to quit right then and there. I was clearly out of shape and the timed exercise we did took me over seven minutes to complete! (I was the last to finish, which was a definite blow to my confidence). What was worse was the next day I could barely move! I really did contemplate not returning, but my friends and family reminded me what an awesome opportunity the class was and kept encouraging me to continue.

Each class we did something completely different but no less challenging than the first. We worked out inside the gym, in the park in front of the gym, we ran laps, we lifted weights, and I can confidently say that every part of my body was worked on. 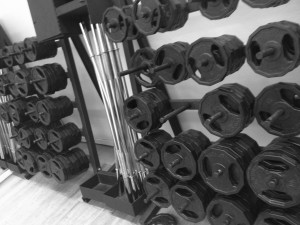 There were many times I thought I couldn’t complete the exercises Devon, our awesome trainer, gave, but what I realized during the process was that it wasn’t a race. It wasn’t how quickly you finished all of your exercises, it was that you completed them and did them to the best of your ability. Once I figured that out, I became less self-conscious about being the last to finish, and more focused on completing everything and getting the full benefit from each exercise I was doing.

What was even cooler was that we ended up doing the first session’s class again on the very last day (and then some). As stated before, it took me over 7 minutes to complete the routine during the first session. By the last session, I did it under 3 minutes and 45 seconds. What an awesome improvement! I realized that I actually had made progress even though sometimes it felt like I hadn’t made any. In metrics, I lost almost an inch off of my waist line and almost 5 lbs. 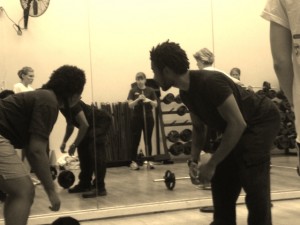 Funny enough, even with those tangible losses, the greatest thing I got from UFX, was actually completing the class and not giving up. I feel better, I think I look better in my clothes and I am fully ready to take on the next challenge in my life which is moving from DC to New York City to attend New York University for graduate school!

I’d like to thank DC on Heels for the awesome opportunity they gave me to try out this class. I’d also like to thank Devon and the Washington Sports Club. Devon was such an awesome and encouraging trainer, and despite all of the evil eyes I was giving him throughout the sessions, he held me very accountable and wouldn’t accept any excuses, which is what all GREAT trainers should do.I would fully recommend this class to anyone who is struggling with their fitness goals and want to do something a little *extreme* to put themselves over the hump! 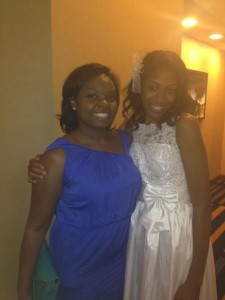