First and foremost what did everybody think about Kate’s– pardon me– “Catherine’s” dress? I thought she looked stunning– very reminiscent of the beautiful and elegant Grace Kelley back in the day. I clearly wasn’t the only one who thought this. 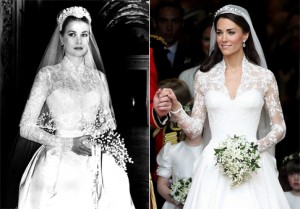 Funny  how in England,  it is customary for the Maid of Honor to wear white. Us Yankee Doodles kinda’ think that’s like stealing our thunder and that the only one wearing white at a wedding–royal or not–should be  the bride. Pippa did look piping hot though.  She  is now considered  one of England’s  most eligible bachelorettes.  Good genes clearly run in the family. Her days are numbered as a singelton.

Does anybody else think that Her Royal Highness actually resembles former Hills reality star Lauren Conrad,  only a brunette version?

And not to be left out, Prince William looked like such the gentleman in royal red  pictured alongside his younger brother Harry, also dressed in military uniform. 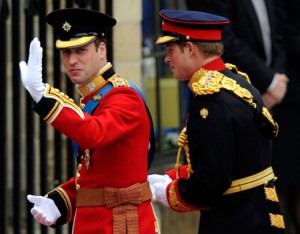 Everything went off without a hitch. Well  except for the first kiss. Thankfully they kissed a second time. Because the royal duo’s  first “official kiss”  was a bit..um how shall I say it… boring and  lackluster. If you blinked or sneezed  you might  have missed it. I know they have to be proper and all and it’s England not France, so I wasn’t expecting a french kiss, but a little more oomph was certainly in order. But these royal young bloods  knew  it as well and gave it another go–the second time around– with  a bit more gusto. I couldn’t imagine having that many eyeballs on me for a kiss, so really they did a fine job. I am being very nit- picky. 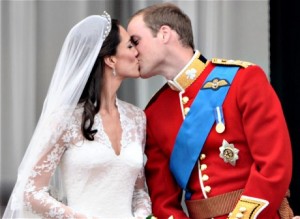 If there is one thing that I love about British weddings it’s the custom of wearing a  beautiful proper hat. So many incredible hats! 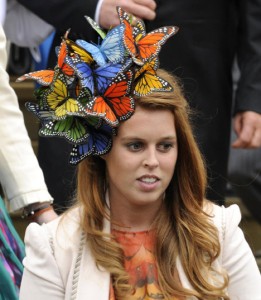 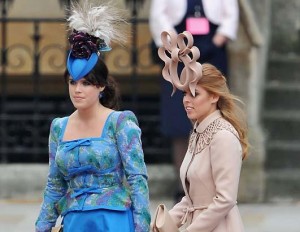 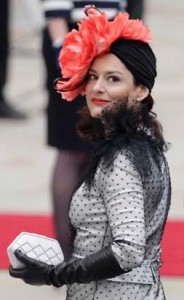 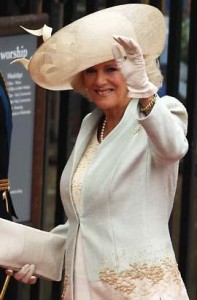 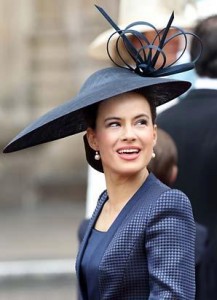 The Beckham’s of course were in full attendance. David didn’t disappoint (does he ever–have you seen his Emporio Armani ads? Enough said. 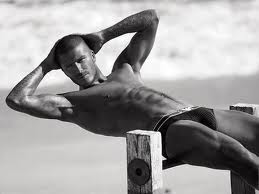 Though I did expect  a little more out of  style icon  and designer Posh. She was posh as ever,  but a little blase. 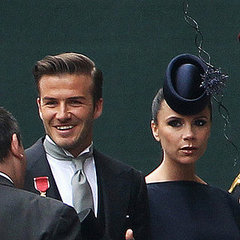 Her Majesty was looking very lovely in this bright canary yellow. 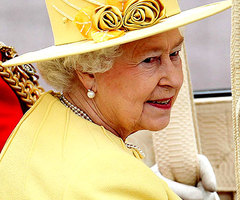 Harry’s on again off again girlfriend, Chelsy Davy,   I thought looked a bit frumpy in this Alberta Ferreti number. 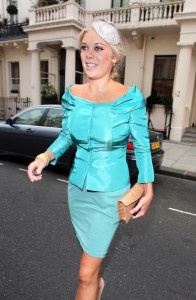 But who cares right? This was history in the making. No matter your heritage, background or style–  this was a day to be remembered by ALL!

Ok I’m  off to go have some tea and crumpets. 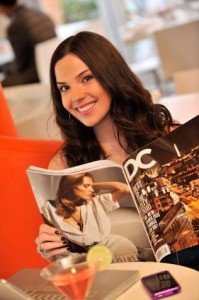 Click HERE to find out where to get this fabulous colorful tribal necklace and matching cuff bracelet! 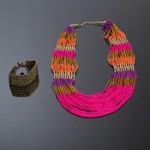