The Secret Behind Mambo Sauce

Those who know me best know one thing about me when it comes to food–I love and am borderline obsessed with  hot sauce. I put it on absolutely  everything I eat. True food connoisseurs are no doubt  rolling their eyes at me and probably  thinking that I am ” burning my palette–thus ruining the  true taste of  a dish.” To which I reply. WHATEVER. Because  to me it’s the exact opposite, I love to bring the heat literally . (I’ve been known to carry it in my purse a time or two and if something is a little bland or not spicy enough, then out comes the sauce.) I have three  favorite hot sauces and now a fourth is joining the ranks (though this one is more sweet/sour and tangy then spicy–but it still packs a lot of flavor. My number one pick is Cholula.

Cholula hot sauce is a brand of chili-based hot sauce, manufactured in Chapala, Jalisco, Mexico. The product is packaged with an iconic round wooden cap in various colors. Four varieties of Cholula are widely marketed in North America as of June 2010, including Original, Chipotle, Chili Garlic and Chili Lime. 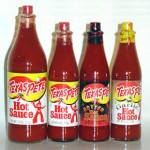 Texas Pete hot sauce is actually  made in Winston-Salem, NC (not in Texas!) and is a pleasantly peppery vinegar-based hot sauce rating a mild-medium flavor. The original Texas Pete Hot Sauce has been on the market for years, and is the quintessential hot sauce for making homemade Buffalo-style chicken wings. 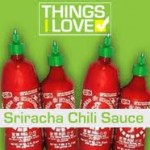 Sriracha is made from sun ripen chilies which are ground into a smooth paste along with garlic and packaged in a convenient squeeze bottle. It is excellent in soups, sauces, pastas, pizzas, hot dogs, hamburgers, chowmein or on anything else to give it a delicious, spicy taste.

And now a new sauce is joining the ranks among my ultimate  favorite picks. This  is a sauce that has already  generated a lot of buzz  and popularity among university students. It’s one of the areas best kept  saucy secrets, but the cat is out of the bag and soon this sauce will be flying off the shelves everywhere!  Local DC entrepreneur, Bradley Williams  is bringing widespread attention to a DC classic, MAMBO SAUCE. He’s  working to bring Mambo Sauce, a longstanding tradition in D.C, into stores and homes throughout the district. 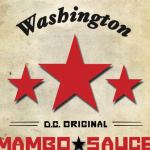 WASHINGTON, D.C.. — When Bradley Williams eats mambo sauce with his chicken wings, one sentence comes to mind: “This is DC in a bottle.”

His love for the sauce and his passion for introducing others to this local DC delicacy, inspired him to end his high-profile sports management career, and be the first to brand mambo sauce, naming it Washington DC’s Original Mambo Sauce. Williams developed his own Mambo Sauce recipe with the Head Chef of Brightwood Bistro, Derek Smith, trademarked the name, and is now bottling and distributing the sauce to small vendors in hopes of spreading the word about the sauce.

“I was looking for another business venture, and I was discussing with a friend of about why Mambo Sauce is not available anywhere outside DC,” said Williams. “I then decided that I was going to make a strong effort to make this sauce available to people, no matter who you are or where you are from.”

Mambo sauce, is a unique barbeque sauce with a sweet and tangy hint, and leaves anyone with an addicting aftertaste. Currently, mambo sauce is popularly used in Asian carry-out or fast-food restaurants, but fans often pair the sauce with almost any dish. Many DC natives already recognize this as a distinct flavor of the district, and Williams dreams of getting Mambo Sauce into more than just take-out places, but onto shelves of super markets and in the homes of DC residents. The urban, African-American community and college students in the DC area have already caught onto the Mambo Sauce phenomenon; however, Williams hopes his trademarked version would reach other communities within and beyond the Beltway.

I’m happy to take Mambo Sauce with me everywhere I go!

Click HERE to find out where to get this fabulous colorful tribal necklace and matching cuff bracelet!