Dating apps have become an integral part of our dating culture. Everyone has heard of them, and nearly everyone has tried them. But are these apps helping or hindering dating today? 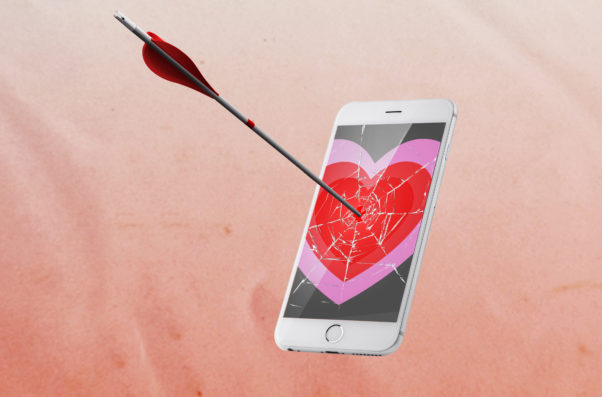 I recently tuned into Intelligence Squared U.S. Debates‘ Swipe Left: Dating Apps Have Killed Romance event. It explored how millions of singles look to dating apps to find love, lust and everything in between. Speakers said that 49 million Americans have tried digital dating, bringing in billions in revenue for the companies that facilitate match-making.

The event set the stage for the debate on whether or not dating apps are meant to promote real romance or just fast flings. While digital dating seems to simplify love with swipes and algorithms, is it possible that they actually do more harm than good? While digital dating can help find someone with simliar interests who ends up being your perfect match, it can also leave you susceptible to sexism, racism and misogny while prioritizing sex over love.

Tom Jacques, OkCupid’s vice president of engineering, and Helen Fisher, Match.com scientific advisor, argued that despite some negative outcomes, digital dating aims to keep romance alive. On the opposing side, Manoush Zomorodi, host of WNYC’s Note to Self, and Eric Klinenberg, co-author of Modern Romance, argued that online dating has killed romance, making it more available to say “next” and not focus on finding love as the end game. Longtime editor of the New York Times’ Modern Love column Daniel Jones openned the evening with a keynote question and answer.

I see both sides. Digital dating can both help and hinder romance nowadays through various ways.

Digital dating is overall a winner in my books. For whatever reason, some people have a problem meeting others in real life, and digital dating gives those people the opportunity to expand there horizons. One factor can be that they are shy, and talking behind an app or website gives them the confidence to be themselves. Another factor can be that they are from a small town and dating online gives them a chance to meet someone they would never have a chance to meet without this help. Regardless of the reason, digital dating expands love horizons and usually has good intentions.

While its intensions are usually good, there are always a few people that ruin a good thing. A lot of people complain that digital dating makes people want more. Singles online don’t think they need to settle because they have so many options. This also can cause people to be more inclined to treat people online as objects rather than people with real feelings.

Overall, dogital dating has good intensions. However, it is not innocent of playing the role of the bad guy from time to time. People should use dating websites and apps with caution, but with hopes that they may in fact find their perfect match after weeding through a couple jerks.