A Weekend of Once-A-Year Events

It’s a weekend of once-a-year experiences in the DMV. Take advantage of the somewhat springtime weather and check out several annual events. There’s the Washington Antiquarian Book Fair, the D.C. Independent Film Festival and the D.C. Whiskey Walk. Each of these events only come around once a year, so this is the time to check them out! Also of note, the Instagram-famous light installations at Yard Park are leaving the District after this weekend. Grab your phone and join in on this social media frenzy!

If you’re planning on using the Metro this weekend, prepare for some track work. Single tracking will take place on the following lines: Red, Orange and Blue. The Red Line will single track between Friendship Heights and Grosvenor and between Forest Glen and Wheaton. Red Line trains will run every 24 minutes between Shady Grove and Glenmont and every 12-13 minutes Farragut North and Silver Spring from 9 a.m.-9 p.m. On the Orange and Blue Lines, trains will single track between Eastern Market and Stadium-Armory with trains running every 20 minutes. Extensive rebuilding is still affecting the Silver Line and once again trains will ONLY run between Wiehle-Reston East and Ballston every 10 minutes. On the Green Line, the Anacostia station will be closed and buses replace trains between Navy Yard and Congress Heights. Trains will run every 20 minutes between Branch Avenue and Congress Heights and between Navy Yard and Greenbelt. The Yellow Line will run every 20 minutes between Huntington and Mount Vernon Square only. And remember, as of Sunday the fare gates will only accept SmarTrip cards. Riders with old paper fare cards can transfer them to SmarTrip cards at certain fare machines in each station. 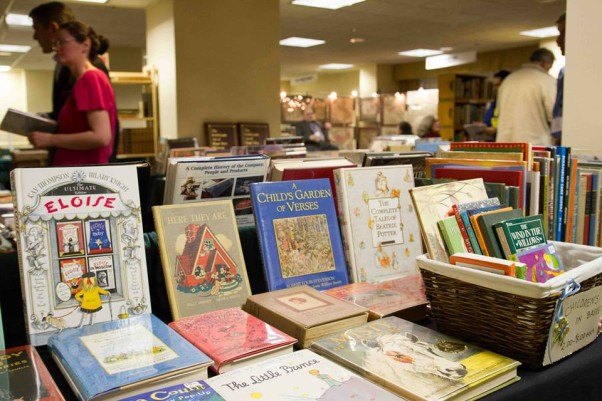 Join in on a DMV tradition at the 41st annual Washington Antiquarian Book Fair. Celebrating all things “old,” this book fair brings together a unique list of exhibitors who will be showing off their collections of rare books, maps and manuscripts. On Saturday, Typewriter Rodeo, a Texan quartet, will be writing personal poems for fairgoers on vintage typewriters! 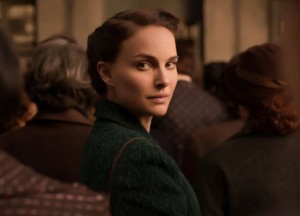 The Washington Jewish Film Festival is one of the DMV’s longest-running movie festival in its 26th year this year. The year, the slate of films touches on gender, migration, the supernatural, Arab citizens of Israel, artists’ lives and LGBTQ themes. There are nearly 70 films this year, including Natalie Portman’s directorial debut, A Tale of Love and Darkness, which is the festival’s closing event. Portman will be in attendance.

Through Mar. 6 at various times at the Washington Jewish Community Center, 1529 16th St. NW. Other venues include the AFI Silver Theatre in Silver Spring, the Avalon Theatre, National Gallery of Art and E Street Cinema in D.C., Bethesda Row Cinema, and the JCC of Great Washington in Rockville. Individual tickets are $13 online and $15 at the door, except opening and closing nights, which are $30. 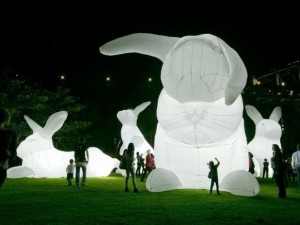 You’ve seen them on Instagram, now go seem them in real life. Light Yards, a series of large light installations at Yards Park, is coming down after this weekend. This is your last chance to grab a picture with the giant bunnies by Australian artist Amanda Parer along with other large sculptures constructed of industrial steel with illuminated white cubes by New York-based light artist and architect John Ensor Parker. Pair your night with dinner and drinks at one of the many restaurants located near the park. 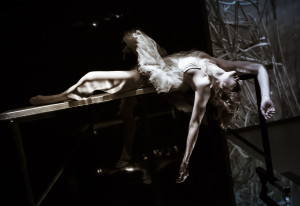 Dancer/choreographer Miřenka Čechová presents FAiTH: an exploration of art, faith and the search for essential meaning through art told through the story of a prima ballerina who lost her art and thus her will to live at 9 p.m. Saturday. (Photo: Martin Marak)

The annual Atlas Intersections Festival wraps up its 10th anniversary this weekend. The festival brings the best of D.C. arts and artists to the stage with almost 100 performances. Productions include theater, dance, music, vocal, choral, visual artists, video, film, writing, sculpture, photography, circus, spoken art and community art. Discover how the art world and the real world intersect. There are shows for the young, including Shakespeare for the Young: Midsummer Magic being performed all weekend that tells the story of Titania and Oberon, Puck and Fairy and Bottom the Weaver with soft body puppetry, to the young-at-heart. Saturday morning from 9 a.m.-noon is a FREE Family Fun Day with a DJ, balloons, clowns, instrument “petting zoos” and more. 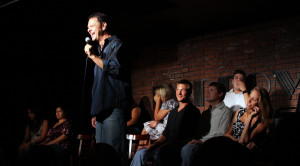 Fall under the spell of comedian and hypnotist Flip Orley at D.C. Improv this weekend. (Photo: Flip Orley)

Lose control with hypnotist Flip Orley. A staple of the D.C. Improv stage, Orley brings volunteers up on stage, and through hypnosis, walks them through a series of hilarious scenarios. Watch from afar or get up on stage yourself.

The Big Apple comes to D.C. with the New York City Ballet at The Kennedy Center. Enjoy the chance to see two performances from the ballet company without having to buy a train ticket! The company will be on stage all weekend, performing two different pieces: La Sylphide and a piece from choreographer Justin Peck. This is a fantastic chance to see a premiere ballet company right here at home! 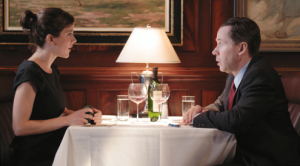 The Oscars are over, but there are still movies to be watched! Check out the latest in independent films at the D.C. Independent Film Festival. Founded in 1999, DCIFF is a showcase for the hard work of independent filmmakers. Friday night’s feature at 7 p.m. is the premiere of the pilot episode of Districtland — a series about five millennials living in the District. Enjoy the pilot and a Q&A with the cast and crew, then grab a couple of drinks at the afterparty at Miracle Theater Church, 535 Eighth St. SE. A full schedule of festival events can here found online.

Mar. 4-13 at various times and locations. Tickets are $7-$12 per screening with additional charges for the parties. Tickets can be purchased online or at the door. 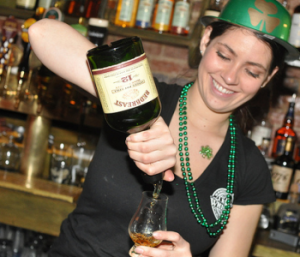 Gather your strength and prepare for the fourth annual D.C. Whiskey Walk. Try a taste of eight different whiskeys at eight different Dupont Circle Bars. Along the way enjoy special deals on food and beer as you move from bar to bar. Live bagpipers will also be on hand to get you in the spirit. 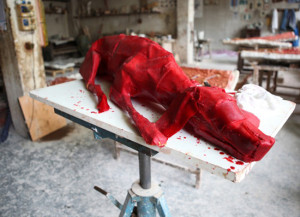 Free film screenings continue at The National Gallery of Art with a showing of Hand Gestures. (Photo: Kino Lorber)

Learn more about the art of bronze sculpture at a screening of Hand Gestures. Follow artist Fonderia Artistica Battaglia through his day as he practices the ancient process of lost-wax sculpture. After the screening, checkout the National Gallery’s newest exhibit In the Library: The Convergence of Commerce and Instruction in Art. 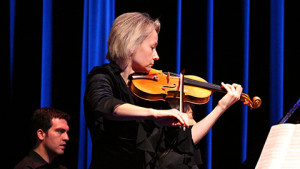 Members of the NSO will perform a selection of classics free on Saturday . (Photo: NSO) 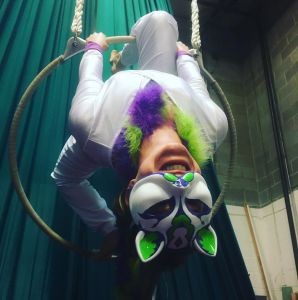 Ever wonder what the Japanese version of Alice in Wonderland would look like performed in midair? If so, you’re in luck! The Baltimore Aerial Dance company performs their show Wonder this weekend in the DMV. Watch this classic tale of Alice, the White Rabbit and the Queen of Hearts with a twist! 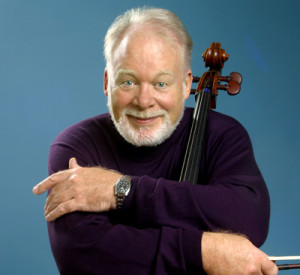 Spend the afternoon with the Annapolis Symphony Orchestra. Joined by cello soloist Lynn Harrell, the orchestra will perform a selection including Shostakovich’s Concerto for Violoncello No. 1 in E Flat. After the concert, guests are encouraged to stay and enjoy a Q&A with the orchestra and its conductor.