It’s a three-day weekend in the DMV! For some, it is Presidents Day Weekend. For the romantically inclined, its Valentine’s Day weekend. Whatever you’re celebrating, we’ve found a well-rounded group of events around the DMV for you to go to, single or not. If you’re looking to get romantic, consider a champagne toast for you and your sweetheart. Or maybe, celebrate your singledom. If Valentine’s Day isn’t your thing, honor our Presidents Washington and Lincoln and their birthdays at a variety of presidentially-themed events around town. There’s family fun day at the Smithsonian and even a parade in George’s hometown of Alexandria. 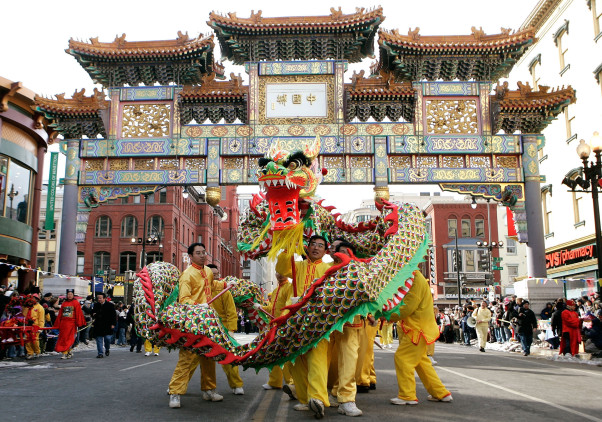 Feb. 14 from 2-5 p.m. along H Street between Sixth and Eights Streets in Chinatown. Admission is FREE! 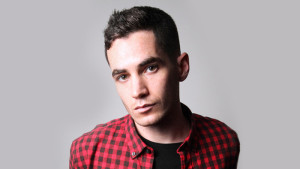 Laugh off the week you might have had at Comedy at the Kennedy Center with Ricky Velez. Velez has been named as a comedian to watch by Variety, Comedy Central and the New York Comedy Festival, so laughs are pretty much guaranteed at this free show. If he looks like a familiar face, that’s because he currently serves as a comedian on The Nightly Show with Larry Wilmore on Comedy Central.

Feb. 12 at 6 p.m. at The John F. Kennedy Center for the Performing Arts, 2700 F St. NW. Admission is FREE! Tickets will be distributed in the States Gallery starting at approximately 5:30 p.m. 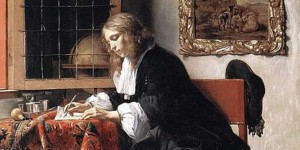 Learn how to pen a Renaissance-themed love note to your sweetheart at Folgers Shakespeare Library.
(Photo: dailydot.com)

Writer’s block getting in the way of penning that special note for your special someone? Shake up your creativity at Write Your Renaissance Love Letter workshop presented by the Folger Shakespeare Library. Folger curator and archivist Heather Wolfe will lead a small group through the history of letter writing and a letter writing tutorial. And don’t worry, sonnets will be provided! 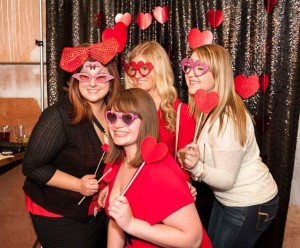 Meet the next love of your life at Singles Soiree 2016: V-Day the Single People’s Way. Put on annually by the Washingtonian, this year’s Single Soiree will feature drinks, live music and even some skeeball, shuffleboard, foosball and more. If you don’t meet your honey while sipping on cocktails, maybe you’ll find him or her during a round of “Singled Out DC,” a local version of the famous game show.

Put those dancing shoes on and get out on the floor at The Prince & Michael Jackson Experience.
(Photo: Howard Theatre)

It’s time to make it a Thriller of a weekend at The Prince & Michael Jackson Experience. Grab your umbrella because the forecast is calling for Purple Rain at this dance party event. Move and groove to rare tracks and mixes from these two seminal artists along with Sheila E., The Jackson 5, The Time and Janet Jackson. Checkout a preview from DJ Dave Paul with this video.

It’s time to DIY your Valentine’s Day cards at the National Postal Museum. (Photo: The Smithsonian)

Why buy a card when you can make one at the Valentine’s Day Card Workshop at the Smithsonian’s National Postal Museum. This family-friendly event is all about creating the perfect handmade card for the one you love. All the supplies you will need to bring your vision to life will be provided and you will even be able to mail your card straight from the museum! 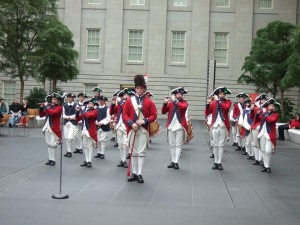 Get a head start on the Presidents Day celebrations at Presidential Family Fun Day. Learn how to dress like a president with tricorn and top hat making workshops. Pose for a picture with the visiting Washington Nationals mascots from 12:30-2:30 p.m. Or even write a love letter like George and Martha Washington used to do at a calligraphy workshop. The Linton Hall Fife and Drum Corps (pictured) will perform at noon and 2 p.m.

Grab your fanciest lingerie set and get ready to run at Cupid’s Undie Run. This one-mile fun run at your own pace is an annual tradition for the DMV. But don’t worry, it’s more party than race! Run solo or with a team and help raise money for The Children’s Tumor Foundation. Spectators are welcome along the race route, which goes west on I Street then south along 16th Street, southeast on Virginia Avenue to the finish line at Constitution Avenue. The actual run steps off at 2 p.m. 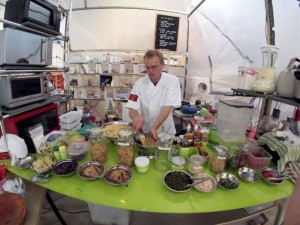 Taste test a variety of dishes and snacks that the artists believe would make the perfect treats for a trip to Mars. (Photo: Menu for Mars Supper Club)

Take a break from the chocolate boxes and candy hearts at the Menu for Mars Test Kitchen. Ever wonder what type of food would be best for your trip to Mars? Artists and scientists Heidi Neilson and Douglas Paulson, along with several others, have been researching this question for the last year and will present their findings at this event. As an audience member you’ll be invited to taste and cook these unique treats.

Things get romantic at this all French opera version of Romeo and Juliet. (Photo: The Virginia Opera)

The ultimate tale of love and loss takes the stage at the Virginia Opera’s Romeo and Juliet. This “lush and luminous” interpretation takes things to the next level. Sung in French, with English subtitles, watch Romeo and Juliet as they fall in love and meet their tragic ends in this dramatic opera. Make the experience a true date with a V.I.P. package featuring tickets to the show with chocolates and Champagne to share with your very own Romeo or Juliet and two Champagne glasses to take home. 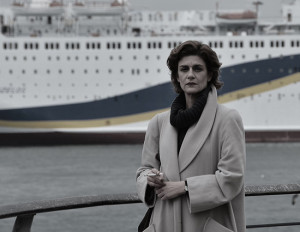 The love continues with a screening of Forever as a part of the National Gallery of Art’s New Greek Cinema series. Anna has no idea, but she has an admirer. Costa, the driver on her daily commute to work, has been admiring her from afar, too afraid to act on his fascination. The fates work to finally push them together and their story begins.

Feb. 14 at 4 p.m. at the National Gallery of Art, 401 Constitution Ave. NW. Admission is FREE! Seating is on a first-come, first-seated basis. 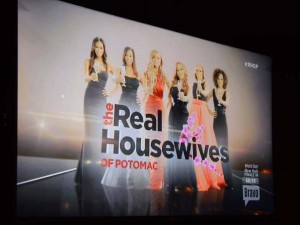 Gather your girlfriends and celebrate Galentine’s Day at the Real Housewives of Potomac Viewing Party. Local socialite and Real Housewives of Potomac cast member Ashley Boalch Darby hosts a night of all things Potomac at her restaurant in Arlington. Going along with the restaurant’s Australian cuisine, a highlight of the night includes an Austrailian accent contest. There will also be a show trivia contest and RHOP bingo. 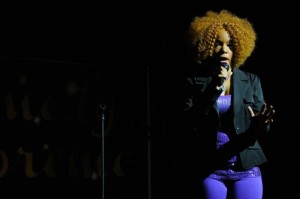 Comedian Adaylah Banks will take the stage along with other local comedians at the My Funny Valentine Comedy Show. (Photo: Adaylah Banks)

Laugh at your love life at the My Funny Valentine Comedy Show. In its sixth year, the show is a gathering of local comedians. The lineup for this year’s show includes Comedian Stiletto, Adaylah Banks, Mike “Ol Mike B” Brown, Rue D., Greg Stevens and Tommy Taylor Jr. Come for the laughs, but at its heart My Funny Valentine is an event with a good cause — 35 percent of the proceeds will go to Miriam’s Kitchen, a local soup kitchen. 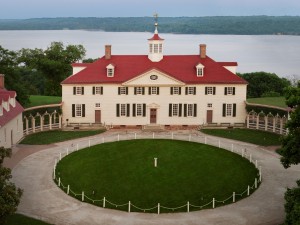 For Mount Vernon’s open house, George Washington’s Potomac River estate throws open the doors for the official Presidents Day holiday welcoming visitors with no entrance fees. The day starts with a wreath-laying at the first president’s tomb, followed by birthday celebrations, a military demonstration, a musical salute, dancing demonstrations and more. At 10:30 a.m., FBI Director James B. Comey will give a keynote address with a 21 gun salute concluding the ceremony. 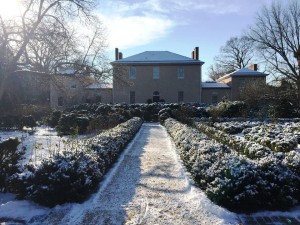 Explore the grounds of Tudor Place, a historic home once owned by a granddaughter of Martha Washington. (Photo: Tudor Place Historic House and Garden)

Get a rare glimpse of the house and grounds of Tudor Place at its Presidents Day Open House. Typically closed on Mondays, Tudor Place is opening its doors to celebrate Presidents Day and the Tudor Place Bicentennial. Built in 1816 by Martha Parke Custis Peter, a granddaughter of Martha Washington, this neoclassical house is now home to one of the largest collections of items from George and Martha Washington. Learn more about the Washingtons and the history surrounding this beautiful house on the Potomac. 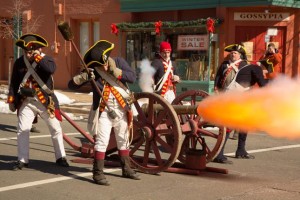 It’s George Washington’s birthday, and Old Town Alexandria is celebrating with a parade in his honor! (Photo: The Georgetowner)

It’s George Washington’s birthday and his hometown of Alexandria is commemorating our first president at The George Washington Birthday Parade. Follow the parade along its route in Old Town Alexandria and once you’ve gotten your fill, take advantage of a day of free admissions at the following historical sites: Gadsby’s Tavern Museum, Friendship Firehouse Museum, The Lyceum and the Stabler-Leadbeater Apothecary Museum. Check here for a full list of events on parade day.

Feb.15 from 1-3 p.m. The parade begins in Old Town Alexandria at the corner of Gibbon Street and Fairfax Street and continues north on Fairfax Street past city hall, turns left at Queen Street then continues south down Royal Street to the end at the Wilkes Street intersection. Admission is FREE!

University of Michigan School of Music, Theatre and Dance 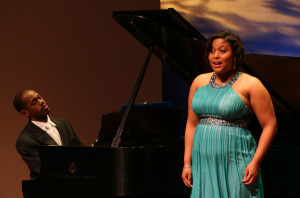 Catch a performance from the students of the University of Michigan School of Music, Theatre and Dance at the Kennedy Center this holiday weekend. Expect a wide range of performances from these students who study everything from contemporary classical music to electronic music. Cap off your weekend with pieces such as Ysaÿe’s Sonata No. 5 for Solo Violin and Hüe’s Fantaisie for flute and piano.

Feb. 15 at 6 p.m. at The John F. Kennedy Center for the Performing Arts, 2700 F St. NW. Admission is FREE! Tickets will be distributed in the States Gallery starting at approximately 5:30 p.m.

Born in D.C., raised in Maryland and currently residing in Northern Virginia — Janessa is a DMV girl through and through. As a film enthusiast and Netflix's number one fan, she willingly spends the majority of her time in front theater and computer screens. When she isn't watching her latest binge, Janessa can be seen around town searching for the perfect cup of coffee or instagramming strangers on the metro for her hashtag #metrogramdc.
More posts by the Author »