If you watched the 2016 Screen Actors Guild Awards on TV Saturday night, you may have been paying more attention to what the actresses were wearing than who won the awards. We noticed several trends among what the ladies wore down the red carpet this year. 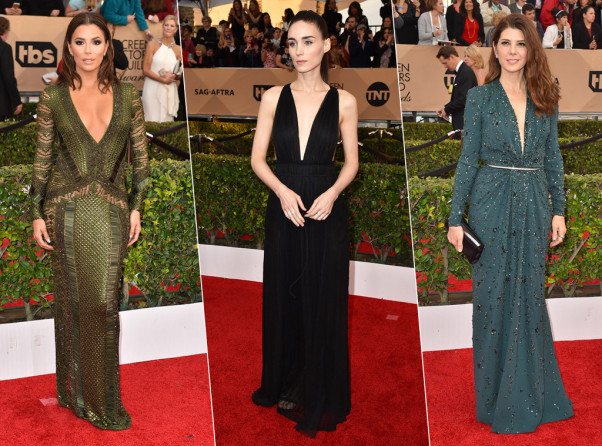 Rooney Mara, Marisa Tomei and Eva Longoria brought an incredibly fierce attitude to the red carpet while tastefully baring their chests. The next time you’re feeling adventurous, just go for it! You have nothing to lose—except a little extra fabric, of course! 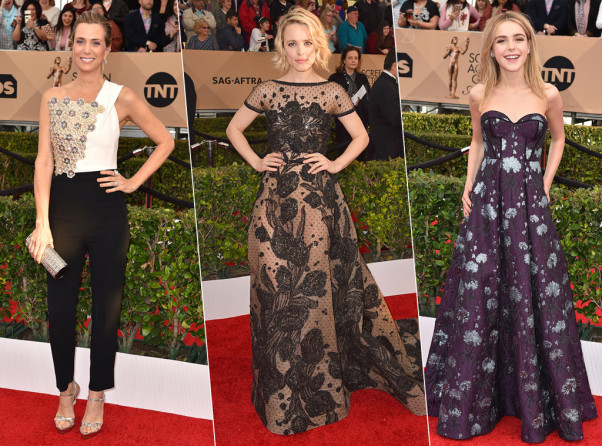 Floral prints were a common theme at the awards, but Kiernan Shipka, Rachel McAdams and Kristen Wiig made it their own. Shipka went the classic route while McAdams took it to a sexier place and Wiig added a little beading. 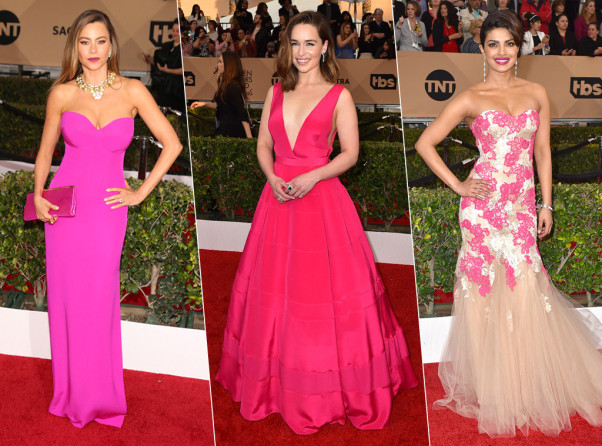 Who knew winter would bring such a vibrant color? Sofia Vergara, Emilia Clarke and Priyanka Chopra all stood out in this hot pink color. This is a sign to expect bold shades this spring. 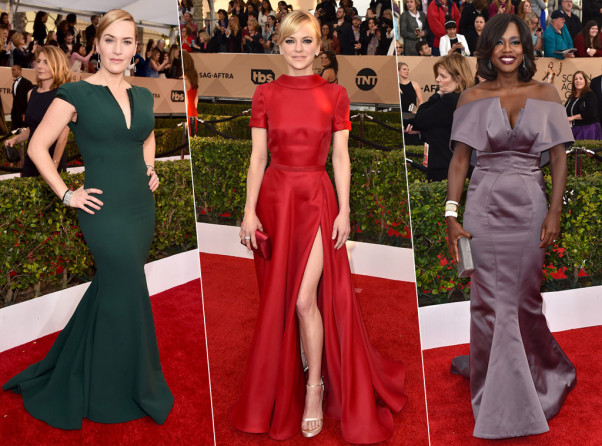 Classic silhouettes are classic for a reason. Kate Winslet, Anna Faris and Viola Davis were all pictures of elegance in their classic silhouettes. When in doubt, go for the classic because it will never fails. 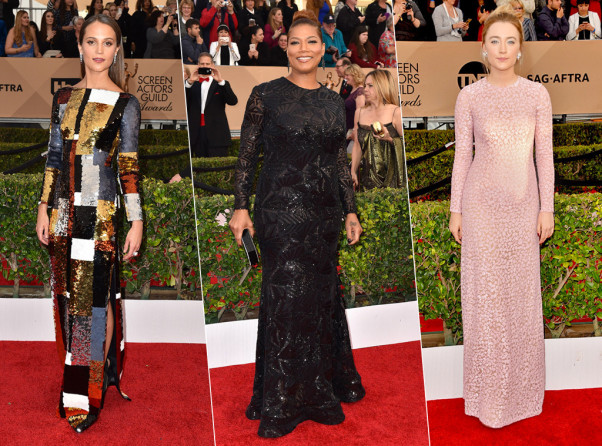 Column dresses were popular this year. Alicia Vikander, Queen Latifah and Saoirse Ronan were the best examples of this. It is flattering on just about every body type and isn’t going anywhere. Consider a silhouette for your next dinner date!

Kate Mara, Maisie Williams and Ariel Winter spiced up their outfits with dazzling earrings. Adding some serious jewelry is a fun way to spice up any outfit! 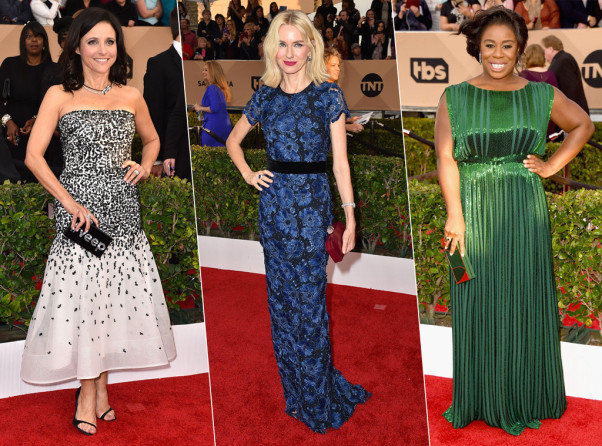 Julia Louis-Dreyfus, Naomi Watts and Uzo Aduba all showed up clutching something major. Dreyfus carried an epic Edie Parker Veep clutch. That should definitely inspire some fun into your wardrobe.