Cure Your Cabin Fever This Weekend

It’s hard to imagine that this time last week we were all running around, prepping for what would inevitably be Winter Storm Jonas. Whether you were waiting in 20-minute long checkout lines or cursing for forgetting to buy that snow blower you wanted last year, there was hardly a weekend to look forward with so many events canceled due to the impending snow. That’s in the past now (unless you’re still shoveling), and this weekend it’s all about getting out of the house. No more Netflix for you! Several events that were canceled last week are now on, so be sure to check out their pages for information on previously purchased tickets. Along with the rescheduled events, there’s a plethora of new events that will surely make you put down the remote and back away from the television set you spent far too much time with last weekend.

Metro is still recovering for the storm, so expect track work on all of the lines. Green and Yellow Lines will be single-track between Mount Vernon Square and L’Enfant Plaza with trains running every 20 minutes. On the Orange Line single tracking will take place between Foggy Bottom and Clarendon and between Foggy Bottom and Arlington Cemetery on the Blue Line. Both will run every 20 minutes. Red Line trains will single track between Van Ness and Friendship Heights and between Silver Spring and Glenmont. Trains will run every 18 mintues between Shady Grove and Silver Spring, every 9-10 minutes between Farragut North and Silver Spring from 9 a.m.-9 p.m. and a shuttle train will run every 24 minutes between Silver Spring and Glenmont. Silver Line trains will run every 10 minutes, but only between Wiehle-Reston East and Ballston, where you will have to transfer to a Blue or Orange line train. With all of this single tracking, be sure to pay close attention to platform information so that you are boarding the correct train. 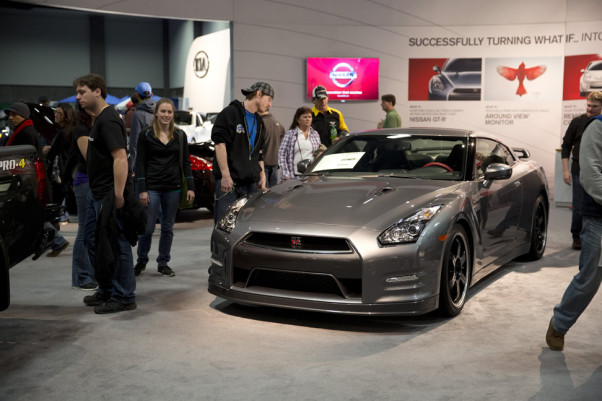 The Washington Auto Show is back in full swing with over 700 models for you to admire and a packed schedule of events.

The 2016 Washington Auto Show rolled into town with more than 700 new models to the delight of the new car smell lover in all of us. Events have been rescheduled because of the storm, but highlights of the abbreviated event include VIP tours, visits from your favorite PBS characters and even a live car painting. Grab a ticket and start your engines!

Laugh off those cabin fever blues with Comedy at the Kennedy Center with Cameron Esposito. If you’re a fan of late night TV, you might recognize Esposito. She’s a regular on the circuit. Her 2014 comedy album peaked at number 1 on the iTunes comedy charts and was labeled by The AV Club and numerous other publications. Catch this rising comedy star for what will surely be the very last of her free shows. 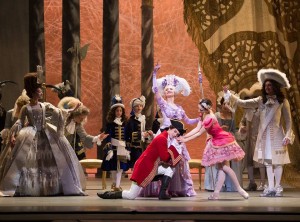 Do you remember Princess Aurora’s classic tale? She napped for a 100 years and then awoke to true love’s kiss. Ring any bells? See American Ballet Theatre: Ratmansky’s The Sleeping Beauty come to life for the last few performances of this ballet’s run at The Kennedy Center. The New York Times hails, “This [Sleeping Beauty] staging is a triumph of vivifying style… it’s the finest reconstruction I’ve ever seen of a dance work.” 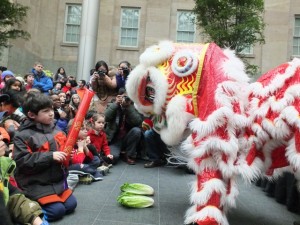 Celebrate the Lunar New Year with activities all afternoon at the Smithsonian American Art Museum (Photo: The Smithsonian)

It’s time to ring in the Lunar New Year at the Chinese New Year Family Festival! Join in on the tradition with different activities throughout the day including calligraphy demonstrations, traditional paper cutting and mask coloring. And don’t forget to tumble into the year of the monkey with acrobatic performances from the Henan Performance Group. 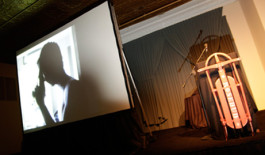 Celebrating local filmmakers, the Rosebud Film Festival is a 25-year tradition here in the DMV, exclusively honoring work from D.C., Maryland and Virginia filmmakers. Show your support for independent filmmaking and enjoy this 20-film collection of quirky and experimental works. The festival will take place over two days, with screenings on Saturday and an awards gala on Sunday.

Screenings will be held on Jan. 30 from 2-8 p.m. at the U.S. Navy Memorial & Naval Heritage Center, 701 Pennsylvania Ave. NW. All-day passes are $15 in advance or at the door. Tickets include reentry all day and admission to the awards gala on Jan. 31 from 7-10 p.m. at the Clarendon Ballroom, 3185 Wilson Blvd., Arlington. 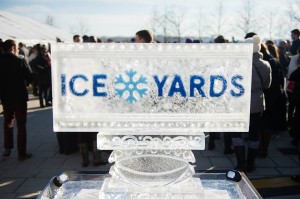 Boozy sno cones and live music await those who can make it out to Ice Yards 2016! (Photo: The Yards DC)

With promises of ski chalet vibes, boozy snow cones and live music, it is hard to believe there is a better way to spend a couple of chilly hours than at Ice Yards. Music will be provided by DJ Jerome Baker III, Party Like It’s… and Jeff from Accounting. There will be indoor snowfall, a photo booth, outdoor fire pits, an ice carving wall, ice sculpture gallery, ice shuffleboard and cornhole. Area restaurants will be selling food, so take cash. If you’re able to dig yourself out from Winter Storm Jonas, head on down to Yards Park for this snow-themed gathering for a little bit of winter fun. Snow or shine! 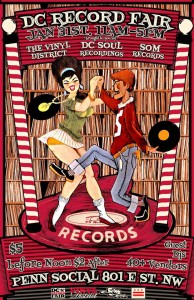 The D.C. Record Fair is an old-school event — sifting through boxes of records, filling in the gaps in your collection — that appeals to music lovers of all generations. Sip a drink and scope out the scene, which will feature more than 40 vinyl dealers from up and down the East Coast, as well as a DJ to keep music on your mind.

Remember what it’s like to use your imagination at this childhood themed performance from the United States Marine Band (Photo: Marine Corps)

Escape to the whimsy of your younger years at The United States Marine Band: Childhood Dream performance. Selections will take you on a flight to Neverland, the deepest corners of space and through the long-forgotten fantasies of your childhood imagination. 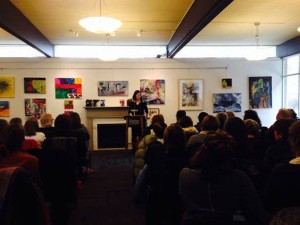 Celebrate the eighth edition of The Delmarva Review with a selection of authors featured in the literary journal. Noted authors and poets Sue Ellen Thompson and Anne Colwell will lead the conversation, discussing their books of poetry. Other authors include Wendy Mitman Clarke, Arden Levine, Sheila Walker and Neal Gillen. A reception with the writers and editors will be held afterwards. 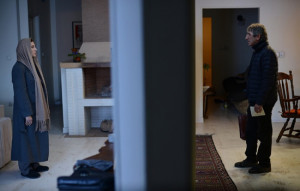 The Iranian Film Festival continues this weekend with a screening of Avalanche, a snow-themed narrative. (Photo: Iranian Independents)

Grab some popcorn because The Twentieth Annual Iranian Film Festival continues this weekend with a showing of Avalanche. As fate would have it, Avalance is the story of a nurse tasked with taking care of an ill woman during a snowstorm. Hopefully your Snowzilla experience was not as harrowing!

Jan. 31 at 4 p.m. at the National Gallery of Art, 401 Constitution Ave. NW. Admission is FREE! but seating is on a first-come, first-seated basis.

The Art of Jewish Food 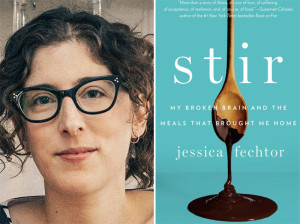 Author Jessica Fechtor details how baking and cooking helped her recover from a brain aneurysm at 28
(Photo: JCCNV)

Join author Jessica Fechtor as she discusses her road to recovering in her book Stir: My Broken Brain and the Meals That Brought Me Home at this Art of Jewish Food event. After suffering from a brain aneurysm at 28 during a run, Fechtor found her healing process aided by passion for cooking and baking. Learn about her journey and maybe pick up a few new recipes.

Jan. 31 at 4:15 p.m. at the George Mason University Nutrition Kitchen, 3950 University Dr., Fairfax. Tickets are $12 for adults and $8 for those under the age of 30. Tickets can be purchased online. Copies of the book will also be available.