Rules for Dating an Older Guy

Whenever I run out of things to write, I look to my girl squad for inspiration. We like to think we’re like the Sex and the City squad in which each of us are different and have our own unique talents, yet still all get along and go out way too much. So this week I looked to one of my best friends, Amanda, for inspiration.

Dating up can be fun if done right. (Photo: waysandhow.com)

If you’re a loyal reader, you may know Amanda as my once engaged, now single friend. She was in full Charlotte mode and has since switched to embrace her Samantha side. For those of you who don’t follow Sex and the City, that means she was ready to be a loyal housewife and is now a fierce, hot single on the prowl. That is until recently.

Amanda recently found herself smitten with a new older man. Dating up is pretty common, but can be a bit of an adjustment in the beginning.

For that reason, I’ve put together a quick set of rules to ease dating a DILF (dad I’d like to f**k).

If you’re dating an older suitor, you already know what you got yourself into. There’s no point in constantly bringing up the age difference because that’s bound to make one of you uncomfortable. But if it gets brought up, just laugh it off. For instance, Amanda and her older man were talking about the Backstreet Boys randomly one day. He mentioned he took his high school girlfriend to a concert once, to which Amanda replied her mom took her when she was in kindergarten. Talk about awkward.

To avoid any weird tension, the two just laughed it off and moved on with their normal conversation. Ultimately you’ve fallen for each other despite the age difference, so don’t let the lapse in time stop you from getting closer to one another. 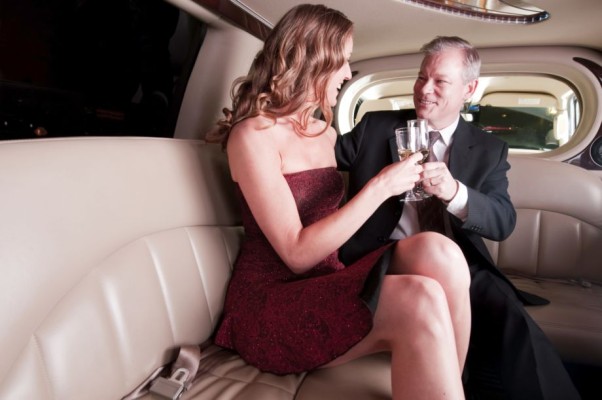 If you’re dating up and your suitor is wealthy, that is super bonus points. But in no way should it be everything. Still enjoy nice dinners, lavish hotels and valet parking by all means. Just make sure it’s not the focus of your entire relationship.

Amanda’s older man happens to be loaded, but it’s not the reason why she fell for him. Their personalities mesh well and they make each other happy when they’re together. So while money is a great addition, never use some one because that’s just cruel.

This applies to all relationships, with an age gap or not. Respect is essential for any healthy relationship. When dating you are equals, so just because someone is older doesn’t make them the boss. I don’t worry about Amanda because she’s short and sassy, and always demands respect when entering a relationship. So don’t let anyone take advantage of you, because older people aren’t always wiser.

Dating up can be great if done right. Make sure you have good intentions and actually like the person. If you don’t, you’re not dating up, you’re just looking for a sugar daddy.