Warm-up and Get Moving This Weekend

We’ve survived our first week of winter chill in the DMV! Although your instincts may be leaning towards total hibernation, we have a list of events to get you up and moving this weekend. Its the first weekend of temptation for your New Years fitness resolutions and we are here to help! Take a dance class at the Kennedy Center, get your heart pumping during a free workout session at Union Market or maybe keep things simple with a treasure hunt with the Smithsonian — the choice is yours! For those looking to be less mobile, there are two film offerings this weekend. Cozy up in the comfort of the dark theater and forget those resolutions!

Lookout for track work on the Red Line this weekend, trains will be single tracking between Forest Glen and Glenmont. Red Line trains will run every 18 minutes between Glenmont and Shady Grove and every 10 minutes between Shady Grove and Silver Spring from 9 a.m.-9 p.m. Silver Line riders be aware that trains will operate between Wiehle Reston-East and East Falls Church stations only for track work at McPherson Square and Smithsonian stations until noon Sunday, when regular service resumes. Orange and Blue Lines should be used before noon Sunday to complete your trip if you are planning on traveling to or from other stations. Blue and Orange Line trains will operate every 20 minutes until noon Sunday when regular service resumes. On Saturday and Sunday, no  Green Line trains will run between College Park & Greenbelt. Shuttle bus service will be provided. The Yellow Line will operate on a normal schedule, but only between Huntington and Mount Vernon Square. 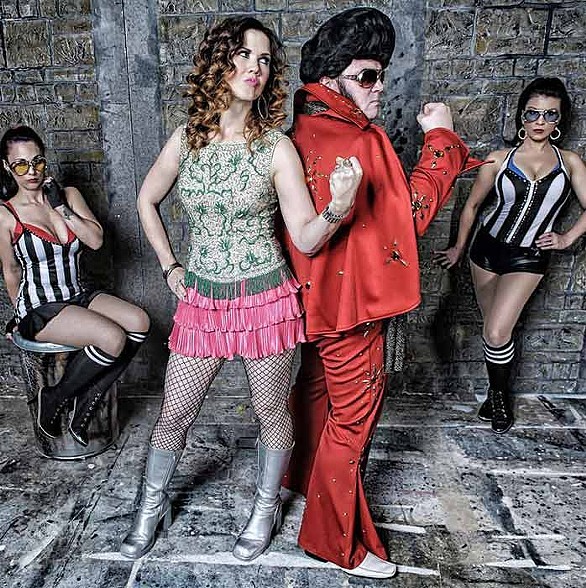 In honor of what would have been Elvis Presley’s 81st birthday, the “King” and D.C. burlesque veteran Kittie Glitter host Astro Pop’s annual Elvis’ Birthday Fight Club featuring burlesque and seven over-the-top bouts with off-color commentary and Elvis-themed burlesque performances and contests. The fight card is still under wraps, but past battles have included Mr. Peanut vs. Alvin and the Chipmunks, Godzilla vs. Bridezilla and Martha Stewart vs. the Swedish Chef. So, lace up your gloves and don your blue suede shoes to celebrate The King’s birthday month with a hunka‐hunka low‐down, low‐brow fun! 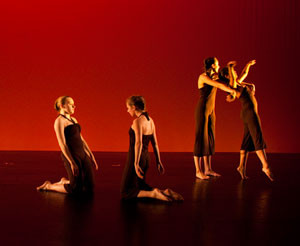 Joy of Motion Dance Center has partnered with the Kennedy Center for a series of free dance classes at the Kennedy Center’s Millennium Stage. Two of the final three classes will be offered this weekend. Friday’s lesson will be focused on flamenco with teacher Estela and Daniel Paredez and member of Furia Flamenca. On Sunday learn to impress your friends on the dance floor with a beginner hip-hop dance class with Christina Huertas. Both women are instructors from the Joy of Motion Dance Center. 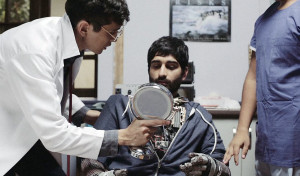 In Timmy II showing at DC Shorts Laughs, a robot with an identity crisis undergoes plastic surgery, only to discover that it makes his life even worse.
(Photo: DC Shorts)

Grab a drink and prepare to giggle at DC Shorts Laugh! Enjoy 90-minutes of the film festival’s favorite comedies from 2015 and performances by local comedians including Katherine Jessup, Naomi Johnson, Matty Litwack, Tok Moffat, Issac Hirsch and Mike Finazzo. It’s a two-for-one deal that is guaranteed to bring some laughter to your weekend.

The 20th anniversary of the Iranian Film Festival continues this weekend with a screening of The Cow. The film, which is a restored classic of Iranian New Wave cinema, tells the story of a man whose only source of joy and livelihood is his cow, which provides milk for the village. One night the cow is mysteriously killed, and that’s when the madness begins. “There are other films about men and cows, but unlike The Cow they can hardly be called love stories, nor are they works that so powerfully explore madness, solitude and obsession,” says Ehsan Khoshbakht.

Jan. 9 at 1 p.m. at the The National Gallery of Art’s East Building Auditorium, 6th Street and Constitution Avenue NW. Admission is FREE! Seating is on a first-come, first-seated basis. Doors open approximately 30 minutes before the show.

A Day of Music with the National Symphony Orchestra 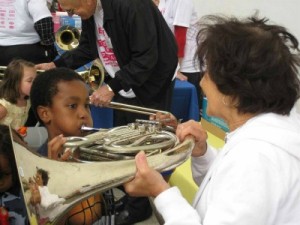 Kids can touch and play instruments that play in an orchestra during the NSO’s Day of Music’s “petting zoo.” (Photo: Jim Pittman)

This is the kind of hands-on introduction to music that you don’t typically get at a National Symphony Orchestra performance. For A Day of Music with the National Symphony Orchestra at the Smithsonian American Art Museum. At 1 and 3 p.m. in the MacMillian Education Center there will be musical “petting zoos” where youngsters can experiment with instruments that they’ll see and hear in concert. At 2 p.m. in the Kogod Courtyard, guest conductor Michael Butterman and NSO musician Marissa Regni (violin and host) will lead the entire orchestra in a family-friendly concert exploring the ideas that help shape composers’ creativity such as art, literature, poetry, travel, and nature. At 4 p.m. in the Lincoln Gallery, Jane Stewart and Susan Midkiff on violin, Denise Wilkinson on viola and Kerry van Lannen on cello will perform chamber music. At 5:30 p.m., there is another performance of chamber music, this time by The Last Stand Quartet with Alexandra Osborne and Joel Fuller on violin, Mahoko Eguchi on viola and Rachel Young on cello in the Lincoln Gallery. Then at 7:30 p.m. in the Kogod Courtyard, the entire orchestra led by guest conductor Francesco Lecce-Chong performs a community concert inspired by art exhibited in the museum. 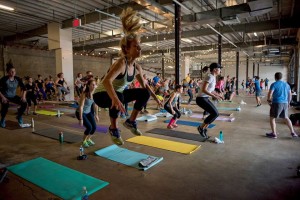 It’s time to hit those New Year fitness goals at the New Year, New Sweat Workout with Chris and Alex Perrin. Join fellow resolutioners and sweat it out to this high-intensity interval training/sports conditioning combo workout hosted by local fitness experts. After your workout, grab a bite to eat and do some shopping at Union Market, you’ve earned it! 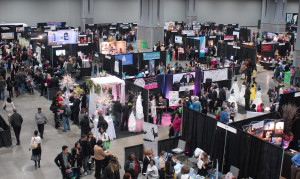 If you got engaged over the holidays or will be getting married in 2016, head over to the Washington Wedding Experience this Sunday. Browse the latest wedding trends and treats from more than 170 exhibitors. There will be informative displays, runway fashion shows, special exhibits in the Wedding Inspiration Gallery — its’s like Pinterest, but live with displays of flowers, cakes, photography, bridal gowns and tablescapes — seminars, multi-media presentations and more. During the day, there will be workshops where couples may ask questions and receive practical advice. 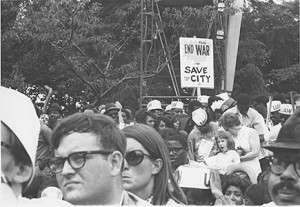 One of the events that shaped the Washington, D.C. that we know today was the Poor People’s March in March 1968. (Photo: Smithsonian Anacostia Museum)

Learn a little more about D.C.’s history at 12 Years Tours to Treasure. This family-friendly event starts with a docent-led tour of the Twelve Years That Shook and Shaped Washington (1963-1975) exhibit and ends with a self-guided treasure hunt for the whole family! During this period that the exhibit focuses on, Washingtonians experienced their first meaningful presidential vote, elected a city council and mayor for the first time in a century and became the largest majority African American city in the country. Freeways and suburbanization transformed the face of the city. New public housing accompanied the nation’s most ambitious urban renewal effort, and thousands of residents were displaced in the effort to build a modernist vision of the city. Kids will receive a gift for completing the treasure hunt. Recommended for families and children 6 years and older. The exhibit is on display through Oct. 23. 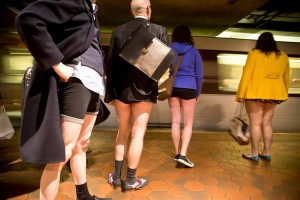 A pants-free Metro ride? Why not?! (Photo: Improv Everywhere)

Cap off the first chilly week of 2016 with a pants-free ride on the metro with the No Pants Subway Ride. An annual tradition started by Improv Everywhere, this event is all about breaking the rules and having fun! Join fellow riders for a pants-free ride on our beloved Metro. Feel free to put your pants back on and grab a drink with your new rule-breaking friends at Cobalt. Don’t forget a backpack to put your pants in and your SmartTrip card!

Jan. 10 from 3-5 p.m. on Metro. Pre-ride meet-up will be held at Hancock Park by the L’Enfant Plaza Metro at the corner of 7th and C Streets and Maryland Aveue SW. The after party is at Cobalt, 1639 R St. NW.