Night at the Museums

No trip to Washington is complete without a trip to the National Mall and a tour of at least one the iconic Smithsonian Institution museums that line its thoroughfares. This year Cosmo Couture took its inspiration from the world-renowned museum and research complex. 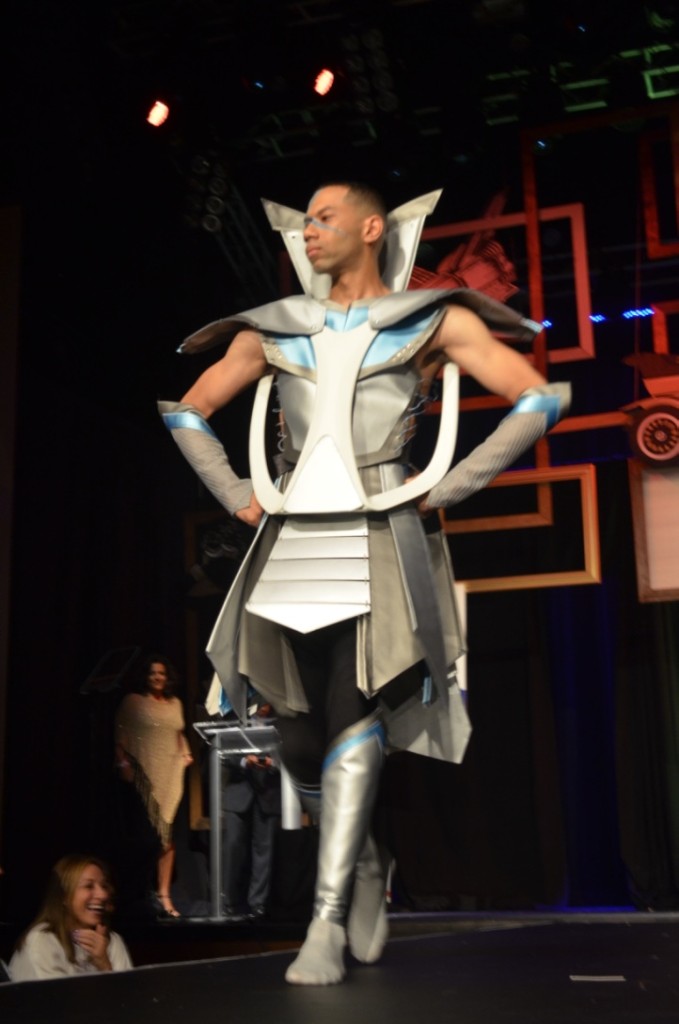 Each team randomly drew one of 13 Smithsonian museums at the Cosmo Couture 2015 kick-off party, which provided the creative concept for an haute couture garment. Using the materials provided by its manufacturing industry partner, each team created an haute couture garment made from a variety of building finishes including tile, carpet, wood, vinyl, glass, rubber, fabric and light fixtures. 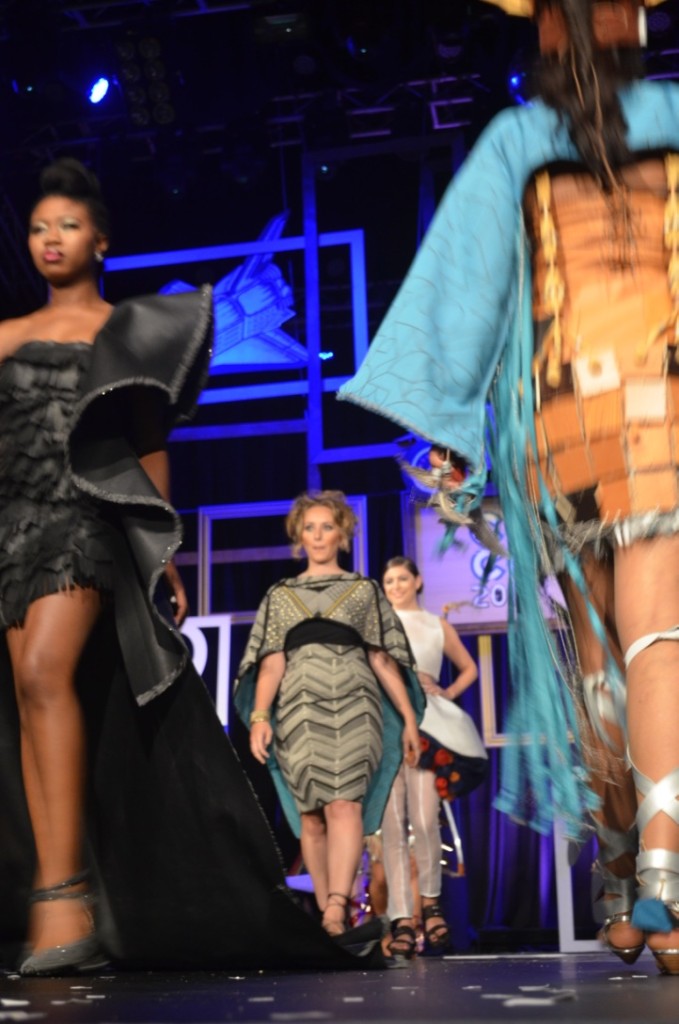 In my opinion, this year’s garments were even more wearable and deserving of the haute couture moniker than ever before. This undoubtedly made selecting the winners for each of the six awards — haute couture, best performance, most creative, most unique material, best interpretation of theme, audience favorite — more difficult for the judges. 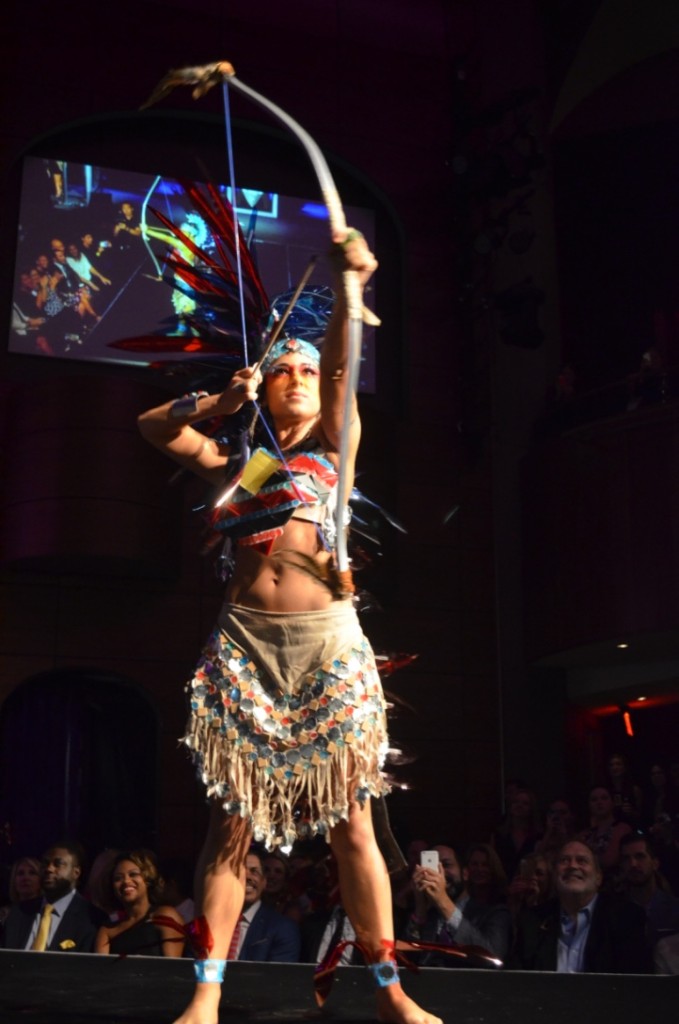 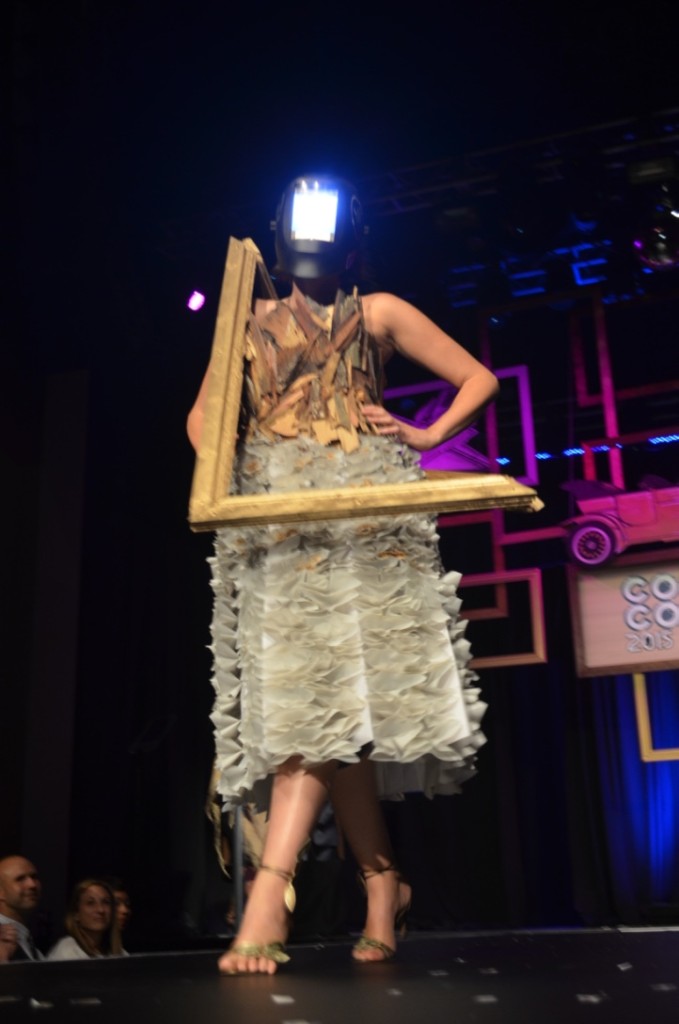 Using wood in fashion can be challenging, but VOA made it work. This team took the most creative award with a dramatic gown with a sculptural bodice made from scraps of reclaimed wood that contrasted with the skirt composed of pleated plastic sheets. Evoking the stark contrasts of the Gilded Age, the inspiring art of the New Deal era and the changing landscapes of the Industrial Revolution, this was a well-executed and thought-provoking piece. Museum: Museum of American Art

Millar and Associates was awarded most unique material with a dress crafted from decorative and acoustical ceiling tiles, hanger wire and moisture barrier tile. Mimicking the color, texture and translucence of minerals and gemstones, this ensemble demonstrated a virtuosic manipulation of unexpected materials. Museum: Museum of Natural History 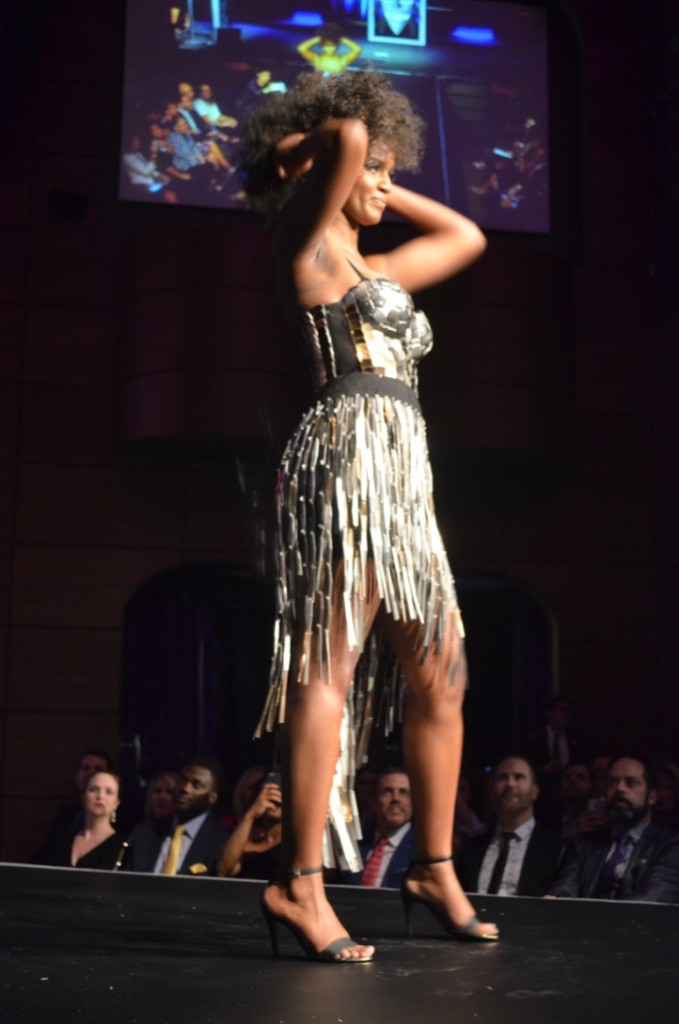 HOK’s design was inspired by the evolution of African music. (Photo: Scott Steinke)

Best interpretation went to HOK, with a surprisingly fluid dress constructed of surface finish materials including metal fused bronze sandstone and mirror, nickel silver sandstone and fused white gold mirror and seastone. The rhythmic movement of these hard materials was suggestive of music, which was the inspiration behind the dress. Museum: National Museum of African Art (Music and Culture Exhibit)

When tweets were tallied, the audience favorite was revealed to be Fox Architects, who drew their design inspiration from the ongoing architectural renovation of the Renwick Gallery. The garment’s unfolding layers symbolized the removal of aging plaster and brick, illuminated by LED light sheets accentuated by multicolored electrical wire. Museum: Renwick Gallery

The one and only Miss Ella Fitzgerald. (Photo: Scott Steinke)

While the judges deliberated, the audience was entertained with a performance by DMV drag legend “Miss Ella Fitzgerald” and her Ladies of Illusion. This year’s beneficiary was Rebuilding Together of Washington, D.C., whose mission is to preserve and revitalize low-income homes in the nation’s capital. Once again, Cosmo Couture put on a first-rate show to raise funds for a great cause, reaffirming its status as the DMV architecture and design community’s most highly anticipated event of the year.