The trend for “green,” all-natural beauty is gaining popularity these days as people are becoming increasingly wary of the potentially harmful chemicals present in many cosmetics. However, the words “natural” and “nail polish” are difficult to reconcile. Although the earliest nail polish, believed to have originated around 5,000 years ago in China, was made from egg whites, gelatin and beeswax, the modern form of nail lacquer — first created in the 1920s by a French chemist — is highly unnatural stuff. The formula was an adapted version of the glossy enamel used on cars, a product that exuded fumes one would be wise to not inhale, and contained chemicals better left off of one’s fingertips.

In recent years, many nail polishes have been excluding dipbutyl phthalate (DBP), toluene and formaldehyde, giving rise to the “three-free” formula, which is becoming the industry standard. Now a new crop of “five-free” polishes,which are made without formaldehyde resin and camphor, has hit the market.

Formaldehyde resin, as its name implies, is similar to regular formaldehyde, but differs in that it has not yet been established as a carcinogen. It is used in nail polishes as a nail strengthener, but exposure can trigger contact dermatitis. Extracted from the tree Cinnamonum camphora, camphor is technically a natural ingredient but can be dangerous if inhaled in excessive amounts, inducing headaches, nausea, dizziness and irritation. So, getting with the five-free nail polish program looks like a good idea. You can never be too careful!

Until recently, I’ve been dissatisfied by the performance and limited (childish, and “Barbie-like” are the words that come to mind) color range of natural nail polishes. However, there are now some excellent, high-performance five-free nail polish brands with superb colors that I can wholeheartedly recommend, and these are my top five picks: 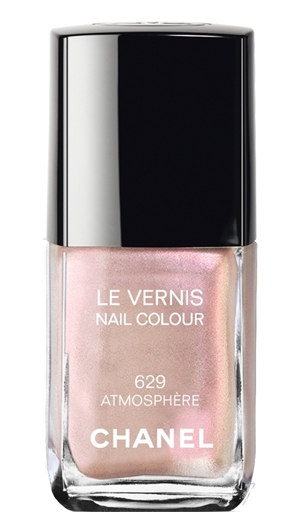 As I’ve written before, I love Chanel’s cutting-edge nail colors and superior, long-lasting formula. The happy discovery that Chanel had gone five-free gave me carte blanche to go out and purchase my favorite shade from their fall 2014 collection.

One of the first five-free brands, Russian immigrant Zoya Zeyris created the Zoya nail line back in 1979 to fill the need for top quality nail products made from natural ingredients. The color range of 300 shades is second to none, and the polish goes on smoothly and lasts. Zoya’s duochrome shimmers are among the best.

Known for its fabulously chic neutral shades, RGB was launched in 2009 by Gina Carney to bridge “the gap between green beauty and luxury cosmetics within the nail space.” The refined color palette reflects Carney’s minimalist taste — their nude nail tints are perfectly on trend for fall.

Brazilian model Kartika founded Kure Bazaar in response to the lack of safe, natural nail polish that she could use during her pregnancy. It’s hard to believe that these glossy, chip-resistant polishes are made with 85 percent natural ingredients. The sophisticated color palette makes it difficult to pick a favorite.

Local luxury beauty line Mischo Beauty makes some of the best five-free polishes around; the colors are stylish and stunning, and polish is smooth and long-wearing. The debut collection launched last year and has been a runaway success since. The fall 2014 collection, with its two elegant neutrals and two dramatic dark  shades, is not to be missed.