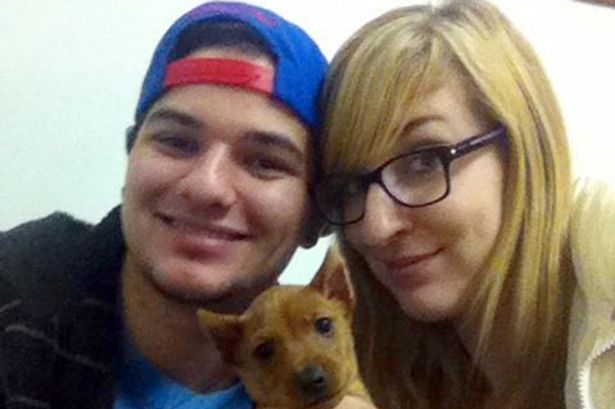 Tucker Blandford, a Connecticut resident, was engaged to Alex Lanchester, a British woman. Their wedding date was looming closer and Alex had gone a few days without hearing from Tucker. She received a phone call from Tucker’s father saying, “Alex, this is Tucker’s dad. There’s no easy way to say this … I am sorry to say that Tucker is dead.”

Distraught and confused, Alex called Tucker’s mom. Unfortunately, she was in for quite a shock. Tucker’s mother had no idea what Alex was talking about and it turned out that Tucker was alive and well. Alex found out that the “grieving father” was actually just Tucker faking his own death to avoid marrying her.

Alex and Tucker met stateside in August 2012 while she was working at the campus cinema of Connecticut University as part of her study abroad program. Within weeks, the couple became inseparable and Tucker showered Alex with gifts and nice dinners. Alex met Tucker’s family and became very close to his mother.

However, once her year in the U.S. was over, it was time for Alex to go back to her university in the United Kingdom. Tucker was not ready to let go of the romance quite yet. He proposed, and Alex happily accepted.

They eventually set the date for Aug. 15 so that Alex would have enough time to go dress shopping and prepare for the wedding. Tucker was set to fly over on Mar. 28 to visit Alex, learn about the wedding details and see his fiancé. Alex paid for his flights and booked day trips and a stay in a Dorset hotel. But just a week before his arrival, Alex received the phone call.

Tucker’s “dad” explained that before Tucker’s “suicide” they had been trying to send him to a psychiatric unit for help as he had been battling “depression.” When Alex called Tucker’s mother and learned the truth, she also found out that his parents did not even know they were getting married. They thought that she and Tucker had broken up when she had left Connecticut.

After realizing the truth, Alex called Tucker to find out his side of the story. He would not pick up her calls but eventually texted her admitting that he had lied. But Alex did not cancel her plans. She decided to take a trip to the U.S. anyway and has now set up a business making wedding favors.