We have been told that D.C. is the best city for singles. But we’ve also been told that there are too many singles in D.C. that aren’t available by choice. So which is it? And why is dating in D.C. so darn hard? A group recently set out to find the answer to the latter through a panel discussion at Arena Stage in southwest D.C. On Apr. 29, a group of men and women from their 20s-40s gathered to listen to a panel discussion called the Great Love Debate. 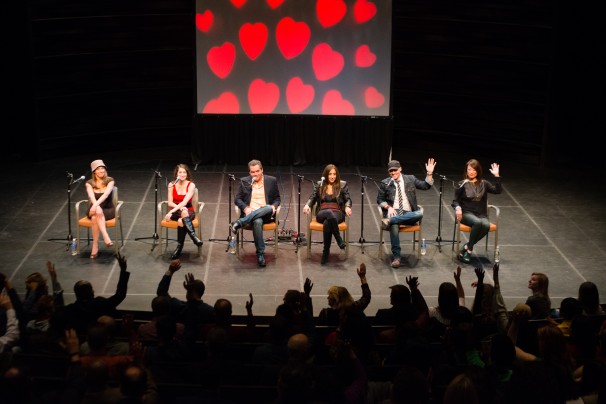 The Great Love Debate has been replicated by founder Brian Howie in dozens of cities such as Boston, New York and Chicago. The town hall-style event brings men and women together to discuss why they are still single. Howie, a Los Angeles-based director, producer, author of How to Find Love in 60 Seconds and a panelist during the Washington debate remarked, “If I was a single woman, I would move to D.C.”

Some attendees disagreed with Howie’s view, noting that the attitude D.C. residents hold is the reason behind the challenges of the Washington dating scene. Attendee Janée Davis said, “I think people have way too many agendas and don’t know how to live life. They just want the title — married, engaged, in a relationship, somebody loves me.”

“A lot of people don’t have a sense of self and real identity,” continued Davis. “They’re afraid to be individuals.”

Other women blamed men’s pickup methods, citing some men who come off as “creepy.” This led to a role playing segment. A woman was brought onstage, as was a male volunteer from the audience to act out what might be a “creepy” approach at Starbucks. The man, who is blind, says “Well, listen, I can’t see a whole lot, but I can see you’re smokin’ hot,” causing laughter from the audience.

“I think all women should have to approach a man, so they can see how hard it is,” panelist Melanie Curtin said. Women were given the opportunity to do so after the debate at Station 4, a restaurant and lounge located near Arena Stage.

According to The Washington Post, five members of the Singles and Suburbs Meetup group in attendance walked away with dates they met at the Station 4 after-party.