The fashion community was shocked and deeply saddened to hear of L’Wren Scott’s suicide last week at the age of 49. The fashion and costume designer, celebrity stylist and model was internationally renowned for her elegant designs that were simultaneously classy, sexy and figure flattering. Clients raved about Scott’s ability to style and design to flatter any woman’s figure and make her feel beautiful. With sadness for a great loss in the fashion world, we take a look at some of Scott’s most memorable fashion moments. 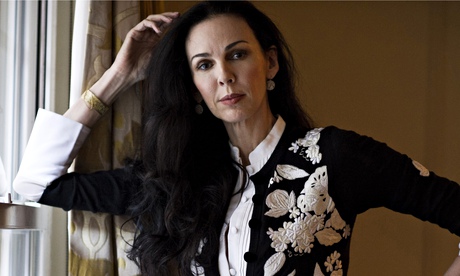 Scott was probably best known for her black sheath dresses, most notably the iconic “Headmistress” dress worn by Madonna in 2006 and tweaked in later collections. Featured in Andre Leon Talley’s book The Little Black Dress, Scott said “A little black dress…represents what every woman wants: confidence.” 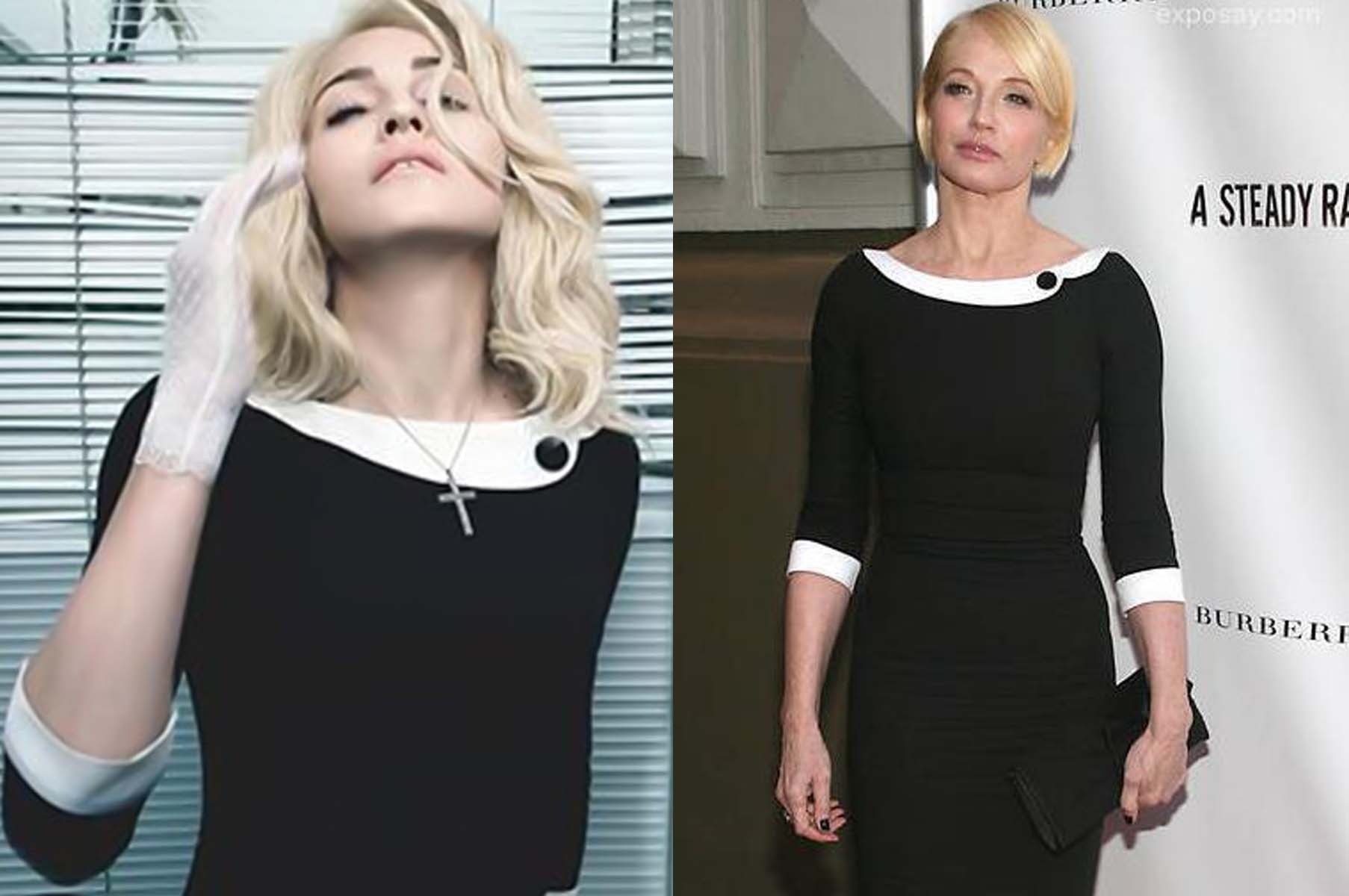 Madonna, Nicole Kidman and even First Lady Michelle Obama are fans of Scott’s LBDs. The designer included a version of the white-collared black “Headmistress” dress in a holiday collection she collaborated on with Banana Republic. Ellen Barkin told The New York Times in 2012: “These dresses do extraordinary things to anybody. If I looked naked like I look in her dresses, I’d be very happy.” 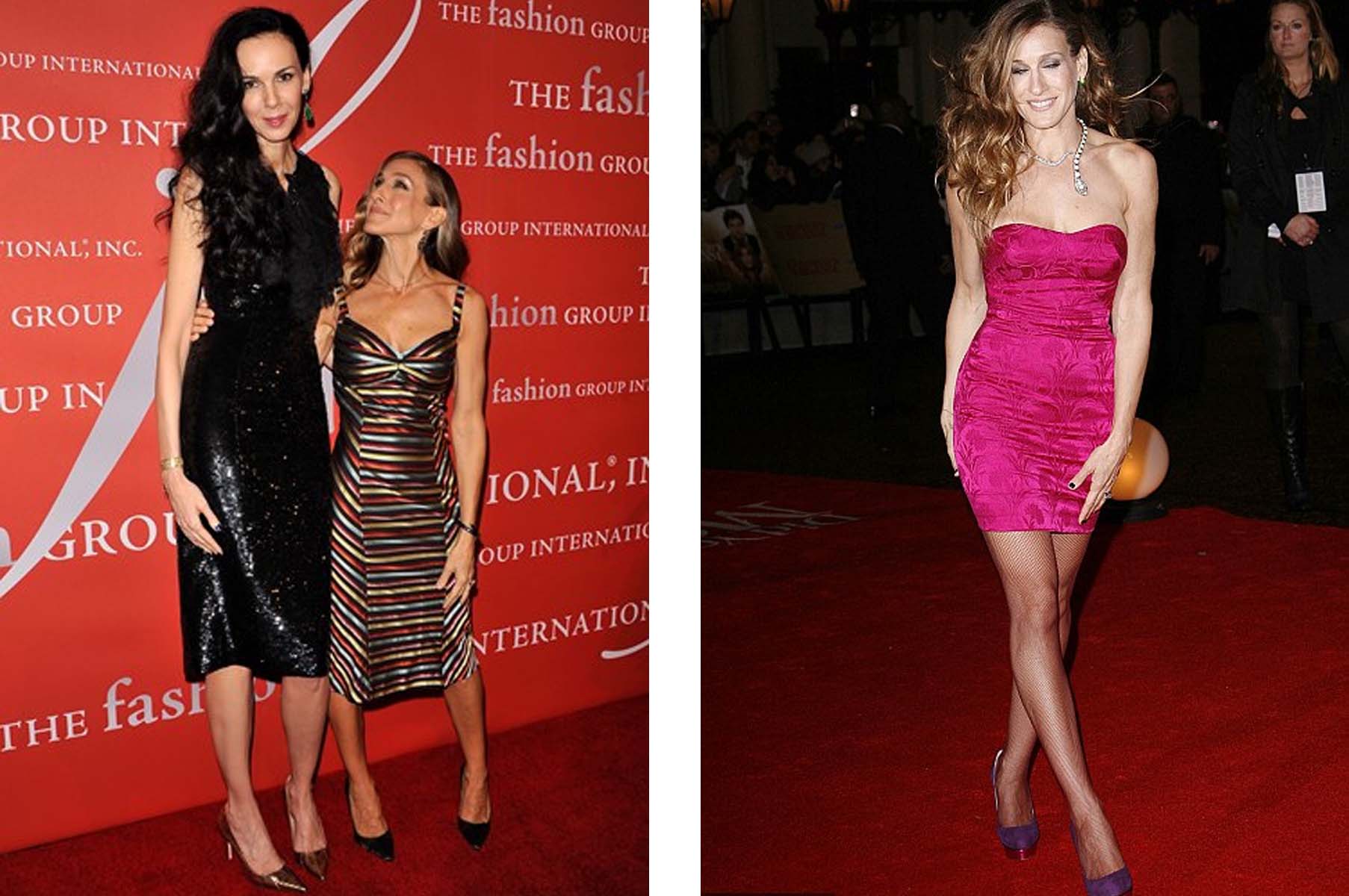 Truly a self-made woman, Scott taught herself to sew out of necessity. When she was 13 and had trouble finding clothes to fit her statuesque frame, Scott learned how to make her own.

But her designs were universally appealing to tall and petite women alike. Sarah Jessica Parker at 5-feet 3-inches tall was a devotee. The actress chose a multi-color striped cocktail dress with matching jacket and purse for the annual Fashion Group International Night of Stars event in New York in 2012 and dazzled in a hot pink brocade L’Wren Scott mini dress for the London premier of Did You Hear About the Morgans?

Parker raved about Scotts dresses to the UK Telegraph in 2011: “She makes an unbelievably contemporary dress in a remarkably old-fashioned way for all sorts of women and body types.” 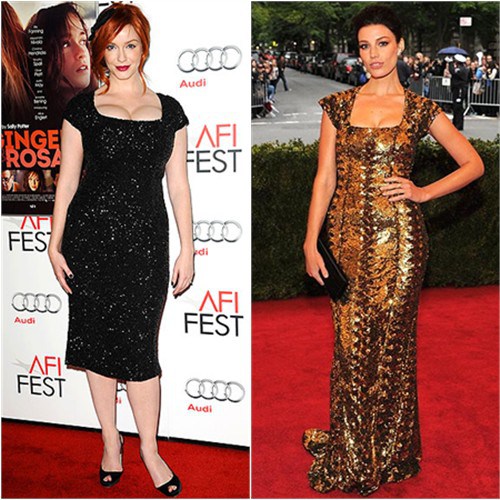 “L’Wren’s clothes make you feel like a sexy pin-up, a sophisticated lady and a rockstar all at once. She designs for how women want to look and for what men want to look at,” said Hendricks.

Actress Allison Williams, known as much for her red carpet style as for her acting, was also a Scott regular. She wore a graphic red and black dress to the Seventh Annual Women Of Worth Awards in New York in 2012 and a skin-tight blue leather sheath to the 2013 CNN Heroes: An All Star Tribute at The American Museum of Natural History in 2013. 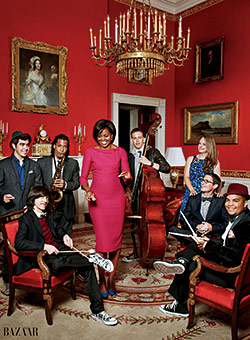 Scott’s influence reached even beyond her actress clients, with fans including fashion icon Michelle Obama. The first lady insisted that she wear her own Scott dress (a raspberry sheath) and bright blue kitten heels for a 2010 Harper’s Bazaar photo shoot, shunning any suggestions for outfit changes. It’s that kind of fierce confidence that Scott aimed to bring out in the women who donned her beautiful designs.

Erica Moody is a Louisiana-born writer who’s called D.C. home since 2010. In addition to fashion writing, she covers social events, edits The Citron Review literary journal and is working on a novel. Erica holds an MFA in creative writing from Antioch University.

Erica Moody is a Louisiana-born writer who's called D.C. home since 2010. In addition to fashion writing, she covers social events, edits The Citron Review literary journal and is working on a novel. Erica holds an MFA in creative writing from Antioch University.

Erica Moody is a Louisiana-born writer who’s called D.C. home since 2010. In addition to fashion writing, she covers social events, edits The Citron Review literary journal and is working on a novel. Erica holds an MFA in creative writing from Antioch University.