Let the World Be Your Oyster

As Louisiana cuisine’s foothold in D.C., Acadiana held the kickoff event to Mardi Gras D.C., Let Your World Be Your Oyster, last night featuring bushels of Gulf Coast product on the half shell. A promotional week for Louisiana culture and business, Mardi Gras D.C. transforms the nation’s capital every year into a regular Bourbon Street with events held throughout the city including at the Washington Hilton. 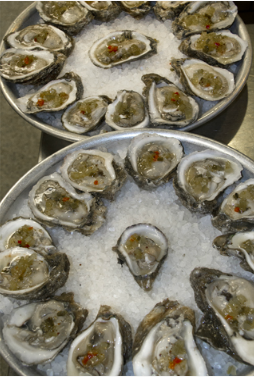 Politicos, lobbyists and staffers mingled throughout the sprawling, elegant restaurant enjoying oysters in all its many varieties. Shuckers from New Orleans’ Acme Oyster House pried open massive gulf oysters like madmen while Rappahannock  Oysters, which has an oyster bar at Union Market, presented guests with the smaller, buttery oysters characteristic of the Rappahannock River. When oysters are coming at you fast and furious, it is very easy to post up at the shucking station and slurp down a dozen oysters in 10 minutes, which I happily did several times throughout the night. 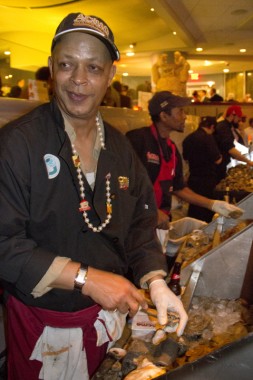 Though raw and salty is my preference, oysters were available in many other forms. Similar to Bubba’s shrimp litany from Forest Gump, oysters can work their way into a number of dishes with fantastic results: marinated oysters, fried oyster po’ boy sandwiches, oyster bisque, oyster stuffing — all available, all delicious.

Hosted by the Louisiana Seafood Marketing Board, the event gives politicians and their staff a taste of the importance and quality of Gulf Coast product. After about 30 oysters, you’ll need no convincing. 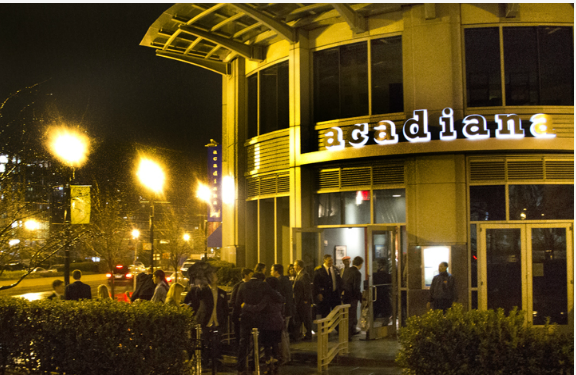 Acadiana serves fine ethnic food from southern Louisiana throughout the year. When Mardi Gras proper rolls around next week, Acadiana will be hosting a Fat Tuesday extravaganza with all-you-can-eat-and-drink of Louisiana food and beverage while Live New Orleans music gives you something to tap your toes to. Check out the menu and details here.