New restaurants are popping up on the revitalized H Street almost daily. RedRocks Pizza will soon open its doors and famed underground taco legend Tacos Impala, which has been serving out of the Pug on Tuesday nights, are scheduled to set up shop officially before summer’s end. Though new faces and menus always help expand a neighborhood’s palate, the H Street area has some off-the-strip institutions  that have been serving first-class food back before H was hip. Here are some of my favorite H Street hole in the walls.

A. Litteri classic Italian sub — best in the city. (Richard Barry/DC on Heels)

An unassuming store front sandwiched between D.C. souvenir wholesalers, A. Litteri’s has provided the District with rare and authentic Italian products for over 75 years. Eclipsed by its bright and shiny neighbor, the nearby Union Market, A. Litteri’s is a word of mouth kind of place that is easily overlooked, but once found, hard to forget.

Housed inside a nondescript exterior is an overflowing vault of Italian ingredients. In every variety, patrons can find olive oil, pesto, pasta, canned tomatoes, balsamic vinegar, wine and delicious subs. Make your own or go with the classic Italian. These subs are put together from quality meats and cheeses, seasoned with peppers, oil and vinegar and placed inside a soft or hard roll of artisanal wholesomeness. Best sub in D.C.! 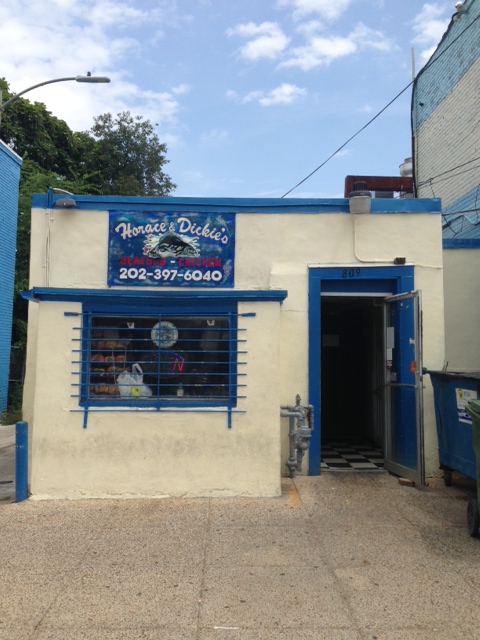 Horace and Dickey’s — let the food do the charming.(Richard Barry/DC on Heels)

Though its a rare moment, I find myself at Horace and Dickey’s sober and not scared. This seafood dive dishes out the best soul food deal going. Six dollars gets you a fish sandwich made with six or more pieces of fried whiting fish and two slices of store bought bread, white or wheat. This is about as basic, delicious and near-diabetic as you can get. So much so that it was featured on Travel Channel’s Man vs. Food.

You will never hear someone bragging about how often they frequent Horace and Dickey’s, but the line is always out the door and its late hours make it a convenient eatery for all walks of life. 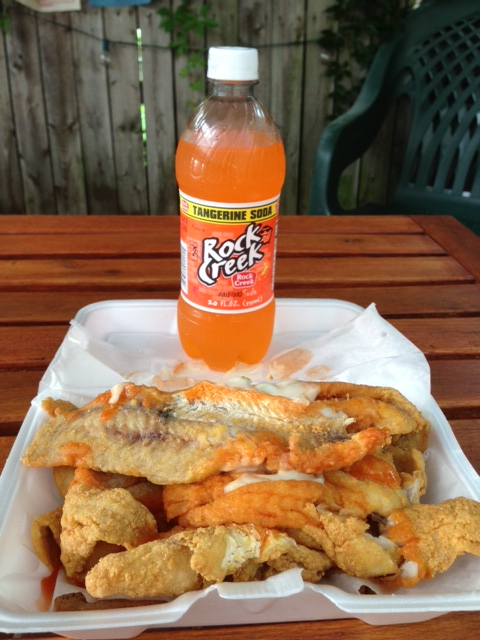 Chupacabra hasn’t had its doors open as long as the previous two H Street pillars, but this tiny Latin kitchen’s brand of flavorful and diverse tacos is sure to become an Atlas neighborhood mainstay. Just off H on 8th streets, Chupacabra has a nice, little place carved out with a Dias de los Muertos themed interior and a simple but inviting outside eating area, perfect for a quick, quality summer meal. On my visit, I surveyed the taco menu, selecting the primavera (squash and eggplant), the pescado de jamaica (panko crusted tilapia) and the borrego del fuego (hot lamb with habenro and spices). Good stuff!

Lots of tacos at Chupacabra. (Richard Barry/DC on Heels)

Hope these suggestions get you out to H Street. Have fun discovering the old with the new!