Zengo, Chinatown’s fusion hotspot, has been rolling out test kitchens every few months highlighting the culinary traditions of one Asian and one Latin American country. DC on Heels was keen on Zengo’s fall Korea-Mexico test kitchen and decided to stop in again for their just released Hong Kong to San Juan menu. 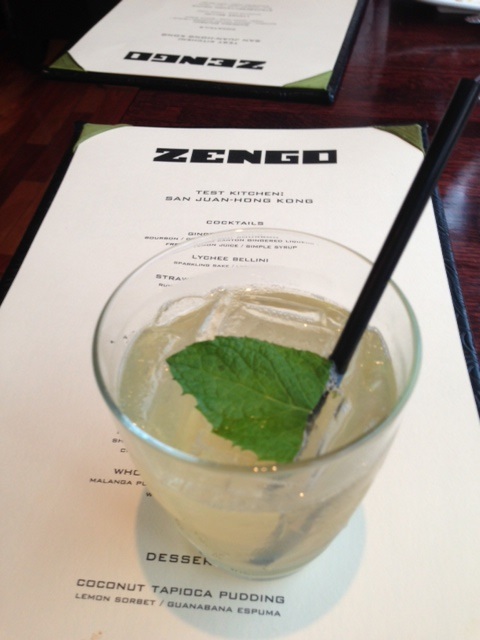 The excitement and innovation of Zengo’s test kitchen series comes from the drastically different cultures Chef Graham Bartlett pulls from. Though Hong Kong and Puerto Rico do share a similar situation of semi-autonomous governance in the shadow of world super powers, you wouldn’t instantly connect the two as cuisine cousins. Zengo’s fusion wizards, though, have paired these styles to perfection with expansive, well-traveled dishes.

Best pork ribs I have eaten with chopsticks, or ever. (Richard Barry/DC on Heels)

Zengo believes in sharing. Their small plate options come with sizable portions, intended to be swapped between diners. The Adobo sweet ‘n sour BBQ pork ribs topped with chopped chayote coleslaw had a grilled texture and marinade glisten. On taste, they fell apart bonelessly. The dish also came with papa rellena balls — fried potatoes stuffed with bacon and jack cheese. I’ll let you do the math on that one.

Keeping the ribs company was a line of pop-able delights, the foie gras-plantain mofongo shumai. Plantain dumplings stuffed with pork and topped with black vinegar and a spicy xo sauce. These bite-sized appetizers came packed with flavor and could probably single-handedly fill you for a meal. 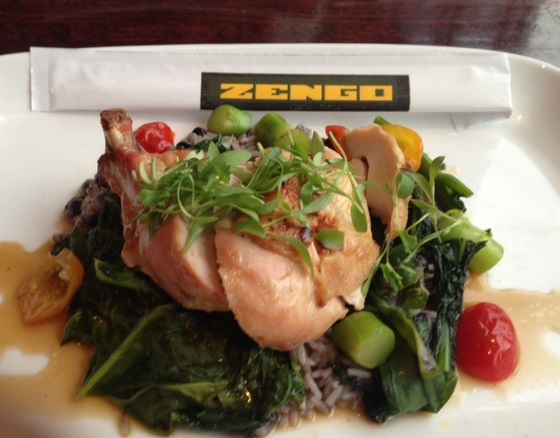 The fish was a fried Red Snapper, served whole. A crunchy exterior covered white, flaking meat that dissolved before bite had left the fork. Our server encouraged us to eat the whole thing and I, for one, will say the eyes were delicious.

When trying out one of the main dishes be sure and order from the specialized test kitchen drink menu, which includes gingered bourbon, sparkling sake with lychee fruit and a strawberry-lemon mojito. And don’t forget the coconut tapioca pudding with lemon sorbet for dessert! 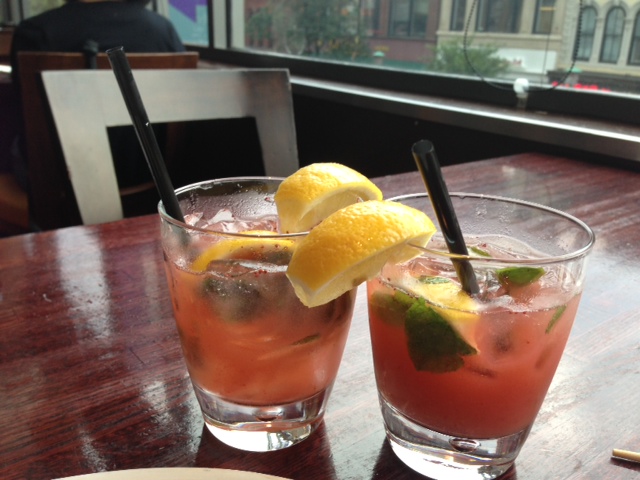 Strawberry-lemon mojito off of the test kitchen drink menu. (Richard Barry/DC on Heels)

Richard is a freelance writer who enjoys building a healthy appetite with long runs around the city. When not logging the miles, he can be spotted training the palate at brunches, happy hours and food trucks.
One Comment

We Love Our Fans