Ford’s Theatre Society hosted its annual gala last Sunday at the Ford’s Theatre. The night’s main event included the presentation of the Lincoln Medal to former Secretary of State Condoleezza Rice and Basketball Hall of Fame honoree Bill Russell. Despite rain clouds and wind, DC on Heels weathered it out on the sidelines to capture the best of the semi-star-studded red carpet for you. 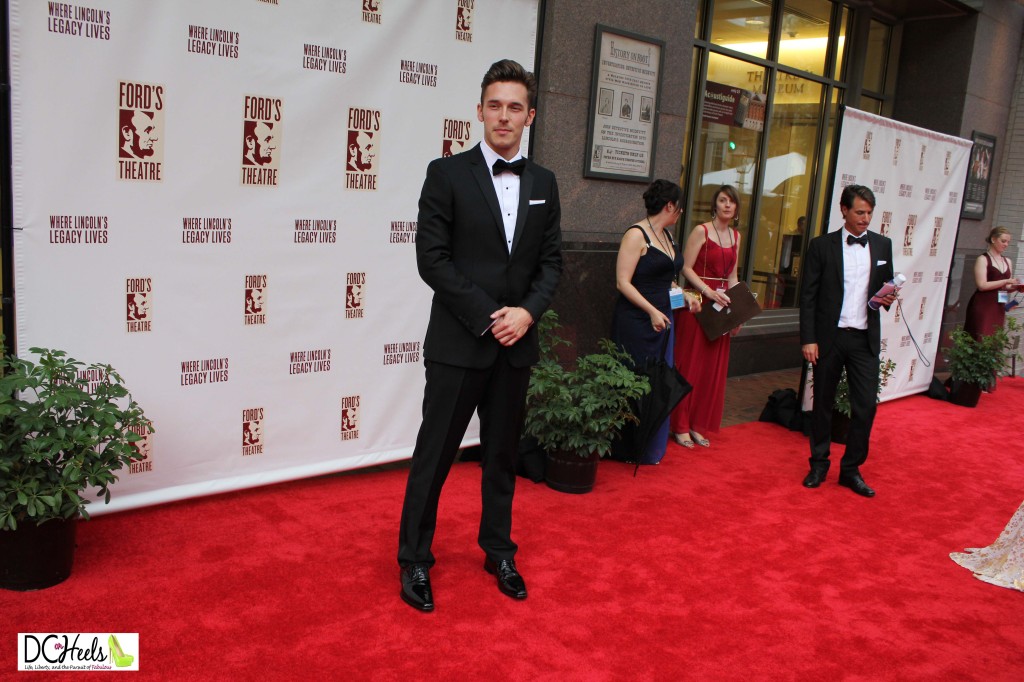 The highlight of the red carpet arrivals ended up being the affable and good looking Sam Palladio from ABC’s drama Nashville who later took the stage to perform with co-star Clare Bowen. While other celebrities and politicians hurriedly walked down the red carpet, Palladio graciously took his time like a proper red carpet guest, smiling and talking to sideline admirers. We were able to ask him about his career and experiences in the States. He said it’s been amazing for him so far. For someone who grew up in a small fishing town in the U.K. to be where he is now, his story only makes him that much endearing and charming.

In my heart, I was secretly so excited to see Eric Stonestreet who plays Cameron Tucker in ABC’s Modern Family. His outrageously stereotypically gay and ebullient onscreen character has made him one of the most loved characters of the show. But however lively and cheerful Cameron Tucker is, Eric Stonestreet is not. He came and went on the red carpet, hardly speaking (or smiling) to anyone. It honestly came as a bit of a surprise. It’s always a strange encounter when someone isn’t as you expect them to be, however unfair your assumptions. Celebrities are understandably always being hounded by paparazzi. Yet, at the same time, the complete divergence in his character was somewhat of a disappointment — not so much of a disappointment to stop watching the show though! 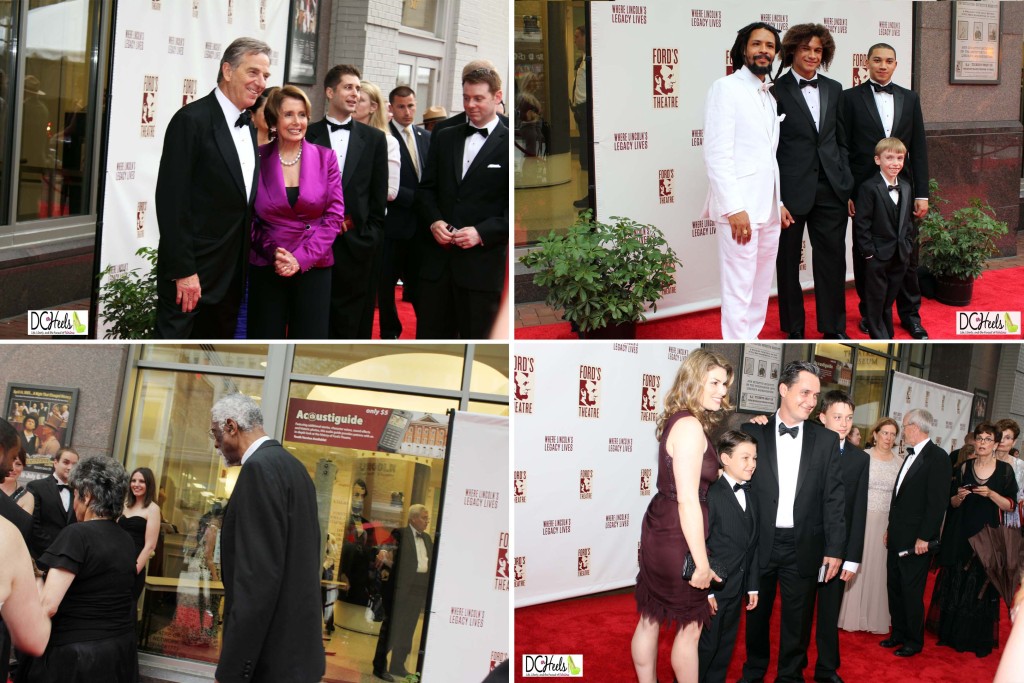 The evening’s main event was the presentation of the Lincoln Medal to Rice and Russell. The Lincoln Medal is an annual award given to a person who, “through their body of work, accomplishments or personal attributes, exemplify the lasting legacy” of President Abraham Lincoln. Past recipients of the Lincoln Medal include Holocaust survivor and author Elie Wiesel, human rights activists Archbishop Emeritus Desmond Tutu and Justice Albie Sachs, filmmaker George Lucas, actors Morgan Freeman and Sidney Poitier, and others. 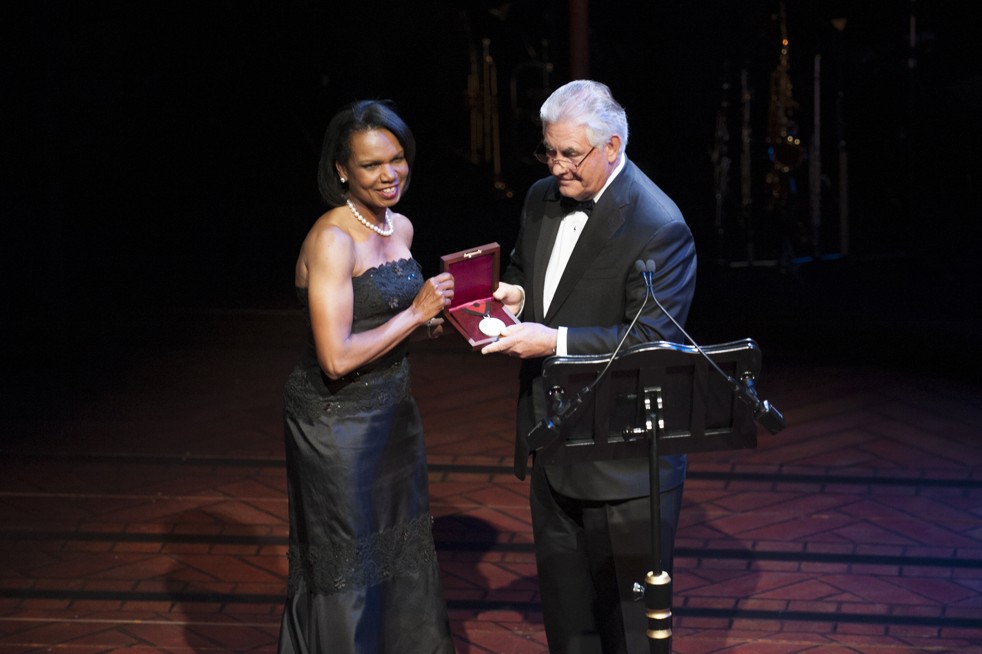 This list and the assorted types of people who walked the red carpet at Ford’s Theater shed light on an interesting aspect of Washington, D.C. The peculiar mix of politics and celebrity exemplified just at this one event is part of what makes the District so unique and wonderful. It is a powerful city, politically and otherwise. It’s a city of influencers, tastemakers and achievers. If someone’s changing the world somewhere, they’ll almost always eventually make a stop here.

Liz Parker is a NOVA girl with a long love affair with Washington, D.C. A self-proclaimed Washingtonian, she spends her days and nights coffee shop hopping and wandering around the city. She’s fascinated with street-style fashion and has a soft spot for thrift and vintage shops.
More posts by the Author »