Spring is here and its time to play ball! The Nationals are currently 17-15, and although they’ve faltered a bit in hitting their groove, Nationals Stadium can always be counted on to field a lineup of home run food options. Here is a guide to enjoying your next visit to Nationals Stadium and partaking in the great national pastime: eating!

Its not just the players who need to warm up for games; fans do too. While the professional athletes inside the stadium stretch and pop fly balls, sports fans flex their social muscles at the Bullpen, an open air festival space hemmed in by large, industrial chic shipping crates. Open two hours before game time through midnight, the Bullpen provides a great place for fans to congregate pre-opening pitch with games of corn hole, cool beverages and eats from D.C.’s finest food trucks. It also makes for a fun Plan B if the Nats aren’t playing so hot. 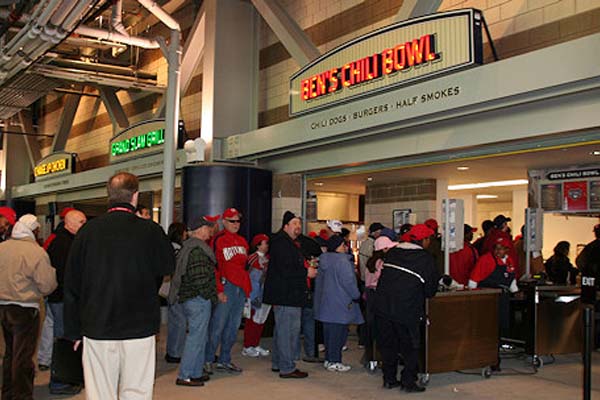 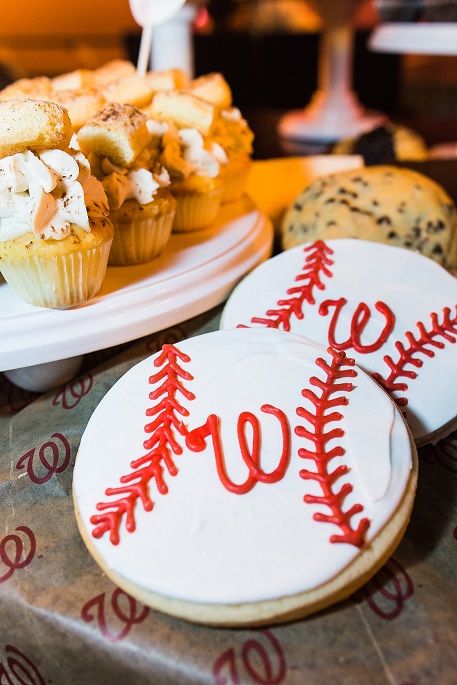 Fluffy Thoughts Cakes has just opened a kiosk at Nats Stadium. A rotating list of four jumbo cupcakes will be available at the kiosk with three set flavors including: Fluffetty cake with vanilla buttercream and sprinkles, chocolate cake with chocolate buttercream, red velvet cake with cream cheese frosting. For this Satruday’s game, Fluffy Thoughts will give away Gio Gonzalez autographs to fans who purchase a dozen cupcakes. But don’t feel too guilty about buying such an obscene amount of frosting, proceeds will benefit the Gio Gonzalez Foundation.

There is lots of good food to be found at Nats Stadium from now until September, so be sure when you’re root-rooting for the home team you make bring your “nattitude” and “nappitite” !