Taste of the Nation

Chefs Compete for No Hungry Kid 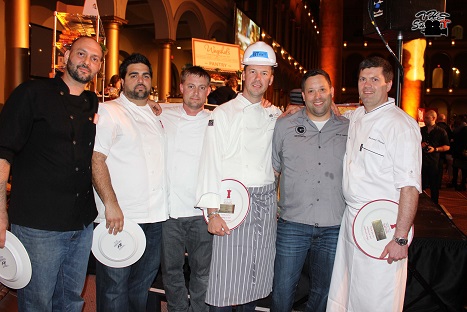 This Monday, April 8, 70 of D.C.’s top restaurants filled the National Building Museum for Taste of the Nation. The sold out event benefited Share Our Strength’s No Hungry Kid campaign to end childhood hunger in America. 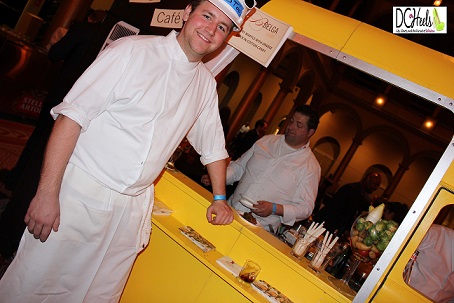 The folks at Belga Café prepared a curious delight, celery waffle with orange duck in cotton candy, served out of a mockup food truck. 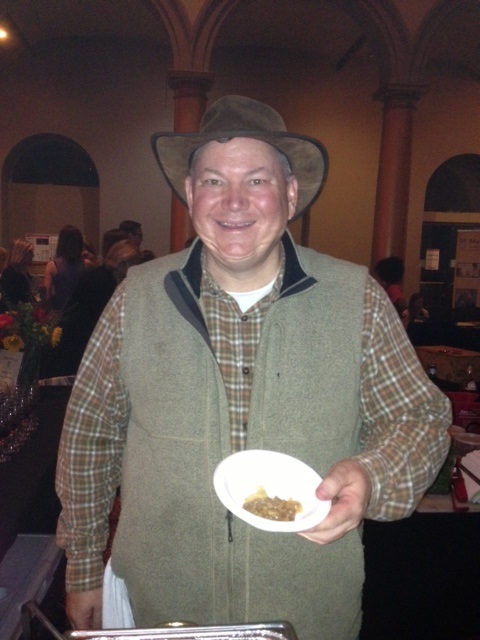 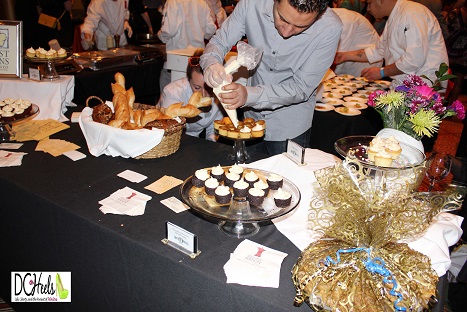 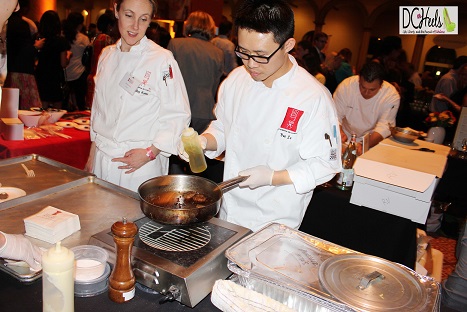 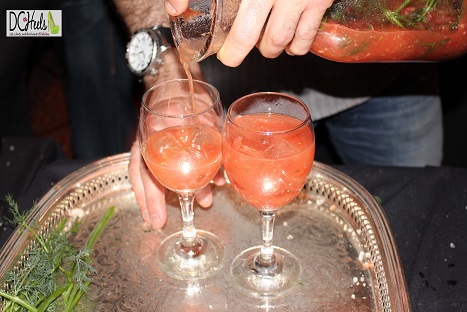 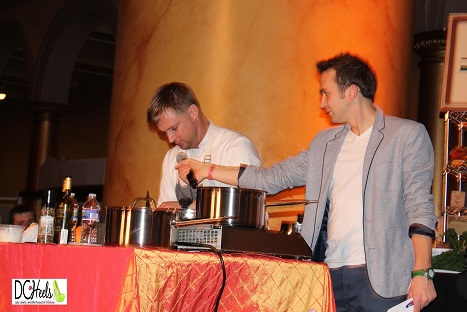 Six big name D.C. chefs took center stage for the night’s main event, a head-to-head cook off for MVP chef with the winner receiving a $5,000 check to donate to Share Our Strength. Locked in heated competition, the  contestants, many already seasoned veterans of the cooking show Top Chef, were given a mélange of ingredients and 20 minutes to chop, sauté and arrange their way to victory. 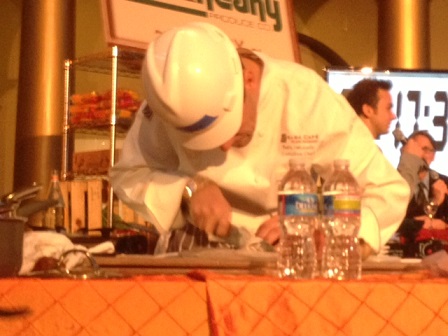 The three-round showdown saw, in its first heat, Bertrand Chemel (2941) square off against Bart Vandaele (Belga Café) as they prepared a rock fish dish. Vandaele wore a construction helmet to reinforce that this was serious business and to warn spectators against trying this at home. 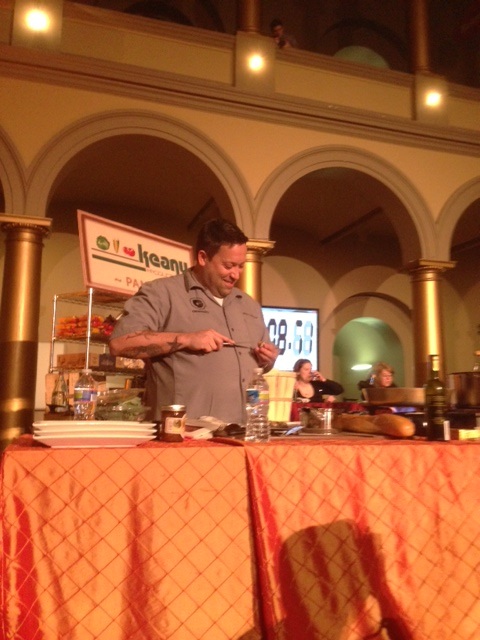 Mike Isabella (Graffiato) took on Victor Albisu (Taco Bamba) in the second round.

Bryan Voltaggio (Volt, Range) and John Manolatos (Cashion’s) shared in some good-natured smack talk during the third and final round. 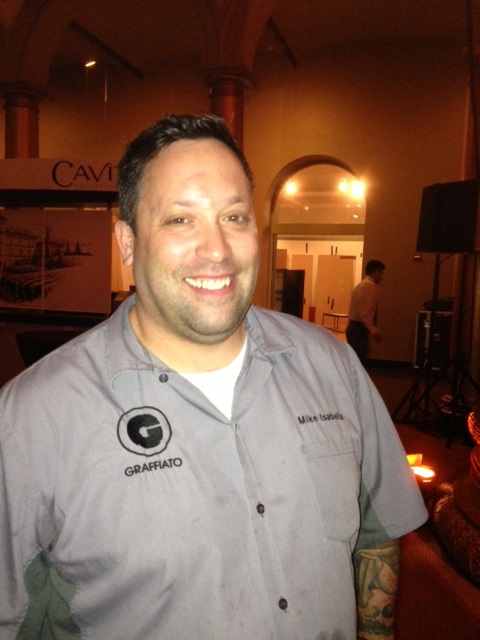 DC on Heels nabbed Isabella for a post-cook off conference. Earning his stripes with appearances on Top Chef, Isabella is no stranger to competitive cooking and let us into his game-time mindset.

“This is a fun event for a good cause, but I was shaking a bit up there. The competition brought back some scary Top Chef memories.”

The Top Chef flashbacks might have set Isabella off his game. When all votes were tallied, Voltaggio and Manolatos emerged as co-victors for MVP Chef. 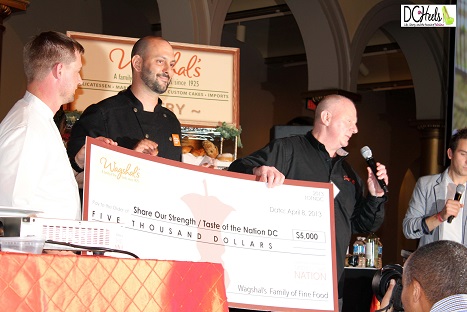 Taste of the Nation was a good time for a good cause that had everyone leaving a winner. Follow the link for more information on Share Our Strength’s work with child hunger.