When the Lady Pays

I am pretty open with the fact that I like manners; I think they’re sexy. As Corrine Bailey Rae said, “I have a weakness for etiquette.” And with that, yes, I do think the man should pay for the meal on the first date.

However, I do think some women take advantage of the mannerly gentleman out there who do pay for a majority of the dates they go on. So, I try to be mindful of this and offer to go Dutch a few dates into seeing someone. Other times, I offer to pay for the whole thing. This is usually when I no longer want to see him anymore. 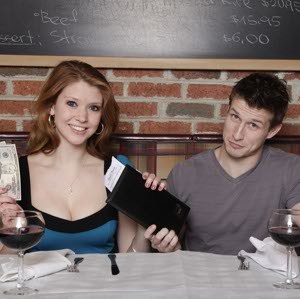 Sometimes I do it because the date was so good, and we’ve been on so many dates and I want to show him that I appreciate him. I realize that this can be confusing. How can you tell if the woman is paying because she likes you or never wants to see you again?

So, I set out to take an official poll — I asked my guy friends in a Facebook status — what they thought it meant when the woman paid for the date between dates one and five. Below are some of the highlights:

Guy 2: “She’s an independent woman, just returning the favor. That’s if she likes the guy. But she wouldn’t be on date if she didn’t. She’s a keeper. Lol”

Guy 3: “She is independent and does not NEED him, but, she likes him and is willing to share in the responsibility for the relationship. If it was earlier it might have indicated friend zone, but she waited until one of the later dates it means progress.”

Guy 4: “that’s friend zone period … and don’t sugar coat nothing … that how things get messed up … let each other know where u coming from.”

Say what you mean

… 30 posts later, the conclusion was this: sending signals with actions instead of verbal communications creates unclear situations for the both of you. When I paid for dinner in full early on, it meant I was interested. The meaning was the same when I sent a guy a shot I’d just met. It was a “toast to the douche bags and assholes,” if you will. I don’t think he got it because he then asked me out on a date.

Moral of the story: Don’t think people know what you’re trying to say through your actions. There are no right or wrong actions anymore — it all depends on who you’re with. So, just say what you mean to say. 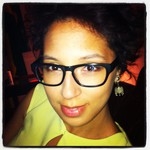