The Tuskegee Airmen… and Why Chicks Dig Guys Who Fly

It’s no secret that chicks dig guys who can fly… maybe it’s the Ray Bans?

And don’t worry guys, if you aren’t brave enough to be a pilot, training as an air traffic controller would be the next best thing. 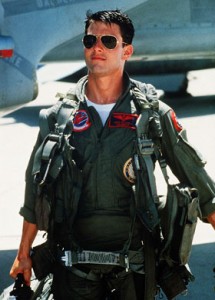 But way before there was the ‘Maverick,’ there were The Tuskegee Airmen — the real American heroes of World War II who are depicted in the new George Lucas movie Red Tails, which opens in theatres nationwide this weekend. 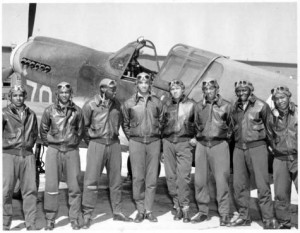 During World War II, the Tuskegee Airmen became America’s first African-American aerial combat crew in United States military history. They were trained in Tuskegee, Ala. at the onset of the war, but were denied access to fly in missions due to racial discrimination. That all changed in 1944 when the experimental flight training program for Black pilots — on the brink of being shut down — was called upon by the Pentagon to help win the war.

George Lucas has spent the past 23 years fighting with Hollywood studios executives to produce the film. He  finally put tens of millions of dollars of his own money into the project, which has become the only movie he has produced in more than a decade that is not connected to the wildly successful Indiana Jones and Star Wars movies.

In my new role as a movie correspondent for AMC Theatres, I got a chance to talk with George Lucas and the stars of the film, including Oscar-winning actor Cuba Gooding, Jr. and method actor extraordinaire Terrence Howard – to learn more about Red Tails. Take a look: Video: AMC Talks To The Stars Of ‘Red Tails’ 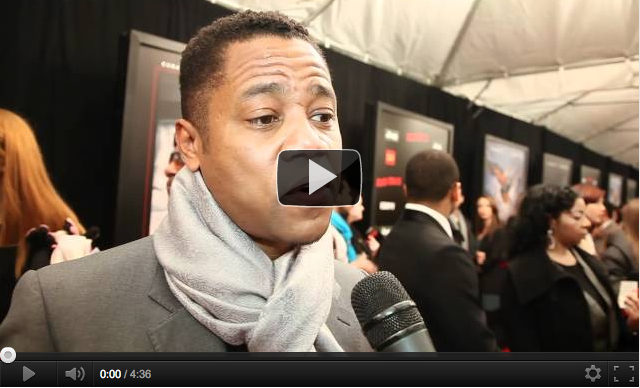 Various reports say George Lucas may create a prequel and a sequel to Red Tails IF it does well in the theatres. Will you go see it? Hit me up in the comments section and let me know!

P.S — Here are my Top 3 Reasons Why Chicks Dig Guys Who Fly:
1. Guys who fly are usually trailblazers and leaders of the pack (and that’s mucho sexy)!
2. Pilots have grace under fire and can keep their cool in dangerous situations (i.e. Captain Sully)!
3. Handling heavy machinery is H-O-T (weren’t the Tuskegee Airmen cuties back in the day?)!

P.P.S. – Special thanks to blogger AVIATION QUEEN for helping me brainstorm on this blog! BTW, she digs guys who fly because they wear Ran Ban sunglasses 😉