Don’t look for Eve the Tomb Raider in the new Angelina Jolie flick, instead the Hollywood bombshell is the mastermind behind the camera in In the Land of Blood and Honey, which is about a war-torn Bosnia. 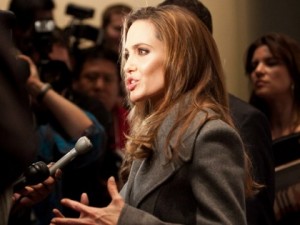 Angelina Jolie hit the red carpet in Washington for the premiere of her new Bosnian war drama.

The film is Jolie’s writing and directorial debut of a major film and opens tonight at the Landmark E Street Cinema in Washington.

"Blood and Honey" tells the story of Danijel and Ajla, two Bosnians from different sides of a brutal ethnic conflict,who struggle to keep their relationship alive amidst the conflict.

On Wednesday, Brangelina had a “low key” day (sans the kids and the large following of paparazzi that usually accompany them) with a visit to the White House, where they posed for a picture with President Obama and discussed Angelina’s work as a United Nations Ambassador where she has worked to prevent warfare violence against women. 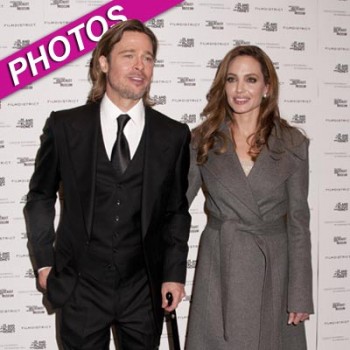 Brad Pitt and Angelina Jolie tone down the Hollywood sparkle for the DC red carpet. (Click photo to read more on Radar Online.)

The famous couple had productive trip as they not only hit the red carpet, but also raised awareness for their causes. Hopefully, this visit will show other celebrities that DC is a great place to drum up recognition for their global causes.