dconheels
Off
2011, celebrities, christmas, christmas tree, things to do

The holiday season is officially here. 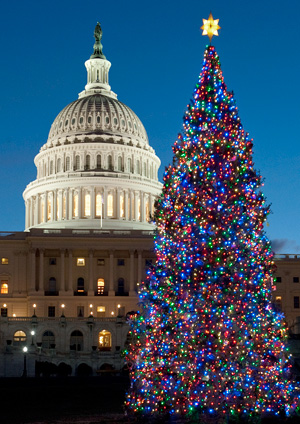 As if Black Friday, Small Biz Saturday and Cyber Monday wasn’t already a big huge (sales) sign, the official United States Capitol Christmas tree rolled into town on Monday with a police escort. ( Yes, apparently only Charlie Sheen and Christmas trees get police escorts in this town, outside of politicians). 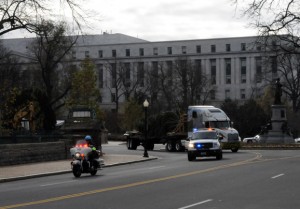 Yes, Virginia, there is a Santa Claus... and apparently a police escort for his Christmas tree sleigh!

If you’re looking for something fun to do to kick-off the holiday season, the official tree lighting ceremony will be open to the public on Tuesday, Dec. 6th at 5pm. It will be held on the West Lawn of the U. S. Capitol (Constitution and Independence Avenues in DC).

The Capitol’s tree will be lit by Speaker of the House John Boehner in a non-partisan ceremony. Meanwhile, this Thursday, Dec. 1 Boehner’s colleague, President Barack Obama will preside over the National Tree Lighting. 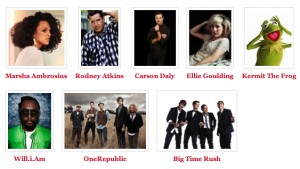 Carson Daly, Will.i.Am, Big Time Rush, Floetry’s Marsha Ambrosius and a slew of other celebs will be on hand to light the tree  on the Ellipse in President’s Park (17th Street & Constitution Ave.). Performances begin at 4:30 pm and the event is ticketed… but you can probably still see the stars and the first family if you get there early and hang out by the gates.
Are you going? If so, have fun!