Salahis Move to Beverly… Hills That Is

Washington’s favorite media-obsessed couple (or maybe least favorite depending on who you’re talking to) is packing up their bags and moving to Beverly Hills. The Virginia couple will be sealing the deal on their new West Coast diggs sometime this week, according to an earlier report by TMZ.com. 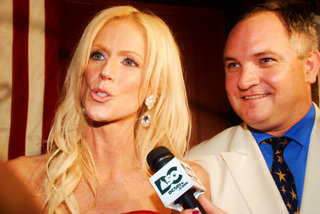 DC on Heels covered the Salahis at their "Real Housewives of DC" premiere party.

According to real estate website Zillow.com, the defunct Real Housewife of DC, Michaele Salahi and her husband Tareq, will rent the mansion shown below for a reported $20,000 per month. 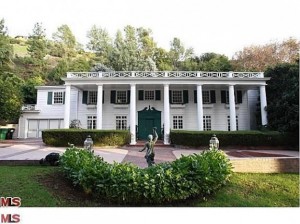 Even though the Salahis breached national security, bastardized a presidential state dinner and caused people like former White House Social Secretary Desiree Rogers to lose their jobs, the reality TV show couple is looking to get past all of the drama that swarmed around them in the D-M-V.

Their new plan is to start over in the land of stardom and search for fame in a more appropriate zip code. They also plan to have a baby, according to TMZ.com.

There is no word yet on if any of the Real Housewives of Beverly Hills are going to throw the Salahis a house warming party to welcome them to the neighborhood.

So Long Salahis: DC on Heels' Vanessa and Markette celebrate a polo match win with Tareq and Michaele at America's Polo Cup.

What do you think of the Salahis move? Do you say “See ya, wouldn’t want to be ya!” or do you wish them well? Post your thoughts in the comments section below.