Johnny Depp and Penelope Cruz star in the fourth installment of the high grossing action-adventure series, Pirates of the Caribbean: On Stranger Tides. 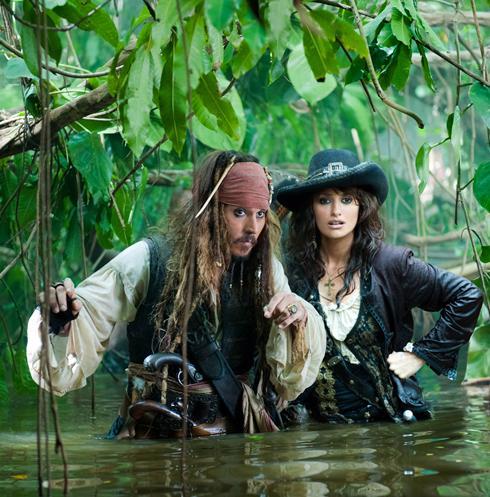 Depp and Cruz have chemistry in 'Pirates 4.'

The flick, directed by Rob Marshall, has already earned more than $18 million overseas — and judging from the crowds of giddy fans dressed in pirate costumes (yes, you read that correctly) at the only sneak preview of ‘Pirates 4’ in the Washington area on Monday night — the movie will rake in even more cash in the United States. 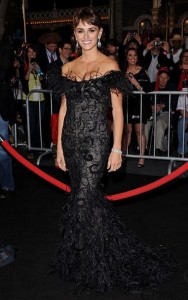 Penelope Cruz sparkles in lace and sequins at the premiere of 'Pirates 4.'

‘Pirates 4’ opens up with Captain Jack Sparrow (Johnny Depp) on trial. But in a case of mistaken identity it seems as if the British High Court has captured the wrong man.

Things get even trickier when Cpt. Jack’s gilted ex-lover Angelica (Penelope Cruz) is found masquerading around London as a more feminine, yet fierce version of himself.

The heated battle for Cpt. Jack’s identity (and dignity) boils over when, on a journey to find the fountain of youth, he finds out that the ship’s first mate is (gasp) A WOMAN.

If you’ve seen and liked the previous installments of Pirates of the Caribbean then you will like this one, too. It’s fast-paced, quick witted and Johnny Depp is hilariously charming… in a harmless drunken pirate kind of way.

Missing from this film: Orlando Bloom and Keira Knightly. And although it is an obvious break from the precedent set by the first three movies, their absence did not take away from the entertainment factor of the latest fantasy thriller. 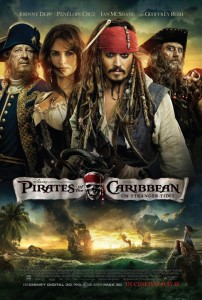 The Washington area sneak preview was in 3-D, which adds to the excitement as the ships seemingly jump out of the screen and into the movie theater, but the special effects coupled with Depp’s jumbled and slurred speech can be a bit much take in if your sitting in the first five rows of seating.

Overall, this movie gets 3 out of 5 stilletos for the DC on Heels crowd. It’s perfect for a date night or hanging out with your teenage kids or nieces and nephews — but it’s totally not something you should go into looking for depth and sincerity (or Orlando Bloom and Keira Knightly, for that matter). You must have a good sense of humor.

The film, rated PG-13, opens in theaters in Washington on May 20.

Special thanks to Dean Rogers of the The Rogers Revue for inviting me to be a guest critic for this movie.