The 3rd Annual Newsbabes Bash for Breast Cancer is tonight! 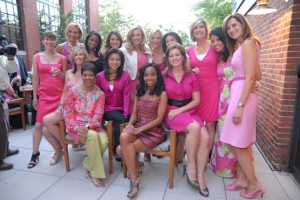 Recognize any of these ladies? DC's official "Newsbabes" gather for a group photo at the 2010 event. 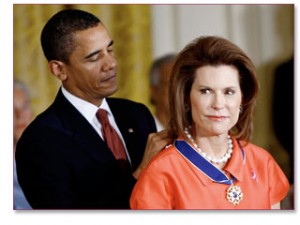 Nancy G. Brinker receives the Presidential Medal of Freedom from President Obama. It is the highest civilian honor awarded to United States citizens.

The Newsbabes Bash for Breast Cancer is a kick-off event to the annual Susan G.Komen Race for the Cure on the National Mall. It began in 2009 when a group of friends who work in the TV news industry decided to get together for one cause.

Click here to see photos from the last Newsbabes Bash.

In addition to the honorees mentioned above, special guests of Newsbabes include:

This year’s pink cocktail affair takes place at The Fairmont on M Street NW from 6:30 to 8:30pm (ticket info here).