There are few occasions where it is acceptable to wear tennis shoes at a Black Tie event, but the Tennis Ball II gala was one of them! We got the backstage pass at this sold-out monumental event, which celebrated the 10th anniversary of the Southeast Tennis and Learning Center. 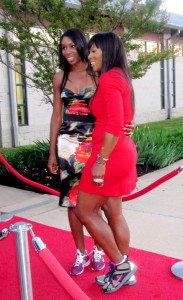 Venus and Serena posing on the red carpet.

Among the 500 gala attendees were V.I.P. A-listers, including none other than Venus and Serena Williams and D.C. Mayor Vincent Gray.  They graced the red carpet to show their support for the children at the tennis center. 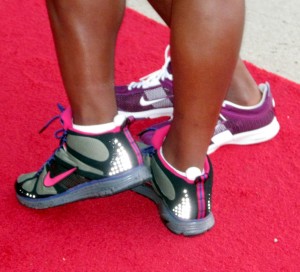 Even the celebrities wore sneakers to show their support. 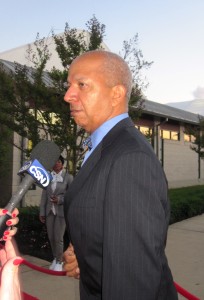 “Mayor Vincent Gray expressed his enthusiasm for being a part of this event. 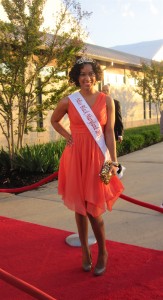 Venus herself is no newcomer to this youth tennis center, as she has played matches at the recreation facility herself.  Venus said, “Serena and I are proud to be a part of this 10th anniversary celebration as we have watched the growth of the Southeast Tennis and Leaning Center from its groundbreaking.” 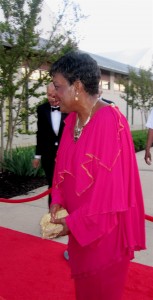 The woman behind the creation of the tennis center, Cora Masters Barry.

Gala attendees were treated to a fabulous night of dinner and dancing.  All proceeds from the event will go towards more tennis clinics and resources at the center.  Even the children who go to the center were present at the event, in a special “Blacks in Wax” production.  This was a highlight of the night as the enthusiastic kids showed off their theatre skills in this epic Black History Month production. 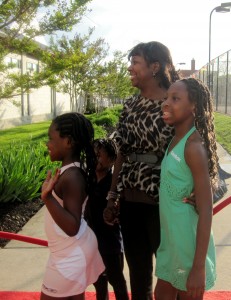 Young girls imitate Serena and Venus Williams for the “Blacks in Wax” performance. 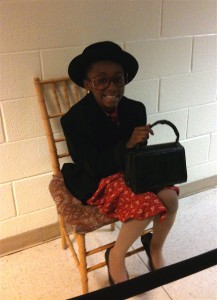 A local tennis player at the center plays Rosa Parks for “Blacks in Wax.”

The second annual Tennis Ball gala really hit the ball out of the court! 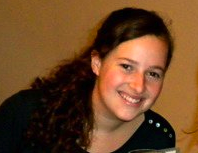