Grammy-nominated songstress Carolyn Malachi stars in the Washington area production of The Vagina Monologues on Friday, April 29 and Saturday April 30 at the Montgomery College Performing Arts Center in Silver Spring, Md. The Washington native is best known for her soothing sounds (a blend of jazz, pop and R&B) that garnered her a 2011 Grammy nod for best urban/alternative performance. 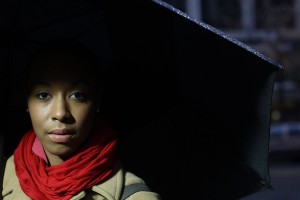 The production is part of V-Day, a global movement to help end violence against women and girls. Through a series of creative events and local productions of the popular Eve Ensler play based upon hundreds of interviews with women about female sexuality, The Vagina Monolouge‘s serves as a catalyst to help raise awareness and funds.

The DC production of The Vagina Monologues is produced by Fashion Empowering Women and also stars Ms. Black America DC Kamilla Collier Mullin, Delegate Joseline Pena Melnyk of the Maryland House of Delegates (District 21), TV and Radio personality April Watts of What’s Hot Washington, Desiree Samira, CEO of Desiree Samira Ent., Christine Brooks-Cropper, president of GWFCC,  Lindsey Mask, founder of Ladies DC and many more… (and since DC on Heels is a truly transparent organization, I thought I would also mention that I am starring in the play and that I am humbled to be reciting the “Vagina Happy Fact” and “Not So Happy Fact” on stage alongside so many accomplished women).

For the 2011 V Day global fundraising efforts, the spotlight is on the women and girls of Haiti, where high levels of violence and sexual assaults have been committed against its female population at an alarming rate since the devastating earthquake of January 2010.

Tickets are on sale now: $35 General Admission and $25 Student Admission. They are available for purchase online at Eventfarm.com/vday2011.

See you at the play!

Click to get your own customized monthly showroom of shoes and more!