Come join DC on Heels for a special sneak preview of the new Kate Hudson romantic comedy, Something Borrowed. In theaters May 6, the movie is produced by Oscar-winning actress Hillary Swank. It also stars Ginnifer Goodwin of HBO’s Big Love and John Krasinski from NBC’s The Office. 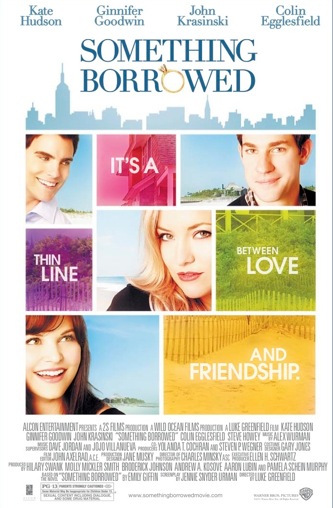 Scroll to bottom of page for free movie ticket info.

Rachel (Ginnifer Goodwin) is a talented attorney at a top New York law firm, a generous and loyal friend, and, unhappily, still single — as her engaged best friend Darcy (Kate Hudson) is constantly reminding her. But after celebrating her 30th birthday, perpetual good girl Rachel unexpectedly ends up in the arms of the guy she’s had a crush on since law school, Dex (Colin Egglesfield)… who just happens to be Darcy’s fiancé.

As one thing leads to another in the frantic weeks leading up to Darcy’s wedding, Rachel finds herself in an impossible situation, caught between her treasured friendship with Darcy and the love of her life. 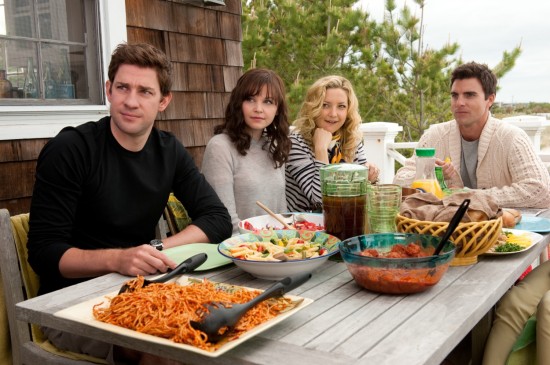 John Krasinski stars in the romantic comedy as Ethan, Rachel’s constant confidante and sometimes conscience, who is busy evading the affection of Darcy’s hopelessly love-struck friend Claire (Ashley Williams) while harboring a secret crush of his own; and Steve Howey as the charming and irrepressible Marcus, whose designs on Rachel don’t necessarily exclude any other woman who catches his eye.

Something Borrowed is directed by Luke Greenfield (The Girl Next Door) from a screenplay by Jennie Snyder Urman, based on the best-selling novel of the same name by Emily Giffin. 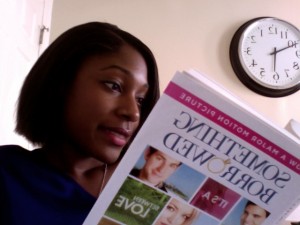 Yep, that's me... checkin' out the book before I see the characters come to life in the film. See you on May 3!

And now the fun part…

We have 40 free tickets to the special screening on Tuesday, May 3, so hurry! Log on to www.gofobo.com/rsvp for your complimentary tickets to an advance screening of Something Borrowed in Washington. Then input the following code: DCHEEL7267 to download your tickets.