Prince William may be refusing to wear a wedding ring, but Kate Middleton is all about the bling… and the accessories.

The princess-in-waiting with the sapphire engagement ring has been spotted in the trendy London boutique, Accessorize. A DC on Heels source says she was perusing down the aisle of fascinators, a whimsical type of headband that can be found atop the heads of only the most daring fashionistas. 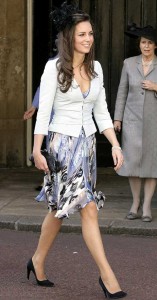 The boutique started out in London as an accessory line, but quickly expanded in 1984 into the retail market, offering an array costume jewelry, trinkets, handbags, hats and Union Jack-themed merchandise in a brick & mortar store environment. 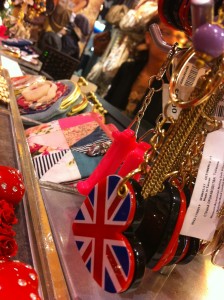 'Union Jack' is the nickname of the British flag... kinda like 'Old Glory' only more civilized

With its own in-house design team, Accessorize saw exponential growth in the 1990s and expanded to include more than 300 stores across England (800 around the world). Finally, in May of 2010 they forgave us Yanks for that whole Tea Party thing (the 1773 Boston one, not the recent Sarah Palin one) and ventured across the pond to open their first American-based store in Washington’s Union Station. 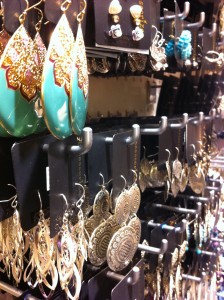 Eclectic earrings adorn the walls of the Union Station boutique

I recently visited the Accessorize boutique on Capitol Hill in a delirious search for my invitation from Prince William to the royal nupituals… only to find a whole bunch of  cute thingamabobs instead. 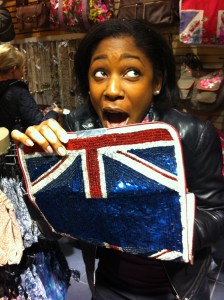 My invitation must have gotten lost in the mail! 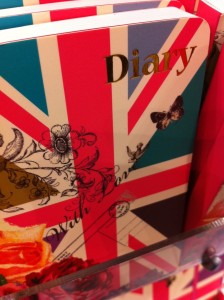 Dear Diary... I so wish I was going to the royal wedding... 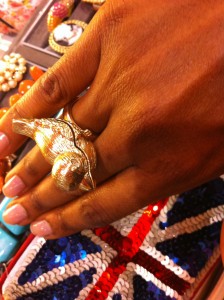 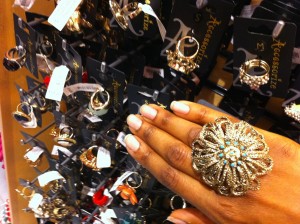 There's plenty of rings to go around! 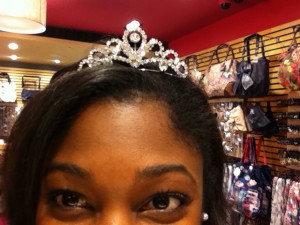 Crown Jewels: a Tiara fit for a fashionista. 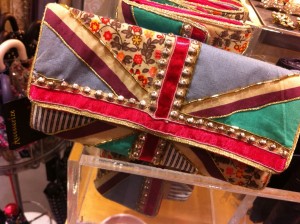 British Patchwork: I wonder if Kate Middleton will need one of these after April 29? 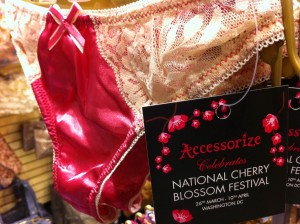 These Cherry Blossom panties were a gift from China... just kidding. (Touché, I know.)

After all of that shopping, this is what I finally went home with: Peacock earrings and a Union Jack cell phone charm.

Are you planning on attending a royal wedding watch party on April 29, and if so will you be rocking a Union Jack accessory?

Leave me your response in the comments section below.