The National Cherry Blossom Festival kicks off this Saturday, March 26 and to celebrate Washington’s signature springtime event, area restaurants are serving up an array of Cherry Blossom inspired entrees, desserts and cocktails. 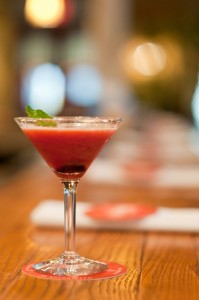 During the 16-day long festival, local chefs and mixologists will “Cherry Pick” their favorite recipes to complement the peak bloom of Washington’s most celebrated natural beauty. And to show off their Cherry-themed concoctions, Washington’s restaurant association teamed up with the Cherry Blossom Festival and DC’s tourism agency to offer a VIP tasting of their culinary delights. 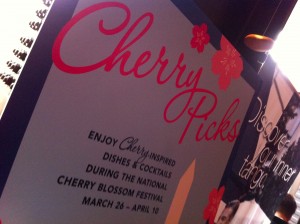 The event was held at Zengo in Chinatown, whose executive chef served up a grilled shrimp with a chile-cherry marinade that was to die for! As for the other dishes on display, they were equally de-lish (as the photos below illustrate) — and yes, there was a cherry in every bite! 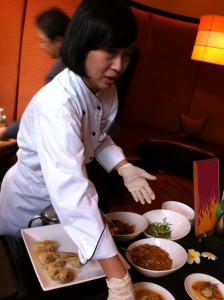 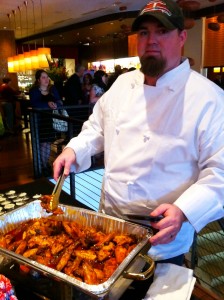 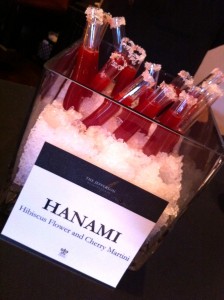 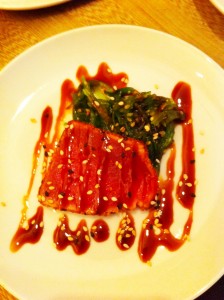 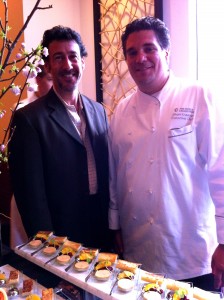 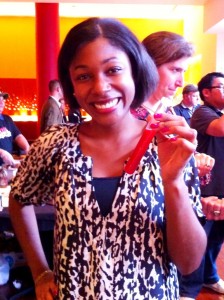 Markette's Cherry Pick: the hibiscus flower and cherry martini served with a lemon grass sugar rim from Quill at the Jefferson Hotel.

For a full listing of resturants offering a special menu inspired by the National Cherry Blossom festival, click here.