When you think about traveling to cities, you might think primarily about bigger and more well-known cities, but there are plenty of smaller cities that make great travel destinations throughout the country as well.

In the southern section of the country, there are mountain cities that are small enough to feel like towns with quaint charm, but they are big enough to offer entertainment and incentives to visit. The following are some of the best southern mountain cities to think about visiting: 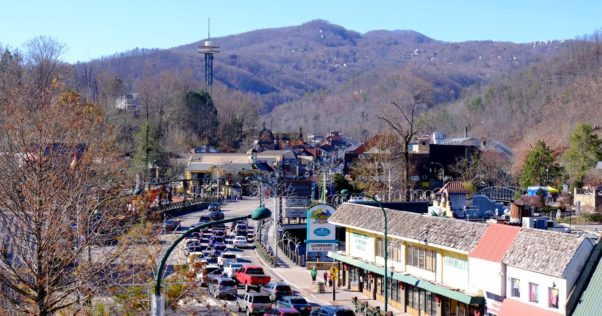 Gatlinburg, Tennessee is described as a mountain resort city that is about 39 miles from Knoxville, Tenn. It is small with only a population of a few thousand, but it draws millions of tourists. Gatlinburg and nearby Pigeon Forge are known as some of the most popular tourist destinations in the country thanks to their proximity to Great Smoky National Park as well as the many attractions the area is known for.

Gatlinburg itself was modeled after an old German town, and there is a focus on arts and crafts in the area. As far as attractions, there are dinner shows and theaters, the Dollywood theme park and nearby Dollywood Splash Country, shopping and more.

Asheville, North Carolina is a thriving mountain town in the Blue Ridge Mountains. It is a progressive and forward-thinking city, with a great culinary scene and a lot to offer both visitors and residents. The historic Biltmore Estate is in Asheville and is worth visiting the city in and of itself. There are seasonal events and decorations at the stunning Gilded Age home, and there is an on-site winery, restaurants, shops and gardens.

The Asheville River Arts District is set in a once-industrial area, and there are now more than 250 artisans who work here and sell their items. You can drive along the Blue Ridge Mountains or have a drink at the Grove Park Inn.
Asheville is one of the top beer cities in the country, and Sierra Nevada and New Belgium Brewing both have their East Coast headquarters in the city.

Dahlonega is a mountain destination in northern Georgia. It is considered the heart of the Georgia Wine Country, and it is only an hour north of Atlanta, so you could take a day trip if you are visiting that city. Other cities that are relatively accessible from Dahlonega include Knoxville, Birmingham, and Chattanooga. Dahlonega is in the Blue Ridge Mountains, and Southern Living often ranks it as one of their favorite destinations in the south.

Dahlonega serves as the southern entrance to the Appalachian Trail, and in September there is the annual Dahlonega Trail Fest. Due to the number of vineyards and wineries like Vander Creek and the Habersham Winery, it is often called the south’s Napa Valley. The downtown is listed on the National Register of historic places, but is still full of live music venues, cafes and shops. If you want to relax and recharge, visit the Dahlonega Spa Resort.

Chattanooga feels like a fairly large, modern city, and it is a unique gem in the south. Chattanooga is the fourth-largest city in Tennessee, and it has been working to draw in a lot of new business contributing to its growth.
Chattanooga is bordered by Georgia, and it runs along the Tennessee River. It is also a hub of transportation.

The city is actually a transition point between a portion of the Appalachian Mountains and the Cumberland Plateau, and since it is surrounded by mountains, the nickname for Chattanooga is the Scenic City. The Tennessee Aquarium is one of the popular attractions in the city because it is one of the largest freshwater aquariums in the world. Rock City Gardens offers a 4,100-foot path on Georgia’s side of Lookout Mountain. You can walk along the 180-foot suspension bridge or go through the boulders at Fat Man’s Squeeze. Ruby Falls is along the Tennessee River Gorge very close to downtown, and it i0s one of the most popular attractions at Lookout Mountain along with the Lookout Mountain Incline Railway.

Tweetsie Railroad is a western-themed amusement park, you can do the Boone Area Wine Trail or you can visit Blowing Rock, which is adjacent to Boone and is a charming small town.